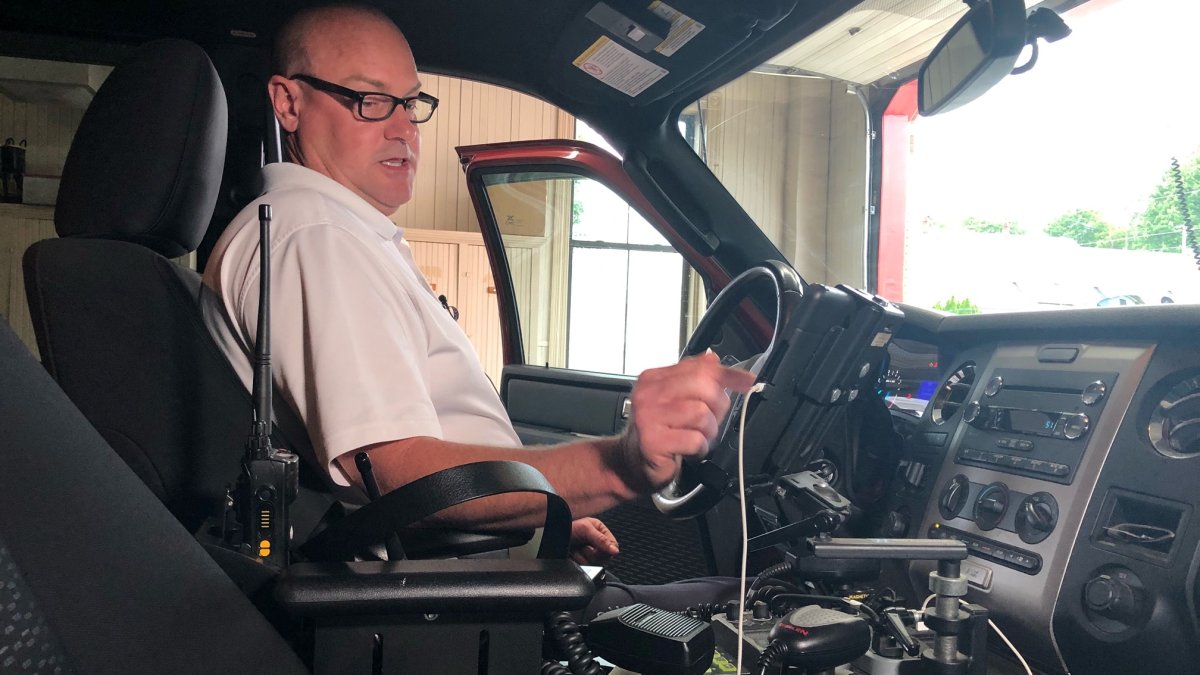 Meriden’s Fire Department saved two hikers lost inside Giuffrida Park on Thursday and they were able to save the pair thanks to the Rapid SOS software and app.

“The ironic part about this call was that earlier in the day, our communications director from the dispatch center hooked us up with an app called Rapid SOS,” said Meriden’s Deputy Fire Chief Ryan Dunn.

Rapid SOS is a software and app that allows 9-1-1 operators and now Meriden firefighters to pinpoint a person’s location after they call for help. Thursday marked the first day and the fire squad put it to use.

A call came on Thursday just before 8:00 about a hiker lost inside the park. Within 20 minutes, firefighters were able to get to the park and find the two hikers. The two women got away with only a few scrapes.

“It turned it into a 20-minute basically retrieval, we’re able to get them, they were in good shape, good spirits,” said Deputy Chief Ryan Dunn. “The time for us to find those people is somewhere in that range of an hour, maybe an hour and 15 minutes.”

Shyheim Johnson tells NBC Connecticut he was at the park yesterday when first responders got to the trails.

“I just saw a couple of ambulances and fire trucks and I didn’t know what was going on,” Johnson said. “It actually makes me feel pretty comforting that technology is going along with the days.”

Ryan Bisi is an avid hiker and he tells us he’s glad first responders have the tool in their arsenal.

“Especially like if you were out there and it was starting to be like hours and hours, like you would start to panic so it’s good to know that they can get to you quick,” Bisi said.

Meriden’s Fire Department is planning to install Rapid SOS in all of their vehicles and they recommended keeping your phone charged or bringing a portable charger if you plan to hit the trails.