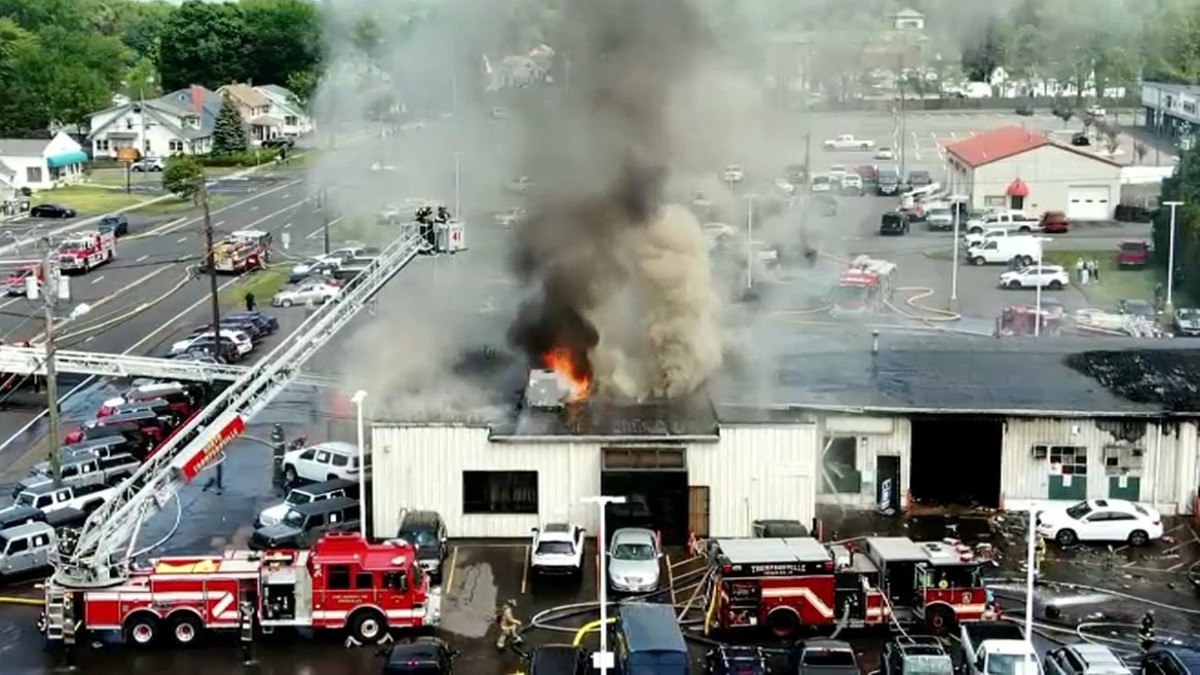 A large fire tore through a well-known auto dealership on Route 5 in Enfield Friday morning.

Firefighters responded to Artioli Dodge Ram at 525 Enfield Street just after 8 a.m. and found heavy smoke and fire coming from the building.

The fire appeared to have started in the service bays and eventually made its way into the showroom, according to Chief David Deskis, of the Thompsonville Fire Department.

An employee suffered smoke inhalation and minor burns and was taken to the hospital, Deskis said.

The fire heavily damaged the dealership and jeopardized the structural integrity of the building. Chief Deskis said the building was a “total loss” and would have to be torn down.

He said there was one car in the service bays and several cars in the showroom that were also a total loss.

It was too early to determine what may have caused the fire, he said.

The dealership has different oils, greases, and gasoline in the service bay and the Department of Energy and Environmental Protection was called to the scene to determine what kind of cleanup will be needed.