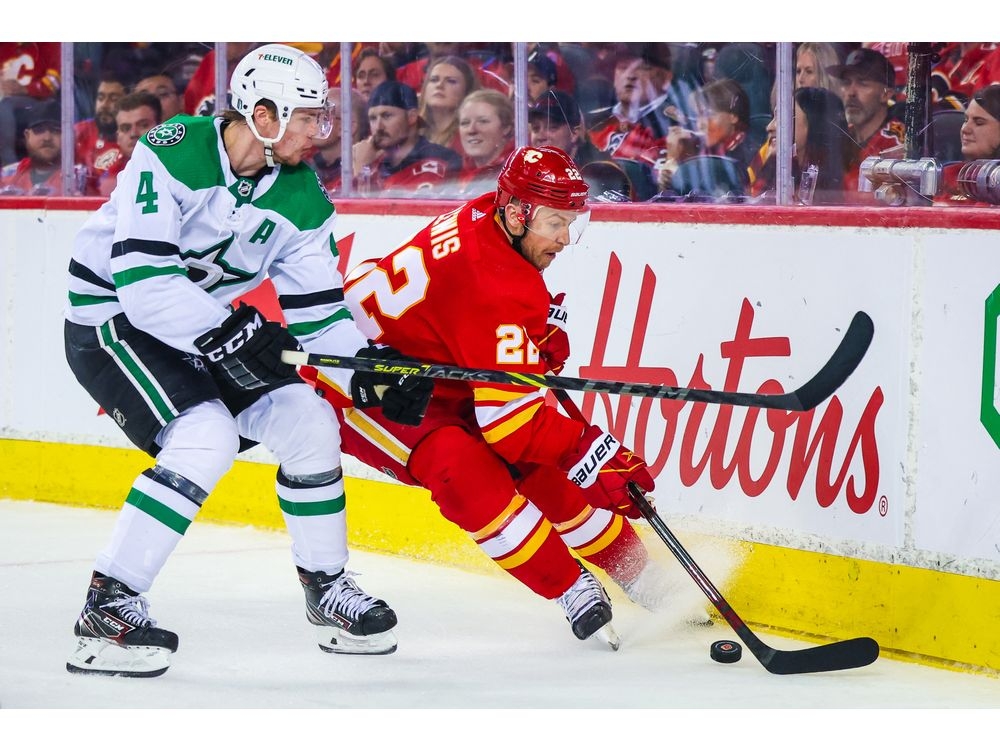 For the first 11 minutes of Tuesday night’s game, Jacob Markstrom didn’t have much to do.

The Calgary Flames goalie dutifully manned his crease and stayed attentive as his teammates dominated the Dallas Stars in the early-going of their Game 1 playoff matchup.

There was lots of action around him, but the Stars didn’t manage to put an actual puck on net until just over 11 minutes in when Tyler Seguin finally register his team’s first shot of the game.

Asked if he was bored, Markstrom just let out a little chuckle.

“No, not really,” Markstrom said. “If we’re shooting the puck and scoring goals, then they’re not shooting at me, so I just have to stay focused and relaxed and don’t start chasing the game.

“Eventually, you know it’s going to come to you.”
While Markstrom didn’t have his busiest night between the pipes on Tuesday, he did everything that was asked of him. He faced a grand total of 16 shots against the Stars, and turned away every single one of them.

There were long stretches where the puck never came his way. In the first period, her saw only three shots. Same thing in the third.

“He’s had to do it lots this season,” said Flames coach Darryl Sutter, when he was asked about if there was a trick to goaltenders staying focused when they have so little to do.
Sutter pinpointed goaltending as being one of the keys to the Flames’ first-round series against the Stars, and it’s worth noting that Markstrom’s counterpart in the Dallas net, Jake Oettinger, was also very solid on Tuesday evening. He stopped 25-of-26 shots and looked completely unfazed by the first playoff start of his career.

It was Markstrom who got the shutout, though, after leading the NHL with nine shutouts in the regular season.

Not that anybody was worried about his ability to perform in the playoffs, but Markstrom was a wall on Tuesday. Combined with an exceptional defensive performance from his teammates, and it was an encouraging start to what is hopefully a long playoff run.

“For the most part, we kept the puck in their end and created more than they created and got rewarded with a 1-0 win, which was huge,” Markstrom said.