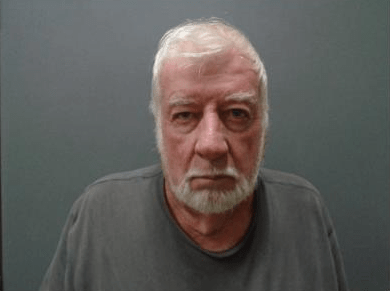 PLAINFIELD, Conn. (WTNH) – Plainfield police arrested a man for pointing a firearm at a woman while they were both driving down Sterling Hill Road on Thursday.

A woman called Plainfield police late Thursday afternoon, claiming that while she had been driving down Sterling Hill Road a man aimed a firearm at her from inside his car. When officers arrived, she gave them a description of the man’s car.

Officers said they made contact with the suspect’s car on South Main Street in Moosup, and they did a “motor vehicle stop” on the car, according to the press release.

The suspect was identified as Clarence Bonneau, 79, from Moosup. After searching Bonneau, officials found a loaded Byrna HD less lethal handgun in his car. He was taken into custody without further incident.

Bonneau was charged with breach of peace in the second degree, threatening in the first degree, and criminal use of a firearm or electronic defense weapon.

Police said he was released on a $5,000 bond and is scheduled to be arraigned on August 1.