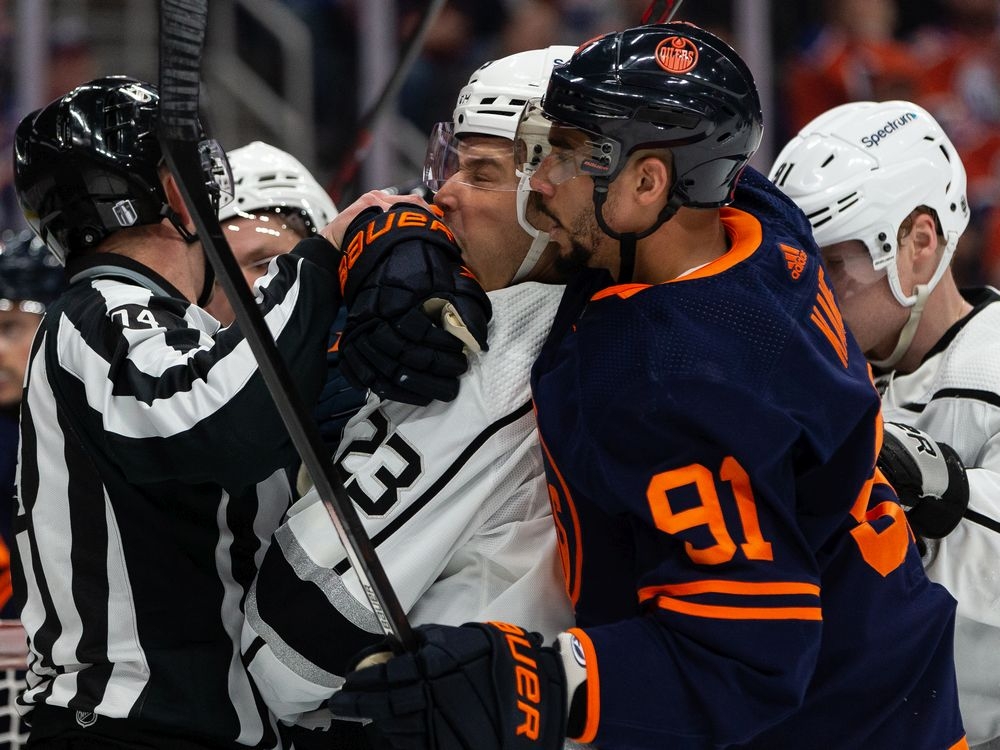 The long-serving and long-suffering veterans of the Edmonton Oilers rebuild have waited for this opportunity for as far back as they can remember.

They know there aren’t any guarantees, but just getting to the post-season with a realistic chance to do something special is all they’ve ever asked for. Now that that day is here, they can’t help but savour the butterflies.

“It’s exciting to be heading into this meaningful time of year,” said defenceman Darnell Nurse, who’s in his eighth season with the organization. “It’s what you prepare for all summer, what you play for all regular season. This is the real deal. This is what it’s all about.”

To be embarking on this journey with a team this deep, this strong and this close, makes the whole thing even more compelling. With the third-best record in the NHL since they made their mid-season coaching change, the Oilers truly believe they are one of the top teams in the tournament.

This first round series with the Los Angeles Kings is their chance to start showing what they can do.

“There is obviously a lot of confidence in our group,” said Nurse. “We’ve played some really good hockey as of late, over the course of a few months.”

This will be the third year in a row Edmonton made the playoffs, which is a big step in the right direction considering it’s the first time that’s happened since 1999-2001. But they bowed out in the first round in each of the last two seasons and realize that suffering a similar fate is simply not an option.

They’re also convinced that they are much better-equipped, from personnel and experience standpoints, to finally get over that first hurdle.

“Our depth is just better,” said 55-goal scorer Leon Draisaitl, who’s also in his eighth season with Edmonton. “We have players who’ve been there and done it and have experience.

“Also, we’ve learned from the experiences we’ve had the last couple of years. We all know we weren’t happy with how it ended. We tried to learn from it and take the next step. We have to show that in this series.

Now that they’ve been here a few times, the players admit they’re feeling more at home than they did in 2020 or 2021. And with fans in the building, it feels more like a real playoff series than any of the bubbles did.

“You still get butterflies going into the playoffs, but there’s a sense of comfort when you get into games and these situations more and more,” said Nurse. “We want to make it something that is consistent year in and year out. We have to keep punching our ticket and giving ourselves a chance.”

Even a first-timer like Evan Bouchard, who watched from the taxi squad last season, can sense a different vibe around the team and the city.

“We know the playoffs are a different breed,” he said. “You have to be ready for that next step.
“Last year was definitely not the result we wanted after a hard season. I think everyone on the team learned from that. We don’t want the same experience to happen. We’re coming in well-prepared and really hungry.”

For Nurse, waiting this long, and then having to spend the last week wondering if a leg injury might push him to the sidelines was brutal. So is not being 100 per cent when his team needs him most.

“That’s part of being an athlete,” he said. “You preach staying even keel and this is one of those things where you’re dealing with something for the last week.”

One of the key differences in this year’s team comes from the addition of three battle-tested veterans who helped change they dynamics of the entire team. Zach Hyman, Evander Kane and Duncan Keith bring grit, tenacity and a wealth of post-season experience.

“It gives us a lot more options than in the past,” said Draisaitl. “A lot more depth. They are three really good players who’ve been in the playoffs and done this whole rodeo. It’s nice to have a little bit of experience in our dressing room.”

But however Kings coach Todd McLellan wants to deploy Anze Kopitar and Phillip Danault against Connor McDavid and Leon Draisaitl might not impact Jay Woodcroft’s strategy at all.

“I would never want to let another team’s bench dictate who I put on the ice,” said the Oilers coach. “Especially when you have some of the players we have. I like being flexible.

“We have a lot of really good players and I feel confident with them on the ice against anybody. I don’t want to be prisoner to something that was decided beforehand. I try and use the real time information that the players give us.”