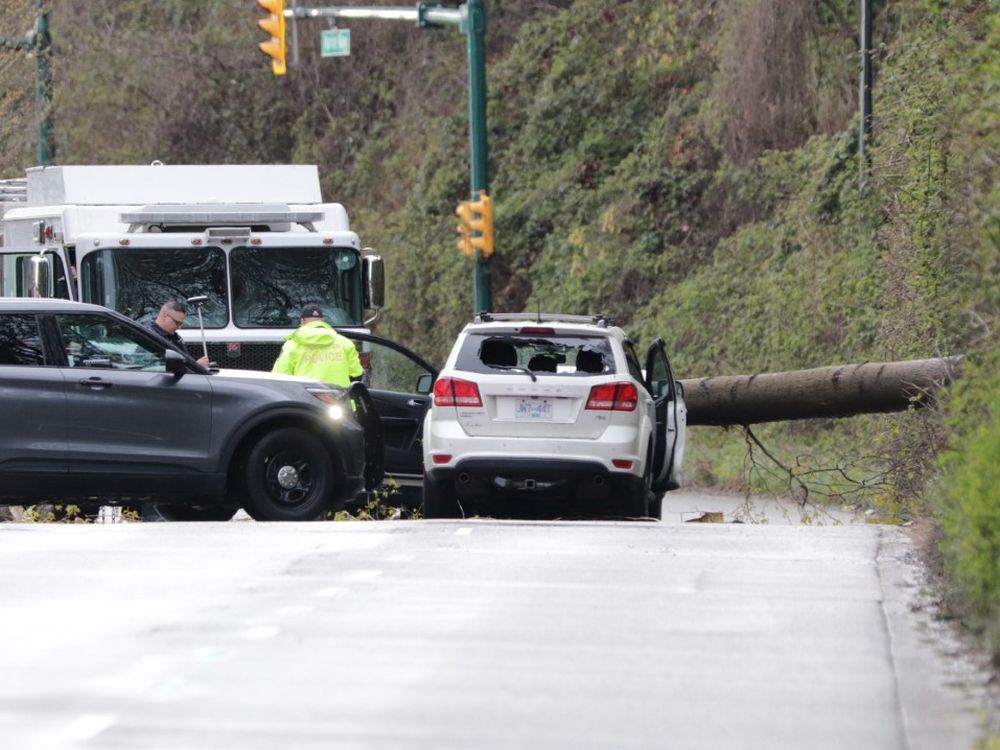 Re: One dead after tree falls on moving car in South Vancouver

The grim scene on SE Marine Way in Vancouver last week where a dead tree fell and killed a person in a car is a grim reminder of the constant danger of older trees in our city. I use your coverage to urge the Vancouver Parks Board to be more vigilant in addressing this issue and draw their attention to two dead Alders standing 20 metres high on the west side of Kerr Street hill only one kilometre from last week’s fatality.

These trees are at best a short-grained wood, but when dead they present an impending disaster. I’m always checking them out as I drive by.

I want to know what caused this fire and why it spread so quickly. I saw the fire and flames were shooting 50 feet in the air above the building. I heard that the building had a sprinkler system. Is that true, and if so did it function correctly? And if it did function correctly, why was it so ineffective? The Winters Hotel was an old building, but I believe it was upgraded about 10 years ago, and I assume the upgrade would have included installation of a sprinkler system. We need answers to these question to prevent a similar occurrence in the future. I understand there were no deaths or serious injuries resulting from the fire, but next time we may not be so lucky. I expect our investigators are working on it and will produce a report and recommendations in due course.

Re: Workers deserve the secret ballot when deciding whether to join a union

Even as a labour supporter and union member, I agree with much of what Chris Gardner of the anti-union Independent Contractors and Businesses Association says in his opinion piece, and I’m sure that much of the public would see it that way as well. Removing the requirement for secret ballots is not likely to be of much benefit to workers anyway. What the B.C. government can and should do better to protect workers (to help “ensure that every worker has the right to join a union and bargain for fair working conditions,” as stated in Labour Minister Harry Bains’ mandate letter) is to expand the successor rights that are included in the 2020 Labour Code updates.

Currently, these apply only to a limited number of specific industries. All workers — especially now with the “gig economy” being a part of more and more industries — should not fear loss of their jobs, or reduced wages and benefits, through contract flipping. This is the tactic used to replace staff with a labour-supply contract, or replace one labour-supply contractor with another, often retaining the same staff. It has and is taking place here in B.C., and increasingly throughout North America, as a means of removing or preventing union representation. Expansion of successor rights would receive public support.

To mask or not to mask? That is the question

Re: Peter McKnight: Ending mask mandates in schools beyond foolhardy

A child can be an efficient carrier of COVID-19 without even knowing it. They can have it, but be asymptomatic. They can have symptoms, but ignore or hide them for fear of ridicule and/or isolation.

Optional masking means that very few kids, if any, will wear one. Your child may leave home wearing a mask, but there’s a very high probability that it will be removed shortly after. Kids are very susceptible to peer pressure, as we all know. Your child might remove it to impress another kid, or to avoid being bullied.

At least a mask mandate in all schools (K to 12) will have a much higher rate of masking than an optional policy will produce.

I am a high school teacher who just came down with COVID (along with my wife and 10-year-old daughter). Once the mandate was lifted, mask wearing dropped to around 30 per cent in my classes. My messaging to my students was simple, “My mask protects you, and your mask protects me.”

Believe it or not, COVID has not gone away.

Letters to the editor should be sent to sunletters@vancouversun.com. CLICK HERE to report a typo.

Is there more to this story? We’d like to hear from you about this or any other stories you think we should know about. Email vantips@postmedia.com.