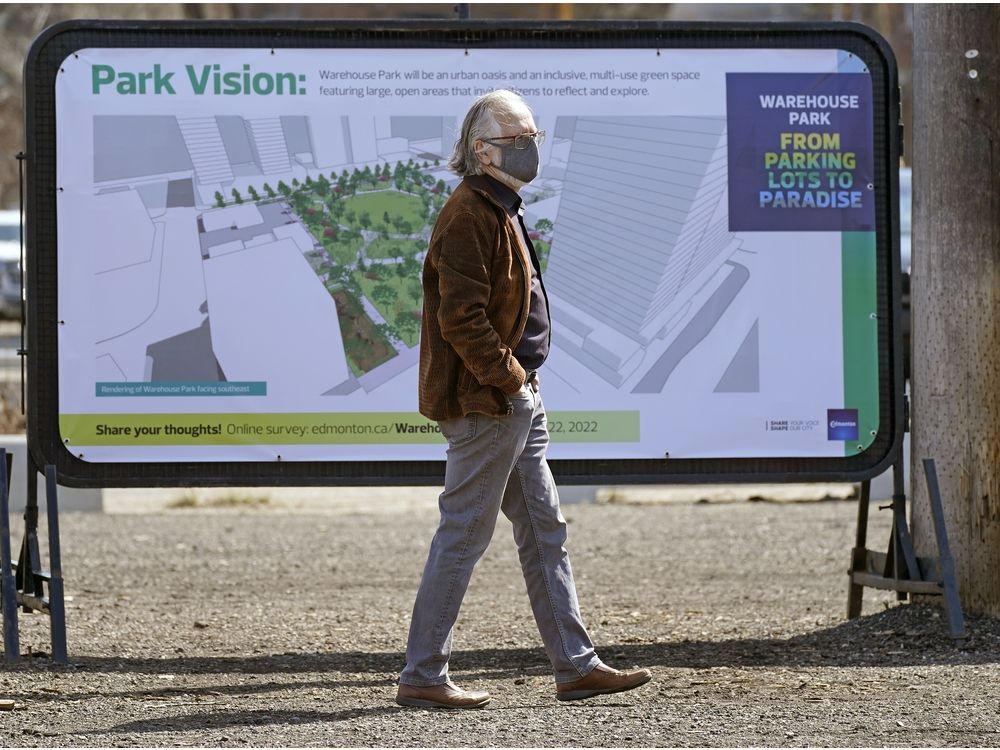 Lorne Gunter sure knows how to throw cold water on a positive, progressive idea of a green space in downtown Edmonton. Warehouse Park would be a beautiful green oasis in a concrete jungle, but Gunter thinks it would not live up to its grandiose city sales pitch. Really? Consider if New York City decided to eliminate Central Park and designate it for residential and/or commercial development. The public, especially nearby residents and workers, would be up in arms and never allow it and would be a huge loss of prestige and tourist draw for NYC. Gunter stated that Warehouse Park would be a draw for the homeless and, God forbid, activists! Enough of his fearmongering and negativity for a park that will surely be a welcome retreat for many downtown workers, visitors and residents. And no, they should not call it ‘Parking Lot Park’, Gunter. Now I’ll go to a city park and enjoy the spring greenery and listen to the songbirds. It’s quite enjoyable, relaxing and good for the spirit. Thank-you to our city council for this project that will be enjoyed by many for years to come.

(Gunter found the downtown park concepts to be lacklustre.)

After settling in to watch the first playoff game vs L.A., I see the powers-that-be have decided to go again with those blue-black Oilers jerseys from the dark side. Yet most of the crowd (and much of the city) are proudly decked out in Oilers orange. What is wrong with this picture? I guess I may need a newer-generation smart TV (or maybe my aging eyes are the problem) – but why should we be squinting to read names and numbers on these Oilers jerseys that are the color of Superman’s hair? Just sayin’ …

(The Oilers could wear purple polka dots, all that matters now is winning.)

I wish that CTV and CBC would spend as much air time looking into the corrupt Liberal Party as they do criticizing the Conservative leadership campaign. It has become apparent that CTV has received a good slice of the Liberal handout to media. When Evan Solomon says he will hold the government’s feet to the fire, I can’t stop laughing until I start crying about the mess our country is in due to the NDP/Liberal alliance that we must correct before our democracy is destroyed.

(Stick with reading the Sun.)

As the inquiry begins to whitewash PM Justin Trudeau’s heavy-handed actions over the Ottawa debacle it should be remembered that none of this would have happened if the cowardly Justin had not run and hid under the bed rather than take five minutes to hear what the protesters wanted. The local politicians in Ottawa will be remembered as fascist tyrants and the police as jackbooted thugs. Watch our ethically challenged media protect him every step of the way.

(Best to keep your expectations low on anything riveting emerging in this inquiry.)