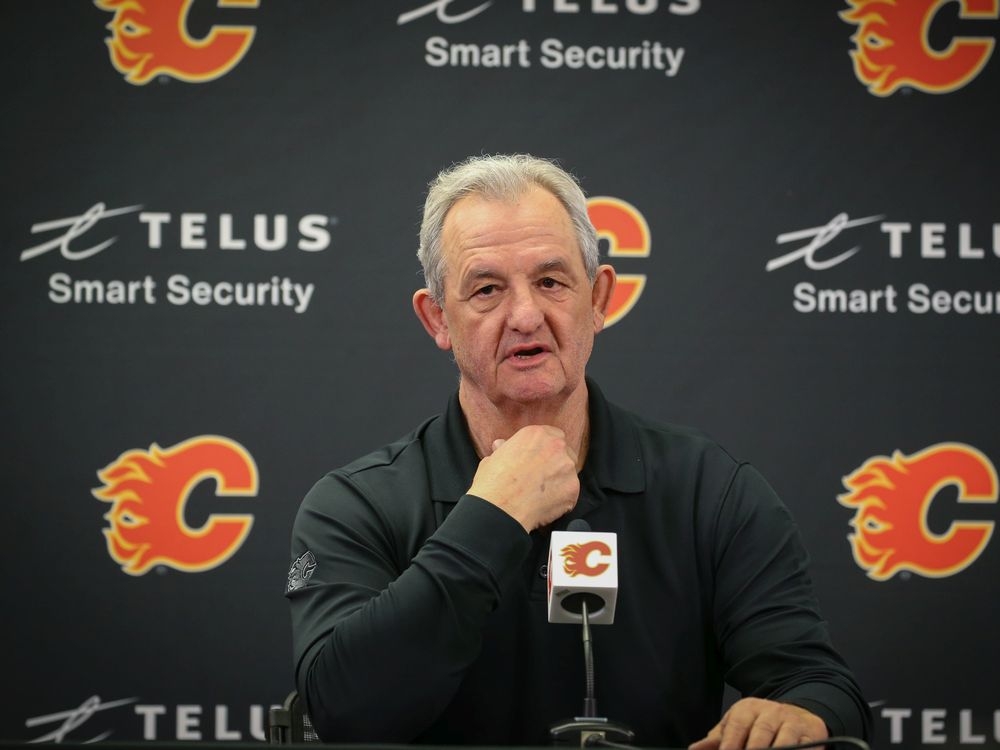 I was impressed with the way Calgary played against Nashville. Then came the Winnipeg game. It meant nothing to the standings and obviously nothing to the players. It did mean something to Sutter, being his 700th win as a coach. These shallow players don’t deserve to have such a dedicated coach as Sutter.

(Given a choice between a meaningless regular-season game and being ready for a playoff series, we think coach Sutter will agree with the players.)

I’d like to thank Mike Soch for sharing his incoherent ideas about economics. Particularly the idea that business-owners are the only ones who invest vast amounts of money, time and expertise, rather than the workers who actually operate and make the business run, or that workers do not risk debts and loss of income when the business goes under. It should be obvious that losing your primary source of income is a very stressful event, and it should also be noted that over a thousand workers in Canada die or become injured on the job. The idea that only the business-owner takes risks is preposterous. The idea of sharing profits with workers is completely in line with capitalism, this is not some communist idea. People work harder when they are able to profit from the success of the company. Having a worker equity plan is a great way to align the interests of workers and shareholders, so their relationship is less antagonistic.

(It’s in all our interests to have strong business – the payoff is huge.)

(Such is life in the fast lane.)

As the inquiry begins to whitewash PM Justin Trudeau’s heavy-handed actions over the Ottawa debacle it should be remembered that none of this would have happened if the cowardly Justin had not run and hid under the bed rather than take five minutes to hear what the protesters wanted. The local politicians in Ottawa will be remembered as fascist tyrants and the police as jackbooted thugs. Watch our ethically challenged media protect him every step of the way.

(Best to keep your expectations low on anything riveting emerging in this inquiry.)

THE FIX IS IN

Listened to a replay of Jason Kenney’s radio propaganda show on CHQR on April 30. In his very own words, he responds to the concerns of some of the UCP members that there is some shady stuff going on. His words not mine, in every election there are always extra ballots sent out because sometimes a party member forgets they bought a membership or maybe had a membership under a different name or sometimes they don’t know that they bought a membership. Is he for real? The UCP and all Albertans deserve better than this. Who sold the mystery ballots I wonder? Just asking.