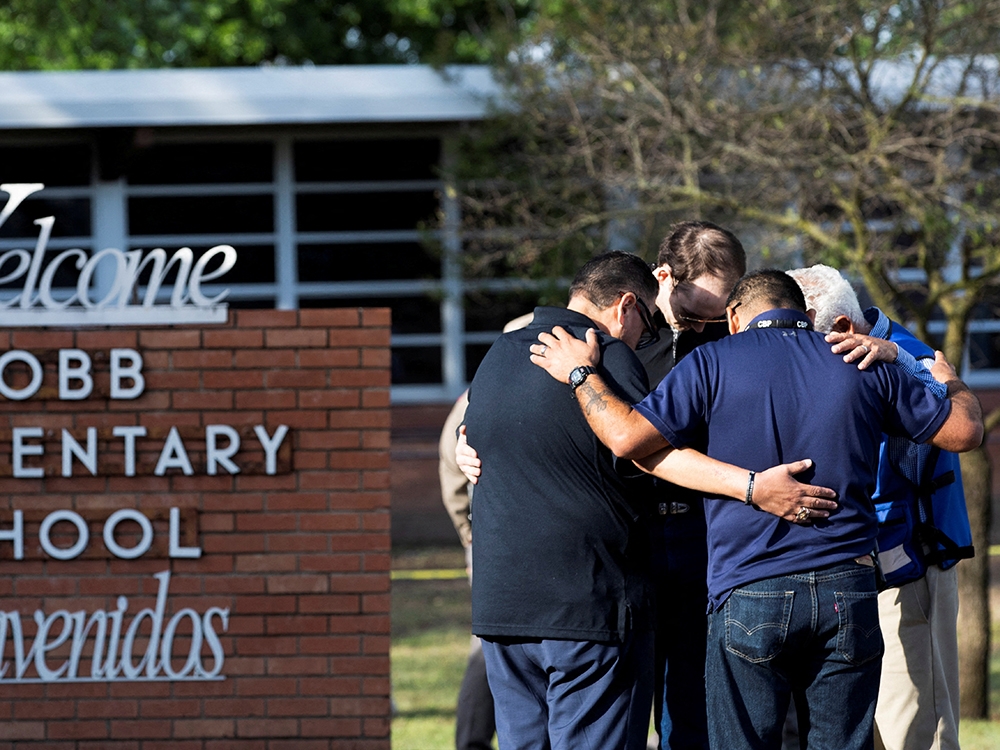 The Texas shooting killed 19 children, it’s a tragedy. But it doesn’t shock me because America is known for school shootings and lacks gun control. This problem has worsened to the point of becoming an epidemic that everybody can see. In the past decade, it’s become such horror because of wider news coverage. Canadian gun control remains very strict, which I am grateful for, for not having to recognize the uncertainty of my own mortality. Frankly, this makes me furious, as children shouldn’t have to worry about such a hazard! Imagine getting older, being taught that bullets could find you any minute, and constantly being in the eye of danger; that’s something I can’t properly grasp in my mind. I can’t imagine how it feels to know there is a high chance of having to choose child-sized caskets instead of vacations. What I can personify though, is the paranoia and being on edge. That’s why I’m glad I live in Canada, where I feel safer knowing that this awfulness won’t happen. I’m relieved to be born in a country of peace that doesn’t force me to consider possibilities I don’t think I’m old enough to face — even at 15.

Many on the streets have addictions and would be evicted because of their lifestyle. Therefore, the desire to house everyone is purely fantasy. Addiction needs to be treated as a criminal issue. Many of the problems downtown are due to drugs. Those who want to legalize drugs are effectively saying ‘let the lawlessness continue’.

Mayor Sohi and Michael Janz were among those who voted to lower the police budget. They should explain their logic to riders of the LRT and people who go downtown. Why is addiction accepted? You want to lose weight, you diet and exercise. Where is the talk about eliminating addiction? I don’t hear it. We do the opposite. We allow addicts to use the LRT as their sanctuary, intimidate people on the street and even attempt to legalize their destructive habits. Naloxone kits are advertised in the public library. At the Stanley Milner, walk inside and you’ll see signs pointing out these drug kits. I’d like one councillor to state what is obvious: The removal of addicts from our city would improve the quality of life for everyone. Is that asking too much?

(There are betters strategies to address the problem than throwing homeless people in jail.)

The province has called out the current residents of Silly Hall in regards to the current lawlessness downtown and on Edmonton Transit, and our fearless leader Amarjeet Sohi’s response: Give me more money. Which he will spend on segregated homeless shelters, more social worker and programs to end “houselessness” — that’s like homelessness, right? No mention of actually enforcing the laws concerning pay fare zones, loitering and open drug use, that wouldn’t have an immediate effect on transit safety? Like owning a piece of property downtown, asking a person to leave and have EPS show up when they refuse to do so. We as a society have agreed to live by a certain sets of rules and regulations, however these need to be enforced! Regardless of the circumstances that have brought these individuals downtown, the rules still must apply. Perhaps Amarjeet should ask the province for more funds for Edmonton peace and police officers. This would provide a more immediate response to the problem, a better response from the province and the innocent people most affected.

(Start by enforcing the existing laws.)

Despite city council’s progressive “seven pillars” plan to deal with the disorder downtown and on public transit, the province has now ordered Edmonton to increase the police presence in these problem areas. While this may not sit well with many of the ‘defund the police’ members on council, the majority of Edmontonians would first like to see law and order restored. Once that’s been re-established, we can then focus on the other, more aspirational six pillars of the plan. After all, first things first.

(Address the basics, then tackle the underlying issues.)

I simply can’t understand where the law courts are trying to go in dealing with serious crime. Striking down life without parole for mass murder is ridiculous, to say the least. With serious crime on the increase it would make sense to me to increase sentencing guidelines. I know some will say that increased penalties will not be a means of prevention but at least it removes these criminals from society. I remember the arguments for abolishment of capital punishment, “there is no record of repeat offenders of murder.” Can the same be said today? Mass murder is becoming too prevalent.

(Just because a convicted criminal can apply for parole, it doesn’t mean parole will be granted.)

I laughed when I heard Ron Glen of Alberta Roadbuilders and Heavy Construction Association state that they were having a hard time getting workers this year for the repair and building of our Alberta Roads. Perhaps we could get more work out of the existing five to 10 workers I see just standing around at most construction sites all the time!

(Everyone’s trying to do more with less.)