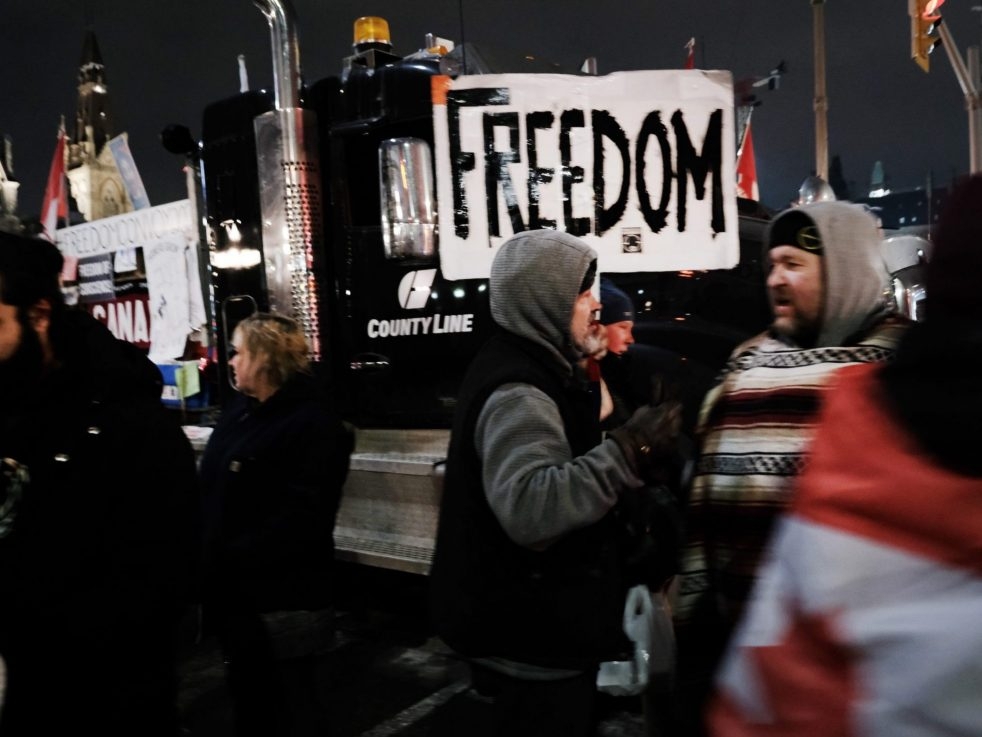 WE HAVE IT GOOD
Ron Norton’s comment March 5. It would seem people do not know how lucky they are living in Canada. Those foolish truckers and the crowd who hung around claiming “my freedom”, perhaps they should get off their butts and join the Ukraine people in their fight and learn about ‘freedom.’ How about some of that money that was “donated”, perhaps that could be used to help those in Ukraine in some way.
A. MIKKELSEN
(True, but nobody should be taking those donations. That would be stealing.)

JUSTIN THE WEAK
Our pompous Prime Minister Justin Trudeau, never one to miss a photo op, is off to globe trot around Europe telling the world how to deal with Russia’s war on Ukraine. What would Trudeau know of war, the coward ran off and hid from a group of peaceful Canadian protesters. I hope the international set boo this hypocrite and wannabe dictator right off the world stage.
DOUG HYSLIP
(It’s a pretty polite crowd and wait until he shows them his socks.)

BY GEORGE
What is this love affair your editors have with George Ewert? Are there so few good letters coming in that we have to read his almost every week? His last two were weak and not really worthy of publication to begin with.
BRETT KAY
(We have lots of regulars. You should see the people who send five-plus letters a day!)

‘JUST LIKE UKRAINE’
Re: Morley Deters’ letter ‘MAKES NO SENSE’, March 6. The editor’s comment, “There is zero comparison between Canada and Ukraine. They are fighting for their lives and homes,” is a short sighted observation. If the Ukrainians’ concern was lives and homes, they would have had it under Russian rule. They are indeed fighting for their freedom. Ukrainians were internally fighting, and winning, for democratic freedoms, now they are fighting against an external enemy for the same purpose. Here in Canada, our freedoms are being taken away bit by bit. Yes there is a valid comparison with Canada and Ukraine.
O. YERSEL
(Oh, give us a break.)

MEDIA, BLAH, BLAH, BLAH
I am starting to sense disappointment and desperation from the media in Calgary. It seems that their campaign to get rid of Jason Kenney may not work out. I never thought I would see the day when Rick Bell would join the NDP love-in. The last thing Albertans need is Liberal shills NDP driving us into debt. I believe the media are complicit in trying to destroy the economy and keeping socialists in power. Without that their cheques might stop.
D. KEELE
(Yep, that all sounds plausible. Not.)