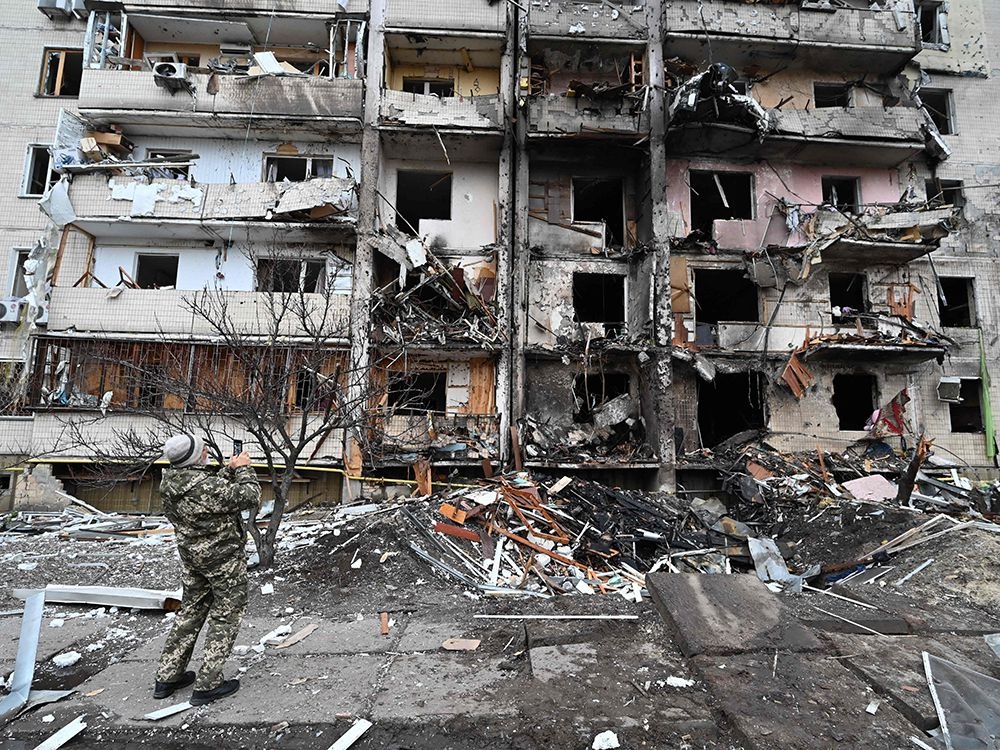 FAILING UKRAINE
First of all, I would like to apologize to the Ukrainian people on behalf of mankind. We as a society have let you down. NATO is a joke, to stand by and watch thousands of innocent people being slaughtered, you do nothing for Ukraine in assisting them with air support that would balance or at least be a great help to help defend the skies in their homeland. It is theirs, not Russia’s. That punk Vladimir Putin has the U.S. cowering in the basement, much like how Joe Biden has done since this war. Now it’s time to man up and show your bravery that your nation proclaims, show that piece of you know what Putin that his reign of terror is coming to an end. Show us all what a human being really is and smash that puke!
KEN UHREN
(It’s tough to watch.)

FATAH NONSENSE
Re: Tarek Fatah, Justin Trudeau-Jagmeet Singh deal’s good for Canada? Would it be too much to ask you guys to quite printing nonsense from this man? He’s already lost his credibility writing about how good Russia is and now saying this backroom deal is good for us, hogwash! It seems Tarek does not mind driving the country further in to the poorhouse so that everyone can have a gleaming smile. What the heck is there to smile about these days anyway?
DON HONEYCHURCH
(Tarek writes his own opinions and doesn’t speak for us.)

HOLLYWOOD LOSERS
The woke dimwits of Hollywood are pushing on the Royal Bank to pull its funding for the Coastal GasLink project. These know-nothing, virtue signalling jackasses of Make-Believe, California, say they are pressuring RBC in the name of aboriginal rights. Even though a vast number of these Canadians support it and work on the Coastal GasLink project. I suppose for Hollywood, they are not the right type of aboriginal in their demented and perverted worldview. I, for one have had my fill of these self-absorbed, self-righteous and sanctimonious windbags. Hey Hollywood, STFU.
JEFFREY ANDERSON
(Useful idiots.)

P.P. IS THE MAN
Pierre Poilievre for prime minister. I hope Poilievre will be leader of Conservative party, since any other choice of leaders will get us nowhere. This is the man that can, and hopefully will, end the reign of the current clown in charge and his Liberal cohorts, and bring Canada back to what it used to be before we took a wrong turn. So this time when an election comes around, and he would be the candidate, please, please look back on the last eight years, analyze the results of Justin Trudeau being PM and then the voting decision should be crystal clear.
MIKE SOCH
(As usual, it’s up to Ontario and Quebec to decide that they’ve seen enough. Will we ever see that? Who really knows?)

YOU’RE WELCOME!
I see the Quebec government is going to give each and every Quebecer $500 to offset inflation and energy costs. Hopefully they’ll all write to thank Albertans for that donation into Quebec’s government coffers.
MOLLY KENS
(Ingrates.)