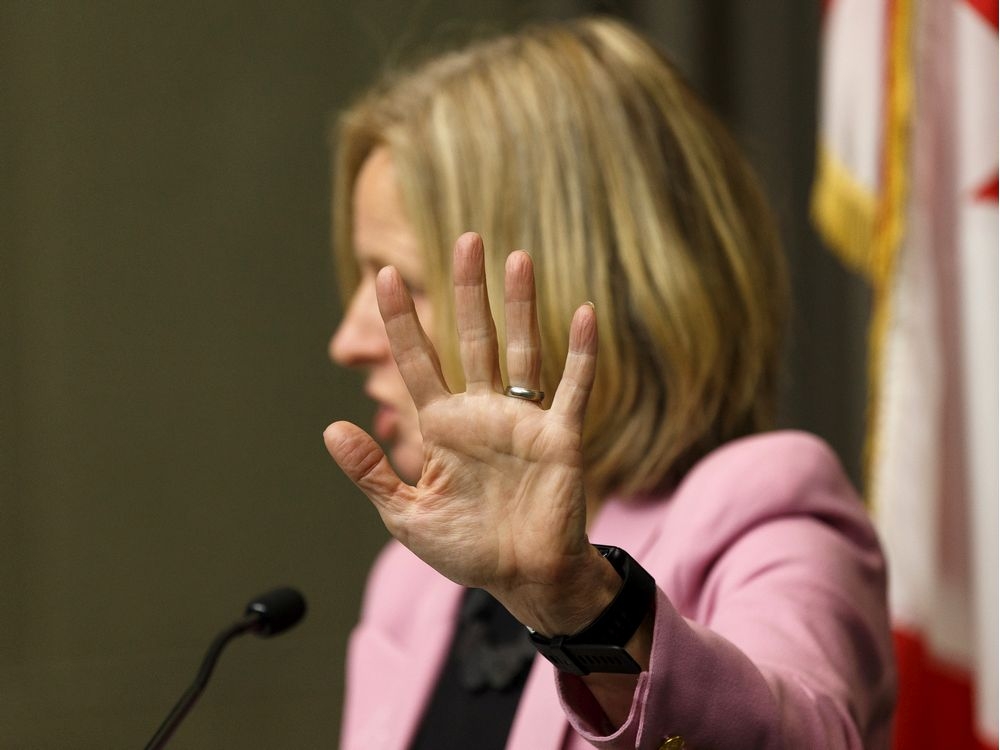 To show her support for the Ottawa NDP/Liberal merger, does Rachel Notley have anything to say? Like, she will fly under the flag of the NLP (New Liberal Party) and not NDP. She always has plenty to say so Alberta is waiting for her comments of support she no doubt has. Now there is absolutely no reason to sneak and slither around. All of Canada now knows what was suspected, the NDP and Liberals are in bed together. The result, the newly born NLP or “NEW Liberal Party of Canada”. Now Rachel can really go after and condemn the April 1 UCP gasoline tax reduction. Alberta awaits

As the prime minister does another tour of Europe in his #StandWithUkraine offensive, our European allies are frustrated. They are obviously shocked that as they try to wean themselves off Russian energy, our PM has admitted that Canada (The worlds fourth-largest oil producer) can only assist them “In a modest way.” They would also be stunned to know that while part of our country (Quebec) rejects Canadian oil, they are receptive to importing billions of dollars of oil from Russian ally — Saudi Arabia. Yeah, we know, dealing with Canada … it’s complicated.

(So confusing, even Canadians have a hard time figuring it out.)

RE: Buh bye, NDP (letters, John Rowe, March 24). I knew that Conservative types would have a “field day” with the announcement of the Liberal/NDP agreement. But put aside your ideological biases for a moment and read the March 24 column by Tarek Fatah. Mr. Fatah accurately explains how the benefits of the dental and pharmacare initiatives will help millions of Canadians. I am a senior with no benefits, and I ended up with an $8,000 dental bill last December. The ultra-rich could care less about the struggles we middle-class people endure. And please don’t print inaccurate comments such as, “The most undeserving of opportunities for a party no one wants in any sort of power.” I am “someone,” and would prefer an NDP government.

(Think of the government under this agreement as “NDP Lite.”)

At the NATO Summit on Thursday Prime Minister Justin Trudeau committed to Canada increasing oil production to offset the loss from Russia. However at the same time he said Canada would not abandon its goal to reach net zero emissions by 2035. Using the usual government slight-of-hand mathematics, he can do both. Recognize that emissions are a global issue therefore he can diminish the increase in emissions from Canada from the decrease in emissions from Russia. The result is a net zero increase. Climate change doesn’t measure emissions by country or continent.

(Makes sense, but not sure the rest of the world would go along with those calculations.)

Credit to the Sun for reporting on the various people and politicians who called out Trudeau while in Europe, including calling him a dictator amount other things to his face in the EU parliament. Not a word about this on Global, CTV, CBC (who actually gave a glowing report on Trudeau), or other Canadian news sources. MSM is not biased, or not propagandistic in Canada? Shame on MSM for not truthfully reporting reality.

(The story did eventually get coverage from some of our competitors, though we’ll take credit for getting it first.)

I am thrilled that I will be able to vote in the provincial leadership race by mailing in my vote. I just got out of the hospital and there was no way that I could go to Red Deer. I’m sure that I’m not the only one who couldn’t go for whatever reason, and this way we’ll all be able to participate. To all the dissenters making a fuss about it, boo hoo. You can’t please all the people all the time, and this is a far more equitable solution!

(Mail-in votes are routine, though this issue seems to be a lack of trust in the UCP organizers.)

Canada is now the only country in the world where citizens are not free to travel without their government “passports.” Without these “passports” millions of Canadians are not allowed to board airplanes or trains. This is no longer about science. This is pure malicious vengeance by petty tyrant Trudeau, enabled by weak and worthless “opposition” parties, and whitewashed by a Liberal corrupted media.

(If Canada is the last country to require vaccine passports, it’s probably time to get rid of them.)

PM Justin Trudeau, after imposing the Emergencies Act, freezing bank accounts, arresting/jailing people, name calling etc., didn’t have the professionalism to address the crowd. Trudeau pranced around Europe and preached to the various governments there as if he is the Greek God of Democracy. I truly wonder what those listening to his hypocrisy were thinking. During his meeting with the German chancellor, he commits to helping them with energy, then in closing, he comments “after decarbonizing”. What an idiot, what do you suppose the chancellor said to himself? The European media is like the Canadian media, “ground feeders”. However, some outlets are bringing Trudeau’s hypocrisy and photo ops to the forefront. This guy’s incompetence and hypocrisy is beyond explanation within the English language. A “LINO” without a doubt, Liberal in Name Only.