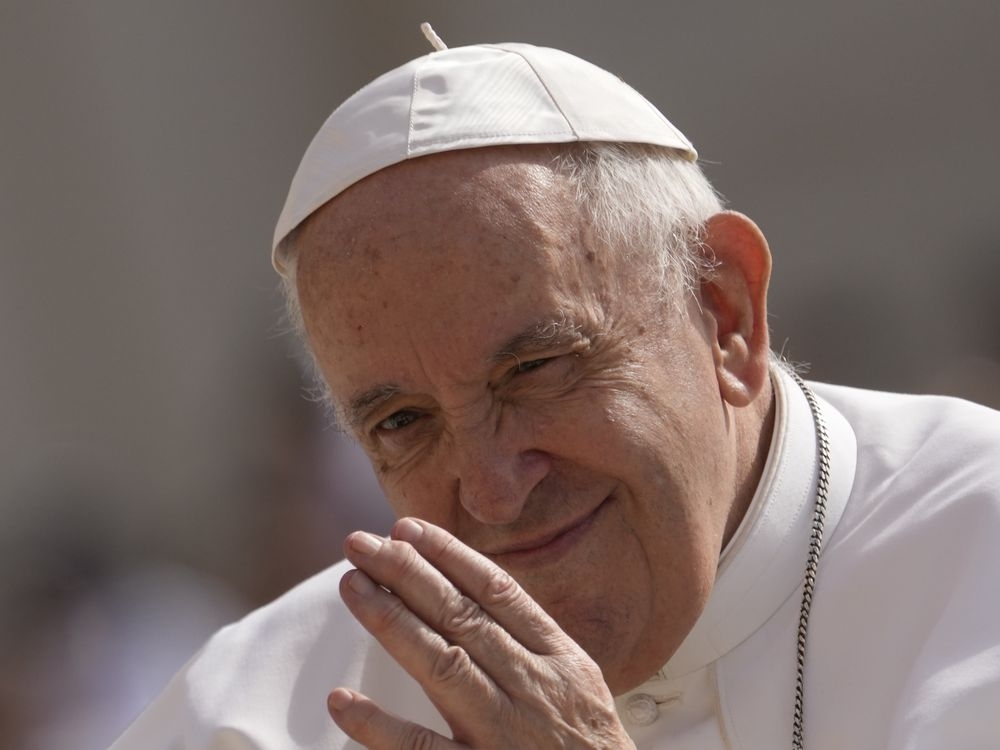 I write to provide my opinion in the anticipated visit by the Pope within my community. It is also expected that the Pope will apologize for the residential school experiences, and aftermath to all survivors and their families. Is this reconciliation? Does the Pope visit wipe the slate clean? How do we move forward from here? Many of my people will not forgive what happened to them and their people. This event will be the beginning of the process of reconnection. I may forgive what happened to me, to my family and my people but I will never forget the horror, the trauma, the physical, emotional, mental, cultural, and sexual abuse that had happened and we ask that you join us in moving in the right direction for the future of all the people of Canada.

(The reconciliation process is an ongoing one.)

We all know Trudeau will be here for his photo op with the Pope, he wouldn’t miss this opportunity for the world. Most likely there will be media from all over the world. Trudeau, I believe, is here for a different reason. We can only hope Trudeau doesn’t dress up like a priest or a nun and embarrass us again like he did in India.

(Don’t give him any ideas.)

(Huculak says he’d rather just stick to eating the mini dougnuts at K-Days.)

I completely agree with the Anthony Furey article on not letting the PC leadership race distract from what is really — and in real time — happening to this country. The Liberals and the PM are using this supposed leadership controversy as an opportunity to misdirect voters from the seemingly continuous unaccountability and falsifications of their own government and the PM. Please, we cannot let this man and his crew have another term.

(We’re likely still a long time from an election.)

I cannot figure out why we have delays in passport issuance, especially for renewals? The previous passports were issued by the government and despite them expiring, it doesn’t mean that any of the supporting documents and the associated information that were submitted at the time have lost their legality. The passport office should pull the data from the previous passport number, ask for a new photo (if one cannot be digitally captured at Service Canada), change of address, next of kin information, and voila, we should be done. In the case of minors, all they need is a new photo and if parents’ information has changed. This issue has gone on for too long.

(The process is the same — but antiquated as you point out. Also, we kept our offices closed for so long the backlog is ridiculous.)