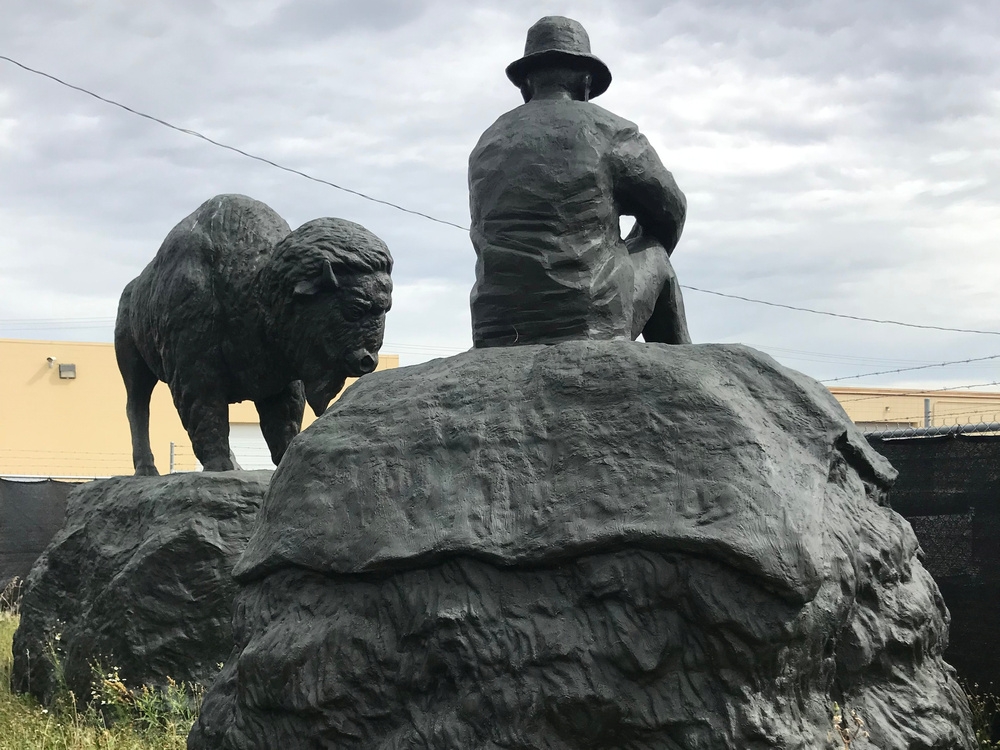 Re: Sun poll results: Did the city make the right call not to display the statues at Walterdale Bridge? Silly Council does it again! Tick off 89% of residences to appease the 11% “woke folk”. What ever happened to majority rules? Who cares if it cost the city $375k? On the bright side – we could melt them down and bring back the penny in glorious bronze instead of common copper!

(Penny for your thoughts.)

Where the buffalo roam

(Doesn’t sound like the city wants to reconfigure the art piece.)

The Sun editor asks readers what’s a Trudeau government promise worth. The answer can’t be published in a family newspaper!

(Our standards are a little looser in the letters to the editor column.)

HELP THE BOYS, TOO

Canadian Centre for Child Protection recently stated they’re concerned “adolescent boys are being targeted primarily on social media giants Instagram and Snapchat as part of an ongoing sextortion crisis. … The offender will then threaten to report the victim to police, claiming they are in possession of child sexual abuse material.” My understanding is male victims of sex-related harassment and/or abuse are still more hesitant or unlikely than girl victims to report their offenders. Boys refuse to open up and/or ask for help due to their fear of being perceived by peers, etc., as weak or non-masculine. Meanwhile, a New York Times feature story (“She was a big hit on TikTok. Then a fan showed up with a gun”, Feb. 19, 2022) at one point states that “Instagram, owned by Meta, formerly known as Facebook, has … been accused of causing mental and emotional health problems among teenage female users.” A couple  of paragraphs down, it is also stated “Teen girls have been repeatedly targeted by child predators.” Teen boys are also targeted by such predators, but a collective mentality may still societally persist, albeit perhaps a subconscious one: Real men can take care of themselves, and boys are basically little men.

(Boys — and girls — need to be aware of the potential grave risks.)

I can hardly believe we are talking about Danielle Smith’s ridiculous proposal, that we can enact legislation to opt out of federal legislation. Would other provinces not follow Alberta’s lead? So we could just decide what legislation provinces like and act accordingly? How could you govern a country like that? Let’s now consider what Trudeau would do. Trudeau is within his rights to withhold transfer payments. This is his ace in the hole and he will use it. The measure of a person is their past. Guess who l don’t want in my future.

(If nothing else, Danielle is making the leadership discussion interesting!)

In my time, which is about 70 years, this PM is the worst PM we have ever had. Even worse than his dad. He floats on a name, he spews ideologies and yet he achieves nothing. But he thinks he is God’s gift to the world. How egocentric can that be?

(It is rather fascinating to watch.)

UPS AND DOWNS OF LIFE

My older brother recently cautioned me about using ladders. I already knew the brittle bones of old geezers have a nasty habit of breaking after any kind of fall so his advice went in one ear and out the other. A few days after my brother and I spoke, my wife observed a deer standing on its hind legs munching the berries off our Mountain Ash tree. My wife is an avid gardener and when it comes to plant lovers and deer lovers, never the twain shall meet. Just like rats, when you see one urban deer you can be sure there are at least half a dozen more lurking nearby. We immediately decided to trim the lower branches of the tree to prevent further berry picking and minimize the chances of future garden flower cropping. In my enthusiasm to get the job done, I tossed caution to the wind. All you need to know is a ladder and an electric chainsaw were involved. I’ll let your imagination fill in the details. Only time will tell if I’m now any wiser, but I do know one thing for certain: Lady Luck can be capricious but she’s a wonderful friend to have.

Canada’s chief public health officer, Dr. Theresa Tam, has stated that there could be a potential emergence of new variants with regard to COVID, with “potential” being the key word. These are just more scare tactics waged on the populace by a medical official who has contradicted herself since the start of the pandemic.
Perhaps the good doctor should move on like her counterpart, Anthony Fauci to the south, who also was complicit in sending out mixed messages to the point where he really could not be taken seriously anymore.

(It’s almost as if COVID is a brand-new virus that they keep learning more about.)