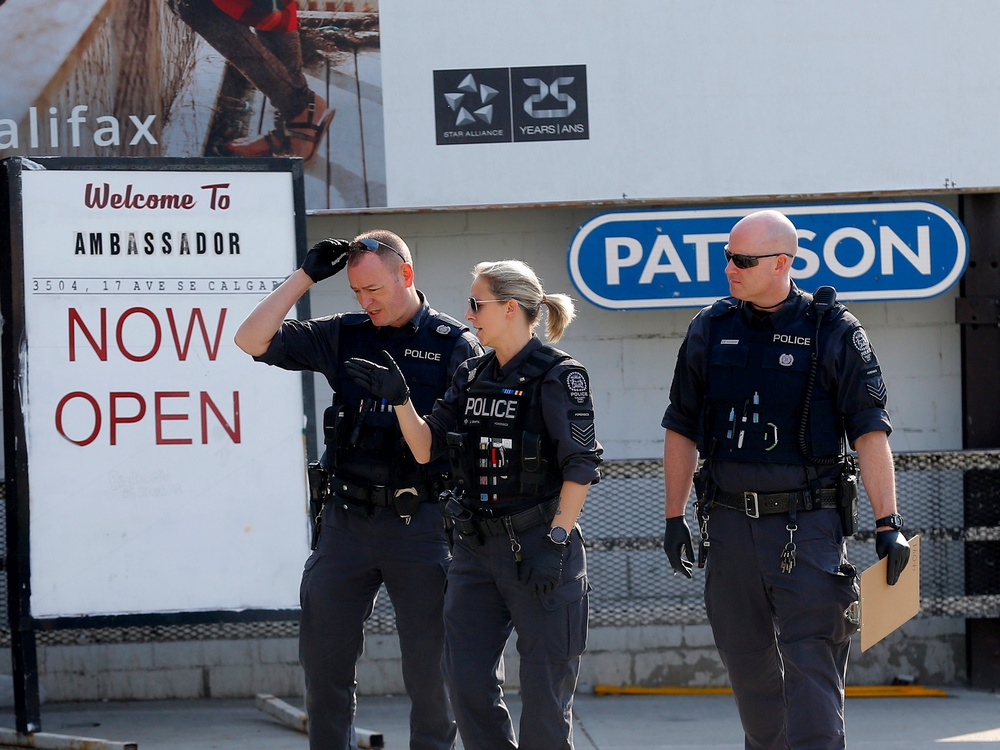 Re: Man dead after early-morning shooting In southeast Calgary bar. Until our all-knowing politicians stop molly-coddling the symptoms to gun violence in Calgary and across Canada, this sort of violence will only increase in our communities. Firstly, our politicians need to stop playing cops and step aside, so the law-enforcement experts do their job without interference. Secondly, our politicians need to go after the jugular to this violent and deadly crime in this country. Medical physicians never treat brain cancer with aspirin and Tylenol, expecting the headaches and tumors will go away.

(Allowing police to their job makes complete sense. Which is why it probably won’t happen.)

Once upon a time the Calgary Police Service wasn’t run by a bunch of woke leftists like it is today. When the thugs responsible for the daily shootings and turning Calgary into Chicago North can’t be identified other than their sex, and height and weight, I think it’s time to do some long overdue house-cleaning at the CPS, starting at the top.

(The recent rise in violent crime should have us all concerned.)

Re: Letters, Aug. 21. I was a teacher and am now a small-business owner. Not all members are NDP shills, but your leader sure is. Don’t feel too sorry for yourselves for not having a truck; the pensions are incredible (non-existent in the private sector), your pay is not linked to performance, you have very little fear from economic layoff (but still whine about Ralph Klein and his 10% rollback), and your wages are better than most in the private sector. Yes, the ATA is an association, but behaves like a union. Do yourself a favour — stay teaching. The wages and benefits in the private sector are not as good. Maybe I am just bitter and envious of the job security, the summers off, the good wage and incredible benefits, but I still would never vote for Jason Schilling. A vote for him is a vote for the NDP.

(Do people forget all the provincial NDP did during their time in government, and some of the things they stand for?)

While critics begrudge the prime minister for the frequent holidays and ‘personal days’ he’s taken during his time in office, taxpayers have actually benefited. If the PM actually stayed and flew around the country ‘working,’ instead of relaxing with regularity, Canada’s debt obligations would be billions higher. His leisurely legacy has turned out to be good for our bottom line. Hasta la vista, Mr. Prime Minister.

Let’s face it, Bell Media’s handling of Lisa LaFlamme’s firing as anchor of CTV News was in poor taste and amateurish. She was let go simply because she was an aging woman and they wanted to replace her with someone fresh and young. Despite her age, Lisa LaFlamme presented the daily national news in a very professional manner and her ratings were high. One has to scratch their head wondering what went through the executive’s brains at Bell Media.

(The handling of her ouster is proving to be a real anchor for Bell Media.)