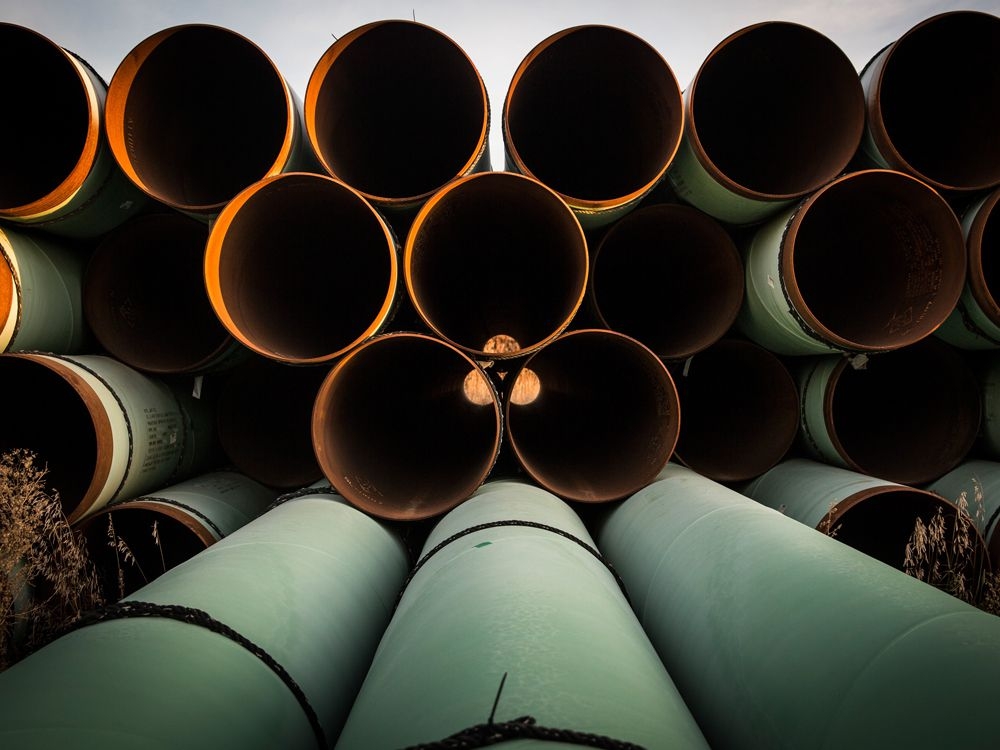 f you spend billions of dollars on a pipeline, then you’re making a bet that oil prices and oil demand will stay high enough to pay off the costs and deliver a decent return on interest over the next few decades.

Re: Pipelines. Hey Gerry Hess, it’s called a stranded asset. If you spend billions of dollars on a pipeline, then you’re making a bet that oil prices and oil demand will stay high enough to pay off the costs and deliver a decent return on interest over the next few decades. That’s a hard bet to make when we are in a climate crisis and we realize that we can’t keep combusting all this carbon without suffering severe economic and environmental damage in the coming decades. The great thing about trains is that you can ship any goods on them. You can’t easily transition pipelines to carry other goods if the oil price gets too low. If you want to waste your money on a pipeline then you’re more than welcome to it, but don’t ask taxpayers to be on the hook by subsidizing a risky investment. That money could be far better spent on sustainable industry. And if you’re going to parrot the conspiracy theory that the Americans are behind the pipeline opposition, you should look up who the majority stakeholders in the largest 10 companies involved in the Alberta oilsands are, then ask yourself why the Americans want to sabotage their own investments.

I just read the story about the family who spent the weekend in Edmonton and received two photo radar tickets. I have spent a lot of time in Edmonton over the past few years on business and visiting friends and relatives. It seems I have the same experience as theirs. I have yet to make a trip to Edmonton over the past few years without receiving a photo radar. It’s absolutely ridiculous how many speed traps there are in your city. I’m not an aggressive or unsafe driver by any means. I drive around Calgary every day all day and never get one. It should be stopped because it’s just simply a tax grab in my view. It has nothing to do with traffic safety or enforcement. I’ve begun to actually budget for the inevitable photo radar I’ll get when I go to Edmonton. Ridiculous.

(Edmontonians must know where to speed and where to slow down.)

The NHL is too chicken to send Putin supporter Alex Ovechkin packing. Sending him back would be a symbolic move. While thousands of innocent civillians die in Ukraine from Putin’s war, Ovechkin enjoys the luxuries of western society all the while quietly supporting this dictator. Former Calgary Flames head coach Bill Peters was fired for admitting to use of a racial slur 10 years ago. Yet when someone like Ovechkin is clearly supporting a modern-day Hitler the NHL keeps him around? What an embarrassment. Save me the excuse that he should not be held responsible. War is war, Ovechkin is bad news.

(To be fair, Ovechkin has publicly condemned the war.)

Re: Jack Michaels. A reader is complaining about the Oilers’ announcer Jack Michaels being “too boisterous and loud”. I for one welcome his enthusiasm, spirit, and unrelenting support of the Oilers on game night. Escapism at its best! He’s by far the best play-by-play man in hockey since Foster Hewitt.