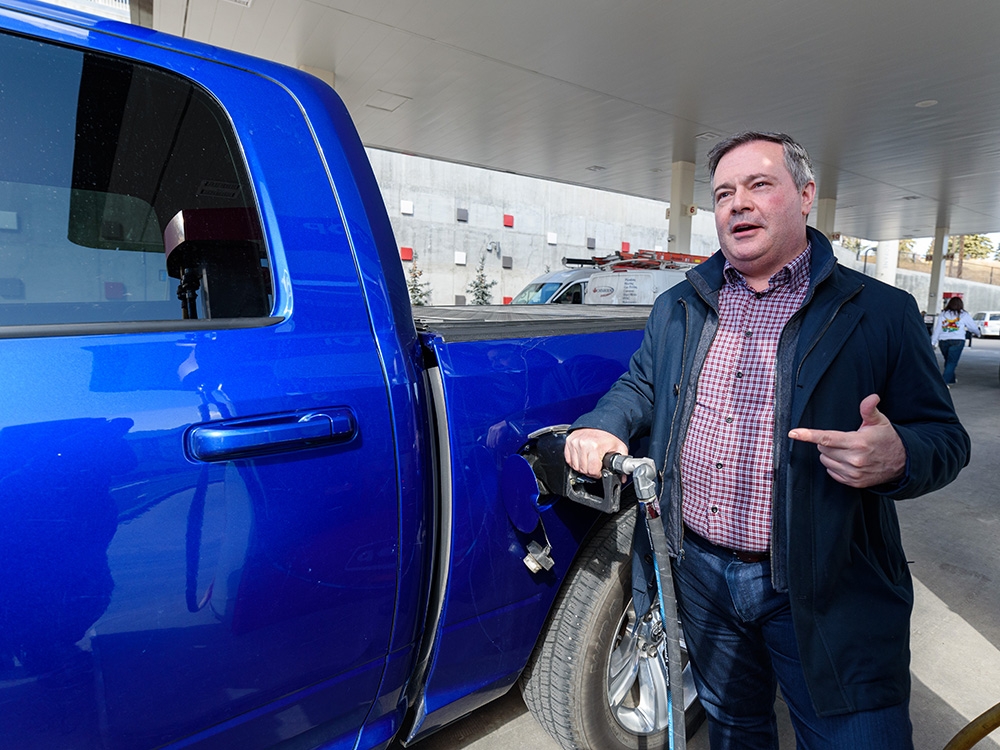 KEEP ON TRUCKIN’
Now the Liberals are trying to downplay the already know fact and suggestion of a tax on pickups. No doubt to cool the anger of many. But do not be fooled. Remember how the carbon tax was to max out at $50/ton? And do not believe this tax will be limited and aimed at only new vehicle sales. Expect this to be on all SUVs and pickups, new, used, and of course vehicles already on the road. It should be noted mini vans (just) fall into this category as well. Provincial registries already have all the necessary data so billing the 13 liter/100 km is already available and waiting. And you can be sure this tax will somehow qualify as a “service” by the Liberals and therefore eligible for GST as well. The tax will blindside Canadians in one of two ways. Either when the registration is renewed. Imagine walking out of the registry’s office with a $4,500 receipt in your hand (tax plus registration fee plus admin fee plus GST). Or the truck/SUV tax may be found as a debit on your tax account form. Applicable at time of filing annual taxes. Either way, the Liberal government will screw Canadians. And all this is coming after an April 1 CT increase, and MP raise. But Trudeau still believes the CT puts more money in the pockets of every Canadian, so it only expected the truck/SUV tax will magically somehow do the same. Trudeau’s math, accounting skills and true understanding of taxes is much different than reality.
ROLLY KLAEPATZ
(So we have that to look forward to.)

TRUCK TAX
If you are a contractor, farmer, hunter, or just love trucks, beware, Justin Trudeau is at it again. Buried deep in Liberal policy is a new tax on you foolish tax-paying Canadians. Not likely to be reported by the CBC.
DON MANN
(Pay, pay, pay, and then pay some more.)

RIPPED OFF
I can almost guarantee you that at least 10% of what any governments are spending on capital or operating budgets or on funding global causes or crises is probably going to crooks, bribery or political corruption of some kind. I also suspect that at least 10% of private capital spending is also a rip-off. When we are, at the least talking billions, what is a few hundred million? Hah, it’s not their money, it’s ours!
GEORGE EWERT
(Comforting thoughts.)

MISSING THE BOAT
The Axis of Weasels is poised to inflict huge deficits and out of control spending on us. Why in the world do they not see a simple solution? What does the world need? Oil. What does Canada have? Oil. What can we do with it? Sell it for many dollars. The weasels in Ottawa are so concerned about being seen as green heroes, they ignore the simplest solution to a world problem and a Canada problem. Go figure!
R.S. COSH
(Clearly they’d actually be happier leaving it in the ground.)

GET SOME HELP, MAN
Justin Trudeau’s outrageous hypocrisy on climate change, misogyny, racism and more not only disqualifies him to be the prime minister, but also suggests that he has deep seated issues requiring intense psychological therapy. He should resign immediately and get the professional help that he obviously needs.
JOANNE and WAYNE MORCOM
(Can’t see him going for that.)