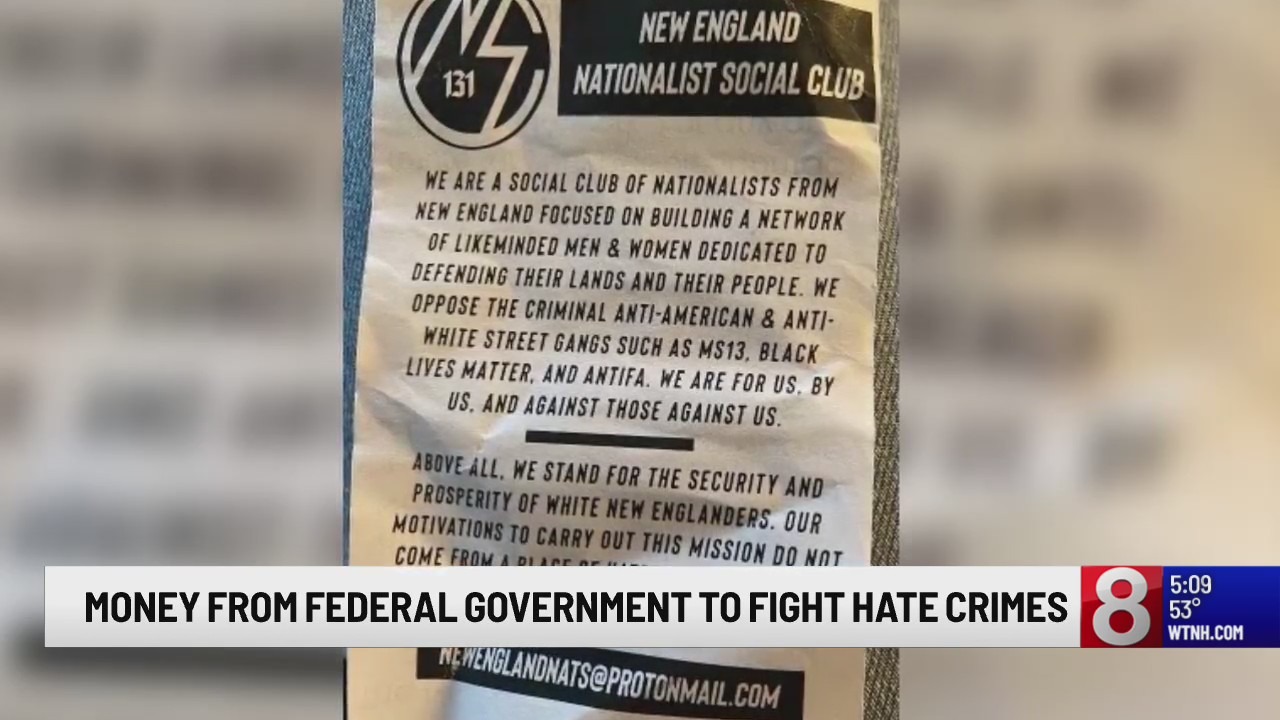 WEST HARTFORD, Conn (WTNH) — A Torrington man has been charged with a hate crime after he allegedly set a car on fire because he didn’t like the owner’s Mormon faith.

Police arrested 22-year-old Samuel Vandeusen around 3:30 a.m. Monday on East Pearl Street. He was charged with arson, criminal mischief, and deprivation of rights.


PD: Man lit car on fire due to ‘not agreeing with owner’s ideologies’

Unfortunately, that alleged hate crime is one of many. Experts say they are on the rise and that’s why leaders gathered in West Hartford on Monday to do something about it.

West Hartford has seen hate crimes lately. Racist flyers were seen around town last week and that left many people on edge.

The papers were from the New England Nationalist Social Club, said to be a white supremacist organization.

“It is chilling, and we have to respond to every one of these leaflets or incidents. There is a thousand more times hate on the internet,” said David Waren, Hartford Jewish Federation.

“In Connecticut, there has been a twenty-fold increase in four years in the number of incidents, propaganda. We have received and we have tracked the groups,” said Stacey Sobel, Anti-Defamation League.

The Anti-Defamation League has a section on its website where people can report incidents. For more information, click here.