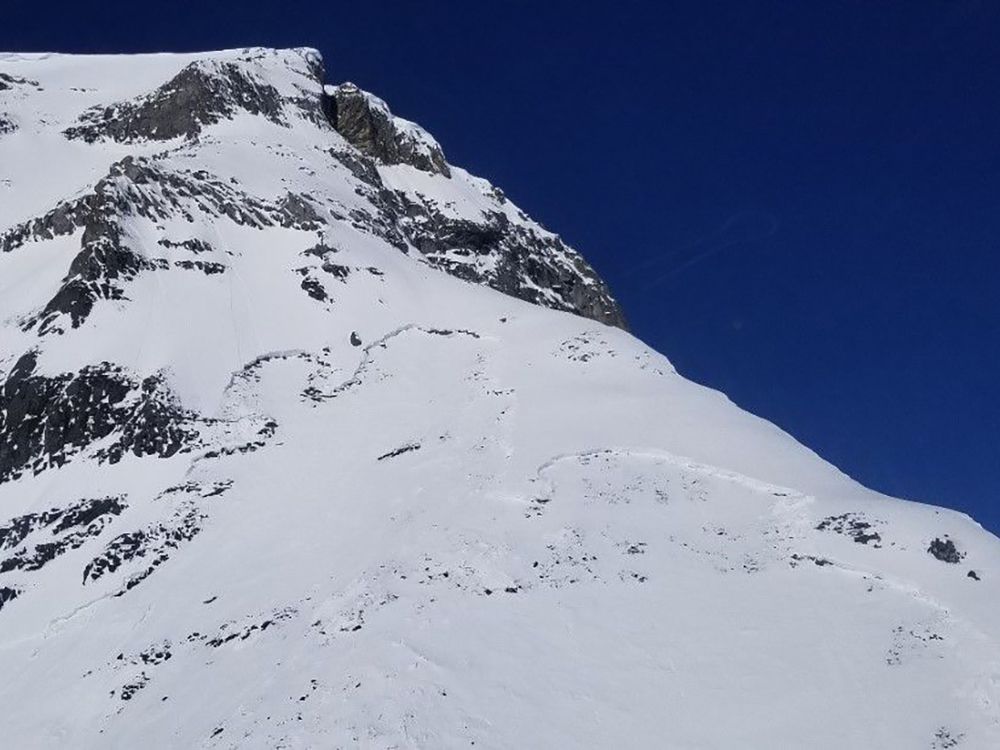 Albertans may be soaking up the rays with warmer temperatures, but there is still a risk of avalanches in much of Banff National Park this season.

Due to an above-average snowpack and a cool, snowy spring, winter conditions remain on many popular hiking trails, according to a Parks Canada news release on Friday. When temperatures rise, so does the risk of an avalanche.

Alex Lawson, visitor safety specialist with Parks Canada, said lingering snowfall amounts have extended the risk of avalanches this season by about a month, especially in higher elevations.

“Where you really see the difference is at the upper elevations. When you get above the tree line, you get into (an area) where there really hasn’t been much of a melt in the last while,” Lawson said.

“Even trails where you’re well into the trees. There’s still potential for avalanches to go down and impede the trail.”

Hikers are advised to avoid all trails with avalanche hazards, including the teahouse trails to Lake Agnes and Plain of Six Glaciers, Mount Fairview Trail, Saddleback Pass, C-Level Cirque near the town of Banff, and Stanley Glacier in Kootenay National Park, among others.

Anyone going into avalanche terrain must be prepared with the proper training, equipment and knowledge, he said.

“Those really hot sunny days, although they’re awesome to get out and experience the park, that’s when the avalanche dangers increase at this time of year.”

Those trying to avoid the snow might have more luck on trails in Banff than Lake Louise where the elevation is higher, Lawson said.

Hikers should check the Parks Canada avalanche bulletin for updated conditions and avalanche risks before heading out.

Shuttle reservations for the duration of the extended closure will be refunded automatically pic.twitter.com/suZiErD3ak

While Parks Canada doesn’t close trails because of avalanche risk, roads can be closed due to avalanche concerns.

Vehicle access to Moraine Lake Road will be delayed until further notice. Cyclists can travel along the first eight kilometres, but visitors are asked not to proceed beyond that.

“Road access to Moraine Lake will not be possible until avalanche hazards subside and plowing can be safely completed,” the release reads.

Shuttle reservations between June 1 and the opening of the Moraine Lake Road will be cancelled and refunded automatically, according to Parks Canada.