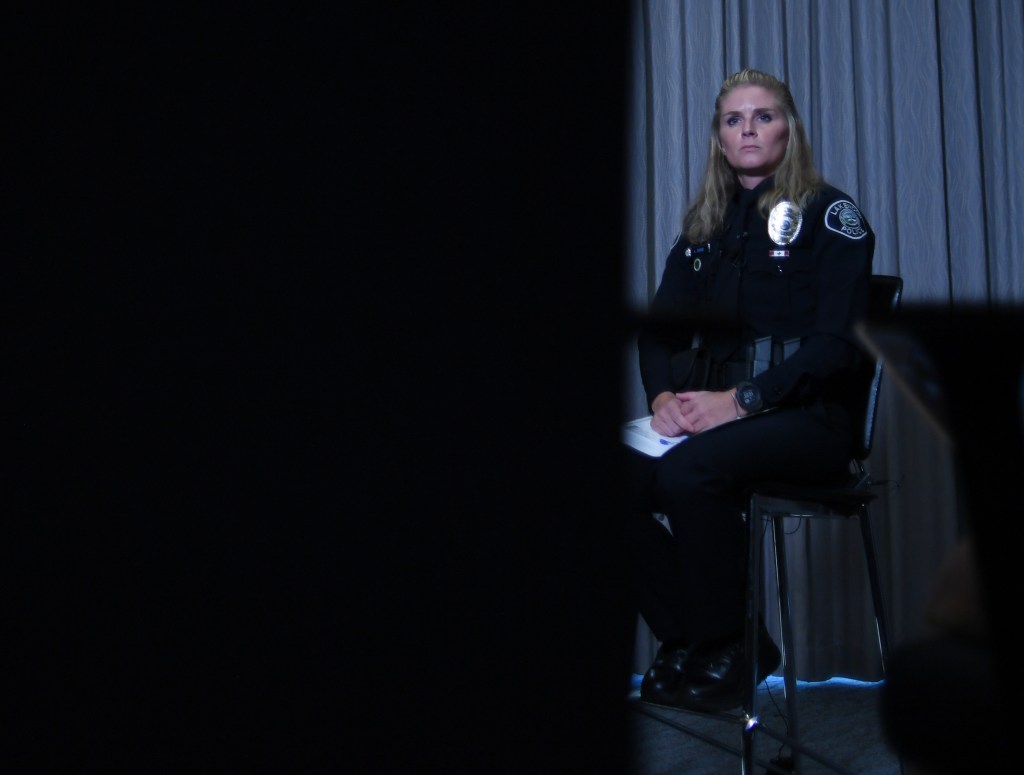 A Lakewood police officer will not face criminal charges for fatally shooting a gunman who killed five people on a pre-meditated two-city shooting spree last year.

First Judicial District Attorney Alexis King found that Agent Ashley Ferris‘ decision to shoot at gunman Lyndon McLeod was reasonable and heroic. King also cleared a second Lakewood police agent, Brianna Hagan, who fired at McLeod after he shot at her during a traffic stop as police searched for him the night of Dec. 27.

McLeod approached Ferris while she set up a perimeter in the Belmar shopping area. He wore a black vest with “POLICE” written across it and Ferris at first thought he was security from a nearby business. He fired at Ferris, hitting her once, and Ferris shot back as she fell to the ground and as she lay wounded on the pavement.

“Agents Hagen and Ferris and their fellow officers from multiple agencies responded swiftly and bravely to end this spree of senseless violence in our community,” King said in a news release. “Agent Ferris demonstrated particular heroism in returning fire while gravely wounded herself, and our community owes her and all of our law enforcement partners a debt of gratitude for their service during this tragic event.”

McLeod shot Ferris in the abdomen and the bullet fractured before exiting her back, damaging her sciatic nerve and leaving her temporarily paralyzed in her right leg. Ferris returned to work in May after two surgeries and hundreds of hours of physical therapy.

King’s office reviewed 2,100 photographs and approximately 900 pages of reports before deciding not to charge the two officers.

McLeod already had killed five people —  Alicia Cardenas, Alyssa Gunn Maldonado and Michael Swinyard in Denver, as well as Sarah Steck and Danny Scofield in Lakewood — and attempted to kill several others by the time he encountered Ferris at the Belmar shopping area.

Investigators later learned the gunman was the author of three racist and misogynistic books that described similar killings and named some of his eventual victims. A German man warned the FBI and Denver police a year before the shootings that McLeod posed a violent threat, but Denver police were not able to contact McLeod at the time or substantiate the threat.

This is a developing story that will be updated.