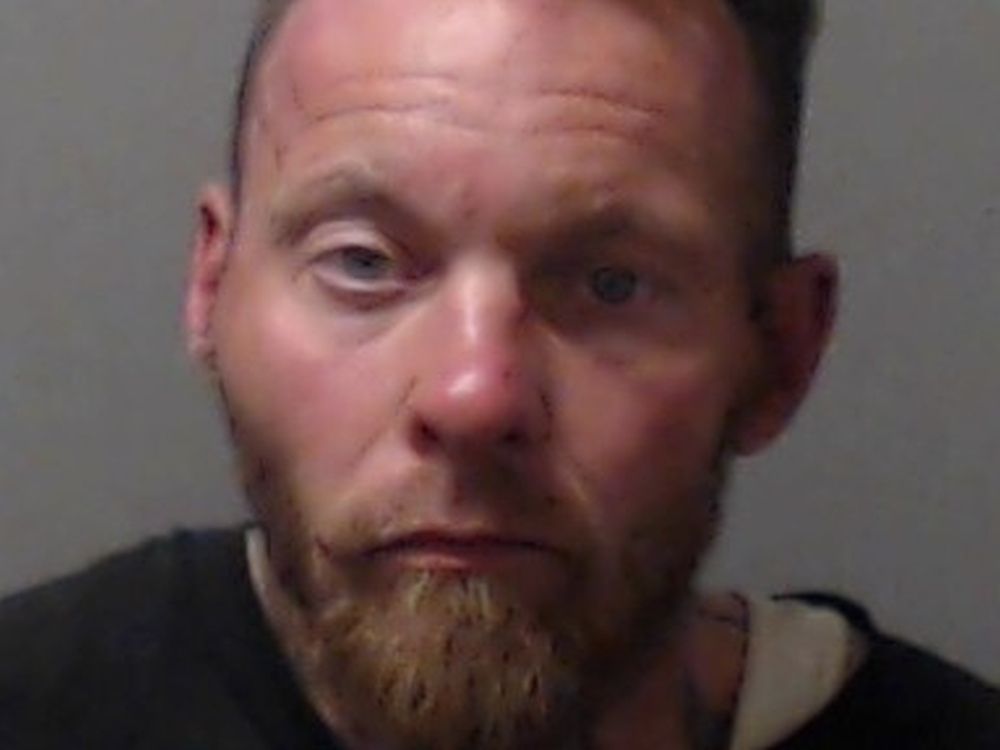 Mounties have issued a public warning about a prolific offender in Kelowna who is back on the street.

Kelowna RCMP said Justin Wayne Collins, 45, was arrested Sunday for assault, mischief, theft of mail and breach of a probation order. He was released with further conditions after a court appearance.

“Justin Collins is a repeat offender who has no regard for the safety and well-being of others.” said Supt. Kara Triance of the Kelowna detachment in a statement.

According to Kelowna RCMP records, Collins has more than 421 police files and 64 charges against him since 2016. Charges include violent assaults, robbery, theft, mischief and indecent acts.

Collins has no fixed address, and his behaviour has made him unsuitable in some supportive housing environments. While Collins is “linked” to health-care services, he doesn’t consistently use them, said police.

“The Kelowna RCMP continue to make arrests and bring Justin Collins to court, however without adequate consequences or compulsory pathways to mental-health and substance-use programs, our public is at risk,” said Triance.

Anyone who witnesses Collins involved in a criminal act is asked to call 911.

Kelowna Mayor Colin Basran was one of 13 mayors who wrote to Attorney General David Eby and Public Safety Minister Mike Farnworth in April urging action on prolific and repeat offenders who are routinely arrested and released in what critics say is a “catch-and-release” program.

The letter cited the case of an unnamed Kelowna offender who has been the subject of 346 files and 29 convictions for property crime and assault offences since 2016.

It also said 15 chronic offenders in Kelowna have racked up more than 1,000 negative contacts with police.

The mayors called for stricter bail conditions and consequences for repeat offenders, increased funding for the B.C. Prosecution Service and more community courts across the province.