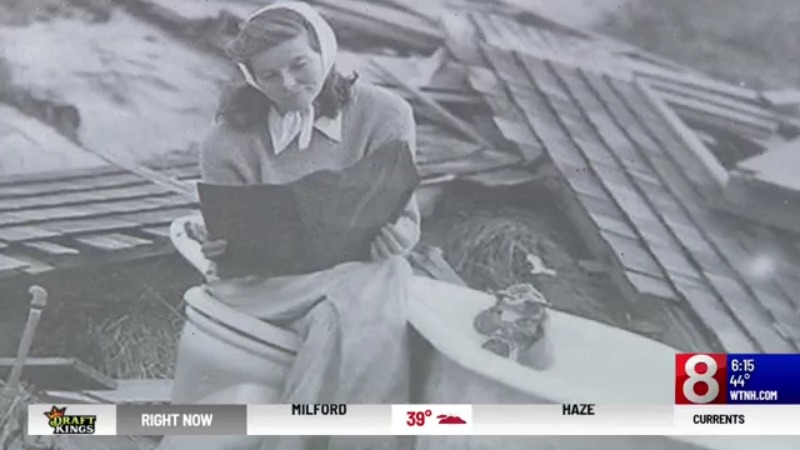 OLD SAYBROOK, Conn. (WTNH) — The Katharine Hepburn Cultural Arts Center is a gem of a place with a movie star name in Old Saybrook — a place for arts and all things Kate.

When the theater was closed for a time during the pandemic, the museum was expanded to better tell the story of the iconic actress’s life.

“There are letters between Katharine Hepburn and her family from her early days in Hollywood, when she was talking about other actors at the time and you know should she do Little Women, all of these things that nobody else has ever seen, and that was really a catalyst for creating the space,” museum Development Director Robin Andreokli said, holding a letter.

Hepburn fans are coming in droves to see and hear all they can about her professional and private life.

“We have a lot of examples of her relationship with her one and only husband, Ludlow Ogden Smith,” Andreokli said. “This is reproduction of a joint passport, that they had, they were married for just a brief time but they remained very good friends.”

That Fenwick home would be destroyed one summer. Andreokli pointed out a bathtub that was in the Hepburn home prior to the hurricane of 1938. The tub is one of the few remaining pieces of furniture from the house after the hurricane.

Hepburn had the house rebuilt in one year’s time, using bricks to make it more sound.

Over the course of her career, Hepburn developed a flair for fashion in her years in Hollywood. Andreokli showed-off a jacket of Hepburn’s, which was designed by Valentina.

“Valentina had done the pieces for the Philadelphia story and Katharine Hepburn quickly fell in love with her style and aesthetic and she would have her design clothing for her personal wardrobe too,” Andreokli said.

The dress, which was featured in the film Sea of Grass, showed-off the actress’ tiny, 22 1/2 inch waist, Andreokli said.

Hepburn, one of the most well-known actresses of all-time, dedicated her life to her craft: from drama to screwball comedy.