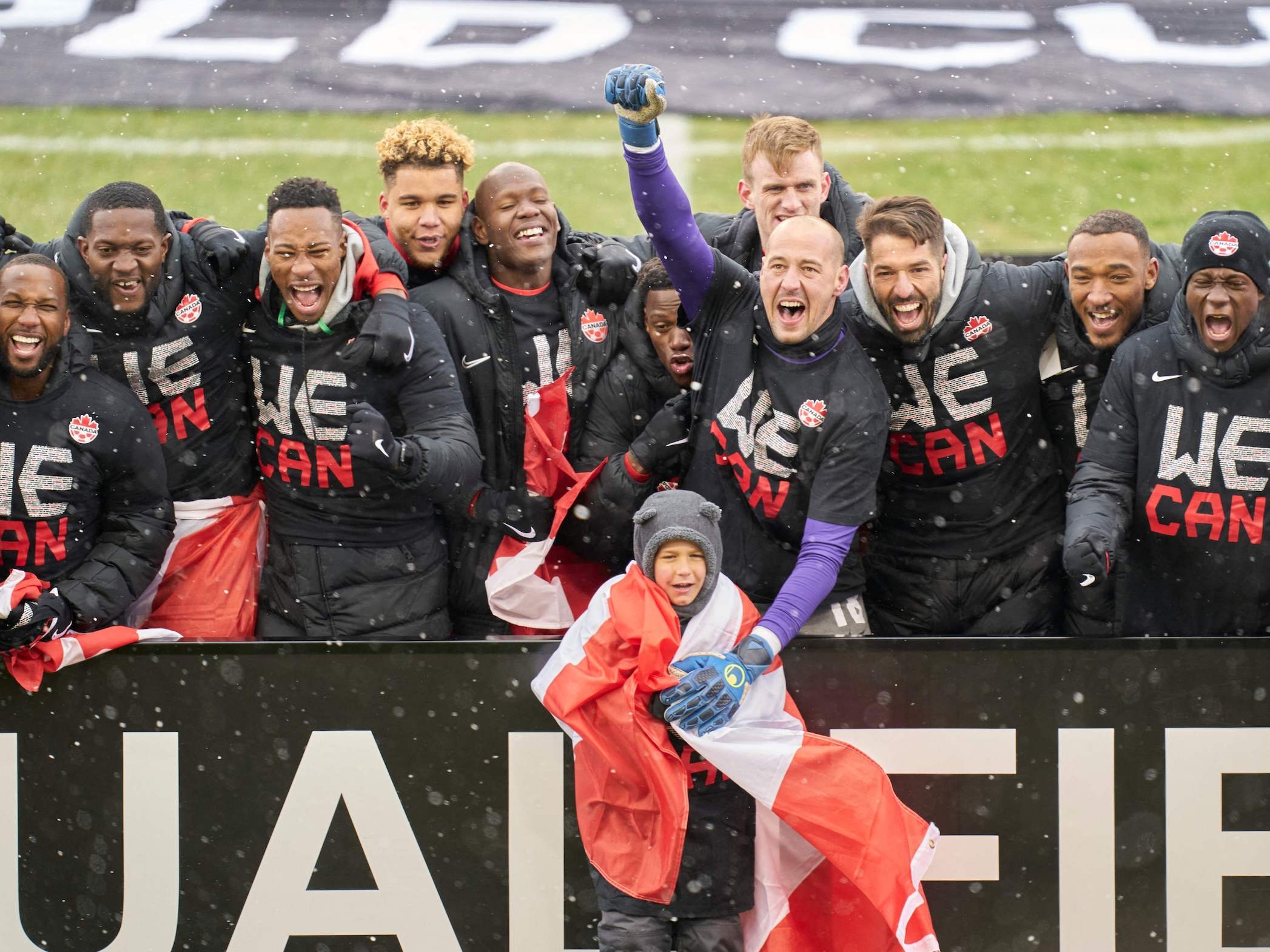 It was a celebration occasion, never really a soccer game.

Canada owned the ball from beginning to end in yet another ‘Frozen Fortress’ game in winter weather to seal the deal and complete the first FIFA World Cup qualifying in 36 years and second only in our nation’s history.

It was a 4-0 win over Jamaica with the Canadian flags waving from start to finish and the crowd singing throughout including the national anthem in the final minute.

And the moment it was over, 13,343 days after qualifying for Mexico 1986 in St. John’s, Newfoundland, the focus was on the future, not the past.

The focus was immediately on Qatar this fall and the next four years until a Canada-USA-Mexico World Cup and beyond to future 48-nation World Cups in which Canada can reasonably be expected to be a part of the proceedings as a legitimate soccer nation.

This team only lost one game of the 14 in the CONCACAF eight-team home-and-home World Cup qualifying tournament that concludes with Canada at Panama.

But the way it worked out was perfect.

The Canadians, who were able to win massive games against Costa Rica and Mexico in Edmonton and against the United States in Hamilton, were able to win it on home soil in Toronto and create a scene to be savored by the entire nation.

How many friendly games over the years had been scheduled for Toronto to take advantage of large population bases of soccer fans from nations like Jamaica to buy the tickets?

Coach John Herdman mentioned it after the previous game in BMO Field, how great it was to finally play a game there where the team didn’t feel like the visitors, where nearly everybody in the stands was wearing red and many waving Canadian flags. And this day, the first time the Canadian team drew a sellout 30,000 plus in the stadium.

It was too bad that Edmonton product Alphonso Davies was not able to be part of it due to being diagnosed with an inflammatory heart condition after testing positive with Bayern Munich for COVID-19.

More than anybody else, this was his triumph.

Davies was the flag bearer for this all to happen by first deciding not to follow the path of Calgary’s Owen Hargreaves who chose to play for England instead of Canada.

Davies became an international soccer superstar, considered by many as the top left back in the world. He was also the then largely unknown teenager who was chosen to make the speech as part of the bid in Moscow that won the Canada-USA-Mexico 2026 FIFA World Cup.

Davies was forced to watch the Canadians secure the spot in the last two FIFA windows watching the telecasts following his two Edmonton homecoming wins from his residence Munich.

But in a way that was a significant slice of the statement that was made this day and forward to the future.

Canada proved they didn’t do this with one player.

When all this began, Davies was the only player on the team that most anybody had heard of before.

As was the case before almost 50,000 in Commonwealth Stadium in Edmonton for -10C wins over Costa Rica and Mexico and a similar scene down the QEII in Hamilton before 25,000 in Tim Horton’s Field in Hamilton a month ago for a victory over the United States, it was a Canadian winter weather advantage game. The difference was a 40 kph wind that had to be harnessed.

Now all of them have a chance to be remembered like so many of Canada’s only other team to do it, members of Canada’s only other World Cup qualifiers from Mexico 1986. Names like Bob Lenarduzzi, Bruce Wilson, Ian Bridge, Carl Valentine, Branko Segota, Mike Sweeney, Randy Samuel, Dale Mitchell, Colin Miller and keepers Tino Lettieri and Paul Dolan managed to live on.

And remember that many of the players on this team will be with the team for the four-year build-up to our World Cup hosting in 2026.
And in 2026 and beyond there will be 48 teams involved not 32. So Canada, as a certified soccer nation now, should be expected to be involved every year.

Canadians have been frequently reminded this year the 1986 team didn’t win a game or even score a goal.

There’s no guarantee that they’ll win a game this year in Qatar either.

But there shouldn’t be much doubt that they’ll put the ball in the back of the net.

Canada with one game to go has scored 23 goals.

This team plays go-forward football not the nil-nil brand of kill-the-game soccer from the past.