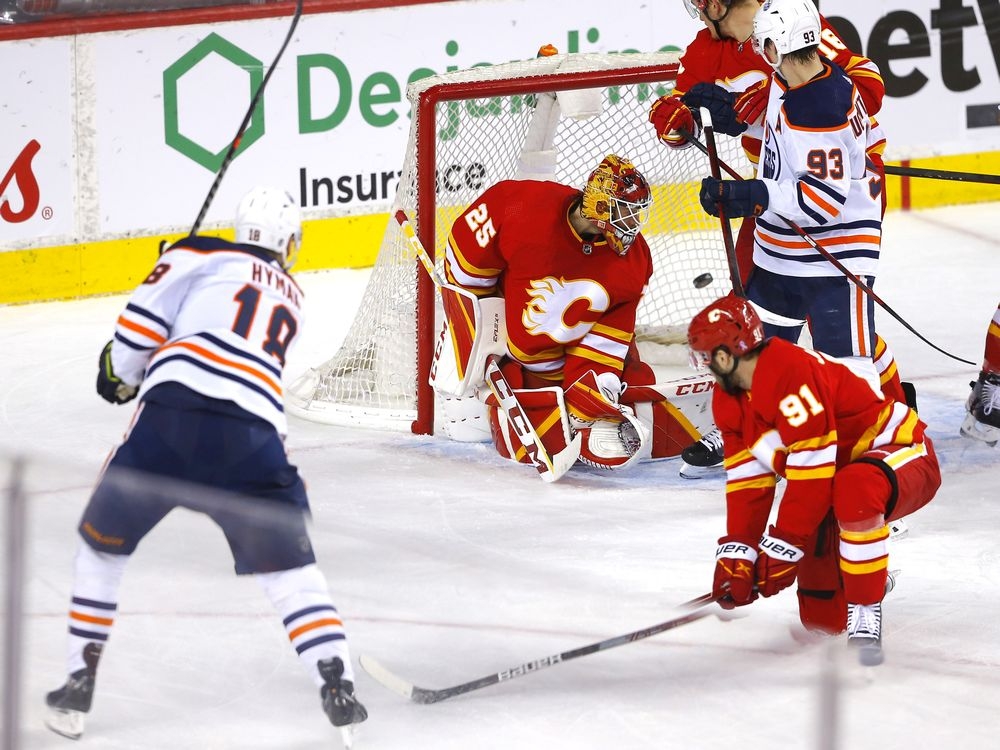 The smart money is on Calgary.

The big money is on Calgary.

But the most bets are on Edmonton.

And the most interest is on Calgary-Edmonton.

I suspect most Stanley Cup playoff TV viewers are already well beyond weary with the overwhelming volume of sports betting entities advertising their existence in this initial year of legal single game and proposition sports betting in Canada.

But think about this as the first Stanley Cup Battle of Alberta gets set to move north for Games 3 and 4.

Lets say you have zero interest in betting a dime. The betting business is still proving to be an intriguing study.

It has offered no lack of storylines, but heading into Game 2 Friday in Calgary the betting business has offered an entirely new perspective to view the Oilers and Flames and even compared to Edmonton and Calgary.

I contacted Adam Burns, manager of BetOnline, to explain the fascinating phenomenon that’s already visible involving these two teams. It was Burns that broke it down for me.

“The sharp bettors and the larger bets are betting on the Flames, but there has been a larger quantity of bets being made on Connor McDavid and the Oilers,” Burns observed.

“It is the highest wagered second round series this season,” he added of what’s involved here.

Regionally the numbers are equally interesting.

The news of the day between the opening two games in Calgary was the announcement of Calgary coach Darryl Sutter as a finalist (and I believe almost certain winner) of the Jack Adams Trophy as the NHL coach of the year.

You can dig out all sorts of statistics to illustrate the job the Viking rancher has done with the Flames but there’s none that illustrates it more dramatically than tracking the betting odds during the year.

The series opened with Calgary at 1-to-2 and Edmonton at 7-to-4.

The betting line on the number of games it would take to win the series was interesting.

Study that a while and you’ll realize the task ahead with Edmonton having started their fourth straight Stanley Cup playoff series by losing Game 1.