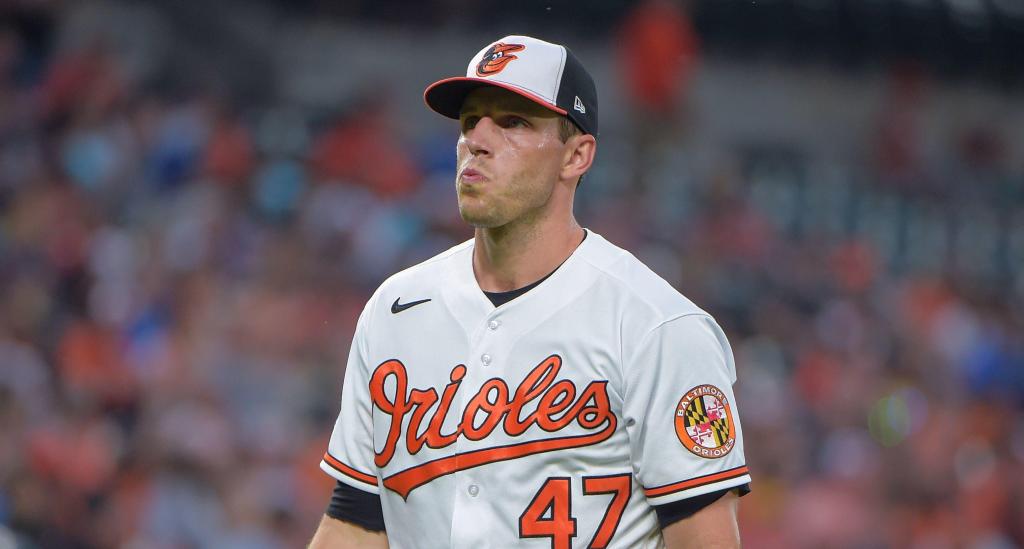 The Orioles are awaiting a second opinion on the state of left-hander John Means’ elbow, but there’s uncertainty surrounding whether the ace will return at all this season.

Means left his Wednesday start against the Milwaukee Brewers after only 51 pitches in four pitches, and the initial prognosis was left forearm tightness. In the aftermath, Means played down his concern for the injury, hoping he’d be throwing again in the next few days after what he believed to be a muscle-related issue settled down.

Instead, Means landed on the 10-day injured list Friday with a left elbow strain. And Saturday, ahead of Baltimore’s game against the New York Yankees, manager Brandon Hyde offered a bleaker outlook — although he emphasized how Means and the Orioles are still waiting for additional testing before making a definitive announcement on his long-term availability.

“It’s going to be a while, Hyde said, before adding: “It’ll be a while for some results to come back, but I wouldn’t expect him to pitch any time soon.”

When asked if he expected Means to return this season, Hyde was again unsure.

The potential loss of Means would leave Baltimore’s starting rotation with a gaping hole. There are few experienced options as it is, with right-hander Jordan Lyles the only current starter to have pitched a full season.

On Friday, Hyde described Means’ ailment as a forearm muscle strain based on an MRI the pitcher underwent Thursday. Wednesday’s initial description of forearm tightness can be precursors to various elbow injuries, with elbow reconstruction surgery on the most severe end of that spectrum.

Means, 28, posted a 3.62 ERA across 146 2/3 innings last season for the Orioles. He entered this season with the hopes of pitching upward of 200 innings, but that plan has been sidetracked — if not derailed entirely.

“It’s frustrating, for sure,” Means said Wednesday. “Wanted to get rolling and wanted to start the season strong. It’s a long season and get this out of the way, get going, still confident I’m able to go.”

The initial test results might have shaken that confidence, however. Hyde said Saturday that Means will “see some specialists” and the team doesn’t expect results from those visits for “a while.”

“He’s not going to be on the mound for a while,” Hyde said.

Without Means, Baltimore will lean on several inexperienced starters, such as right-hander Tyler Wells, left-hander Bruce Zimmermann and right-hander Spenser Watkins — the scheduled starters for Saturday, Sunday and Monday, respectively. Hyde said he had “some ideas” for whom could take the mound Tuesday against the Oakland Athletics, although he opted against tipping his hand.

This story may be upated.