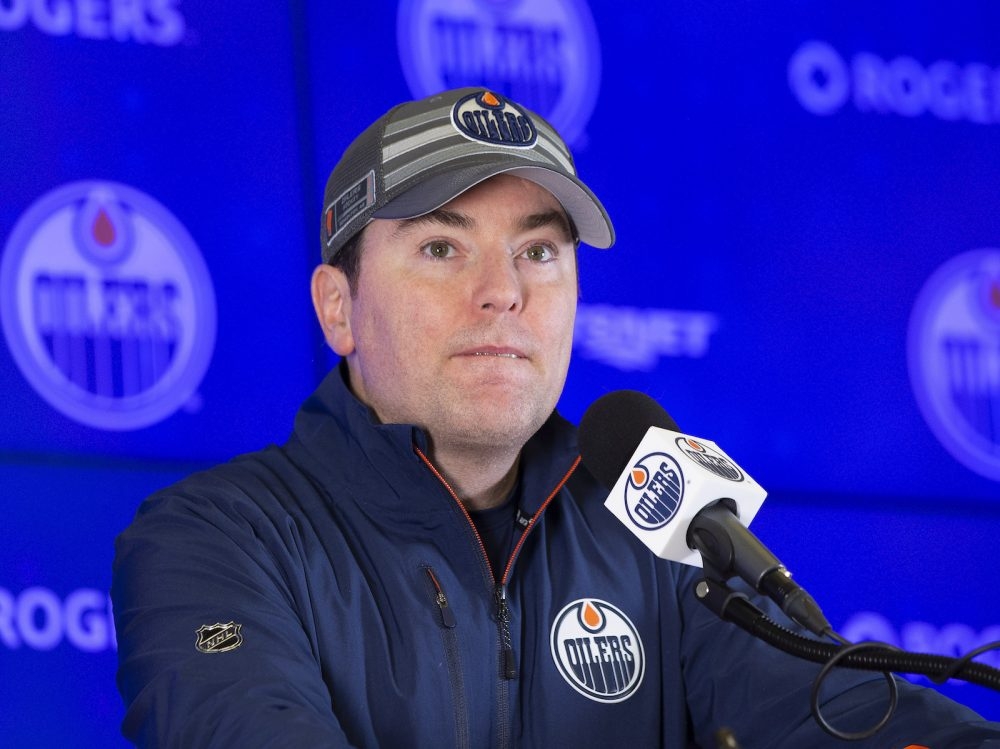 But when you move from the ice to the benches? That’s different.

It’s one coach who saw something in a younger guy and gave him his shot almost 15 years ago.

So yes, Los Angeles Kings coach Todd McLellan, who had the Oilers one game from Round 3 in 2017 as their head man vs Jay Woodcroft, who was his assistant on that Edmonton staff and before that in San Jose, is a story.

While Woodcroft and McLellan remain fast friends they may not say a word to each other in the playoffs. There were no beers Sunday.

“I can comfortably say that (fraternization) won’t happen,” said the current Edmonton Oiler coach, who was the video coach in Detroit while McLellan was the assistant to Mike Babcock before McLellan got his first head-coaching gig with the Sharks in 2008 and took Woodcroft with him.

“I understand your attraction to that question, but over the last two and half months the Edmonton Oilers have met the Los Angeles Kings three different times. The novelty of that narrative has, I believe, worn itself out,” said Woodcroft, who became head coach in mid February and took the Oilers to a 27-12-4 record and second in the Pacific, with the Kings third.

“Todd will do his best to get his team prepared, and our coaching staff is doing the same thing.”

Woodcroft came to the Oilers organization with McLellan in 2015 with McDavid as a rookie and Leon Draisaitl and Darnell Nurse just starting their careers.

Is there anything poetic to maybe finishing the job (Cup win) against his mentor McLellan? Woodcroft won’t go there.

“We’re all trying to achieve the same goal, Connor, Leon, the other players, the coaching staff trying to be the best we can be so we move the needle,” he said.

But would Woodcroft be an NHL head coach without McLellan bringing him with him to San Jose as his assistant after the Detroit video gig when the Sharks job came open?

“At some point we all need somebody to believe in us,” said Holland, who was running the Wings when McLellan and Woodcroft were there. “Todd could have gone to San Jose and left Jay behind in Detroit as video coach but Todd got Jay onto the bench.

“Jay had a work ethic and passion in Detroit and all video coaches watch games over and over again. They have a real understanding of the league and the players and how the game has to be played.”

Holland fired Dave Tippett, who has 1,035 NHL head-coach games to bring in Woodcroft who had none.

Was Holland sold on Woodcroft as an NHL bench boss?

“I don’t know if you ever really know. I saw an 18-game winning streak in Bakersfield while he was there as coach and this past Christmas, I watched them 20 times on the computer and I liked the way the Condors played, how the players interacted. Plus, the young players who came up, (Kailer) Yamamoto, Evan Bouchard, Ryan McLeod, they got better,” he said.

Woodcroft is running with it now, but in 2008, his future was up in the air when McLellan offered him a job.

“I had a decision on what path I wanted to go down in the hockey world. San Jose was an opportunity but it was hard to leave Detroit after they had just won the Stanley Cup,” said Woodcroft. “Todd took a chance on me, but I took a chance on him as well in trusting my development to him. He paid me back in spades.”

Mike Smith remains very tight with Tippett after their player-coach journeys in Arizona, Dallas and here, but he liked what Woodcroft was selling, right away.

“There’s no stone left unturned with Jay. He’s totally invested in this team and his craft and I like the way he relays it to his players. He speaks very well and everyone is listening when he’s talking. When he leaves (the room) we’re saying ‘he’s right.’ It’s easy to buy in when you believe in what he’s saying and you go onto the ice and have success,” said Smith.

This is Woodcroft’s first playoff rodeo as a head coach. He’s more pumped than nervous.

“I’m excited because our team has earned the right to be the home team. But I’ve been around a lot of NHL playoff series and had some good runs in the American Hockey League,” he said. “This is my first time as an NHL head coach but I feel very prepared for it.”

Woodcroft was the good cop, often listening to griping players when he was McLellan’s assistant here and in San Jose. But, he stepped into a different job description when he replaced Tippett and has hit it out of the park so far.

“I wasn’t nervous because when you’ve put the work in you earn the right to feel confident in that situation,” he said. “For myself this is the most natural thing in the world. I’m most comfortable standing before our team or behind the bench or with a whistle during practices. I’m fortunate we have as many good players as we have that have welcomed myself and (assistant) Dave Manson with open arms.”