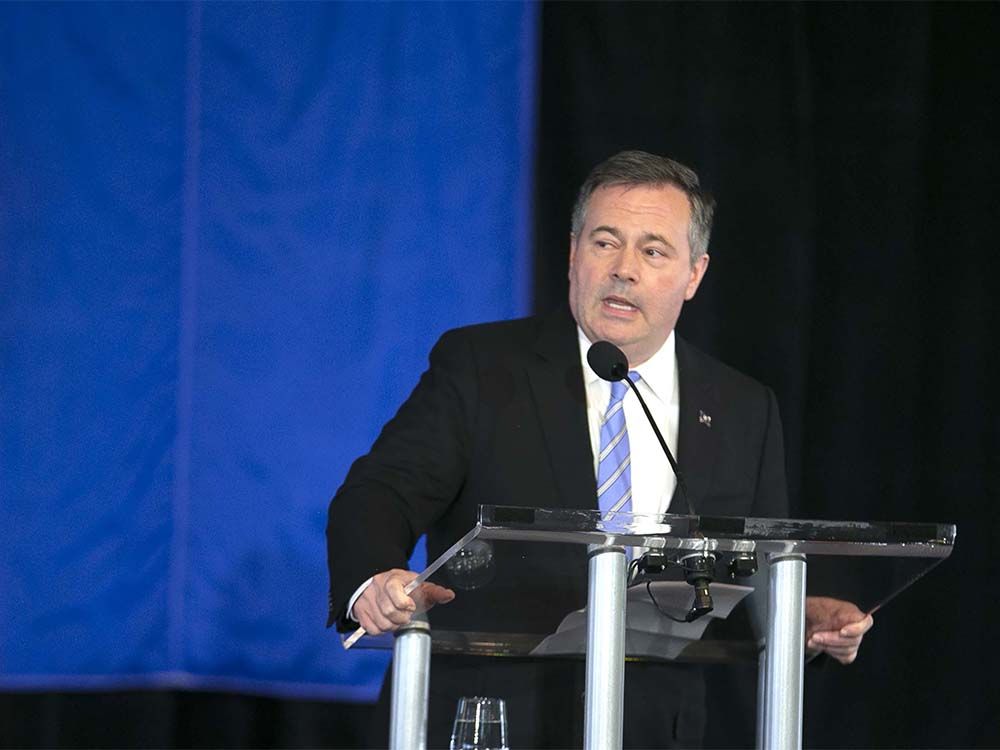 Premier Jason Kenney said he will not run in the upcoming United Conservative Party leadership race, saying he was surprised, but relieved when he saw the results of this week’s leadership review.

Kenney received just over 51 per cent support from party members who voted in a leadership review, prompting him to announce Wednesday night he intended to resign as leader of the UCP. However, a marathon six-hour caucus meeting Thursday saw Kenney remain at the head of the party until a new leader is chosen, causing speculation he might put his name back on the ballot to reclaim his role.

During a radio show Saturday, Kenney took questions from the public and the host of the show, where he was asked if planned to put his name forward once again.

“No, and if that was the case I would have stepped down as leader earlier this week,” Kenney said. “I’m focused on continuity and stability.”

Kenney said that when he saw the results of his leadership review, he was surprised as the 51 per cent support did not correlate with what he had heard from party members in the lead-up to the vote.

However, the premier said he was relieved seeing the vote, noting he has spent several decades in public life and would now have time to focus on things he had been putting off.

“I spent the better part of three years trying to get the free enterprise party united so we could ensure there wasn’t a vote split in the last election, had a lot of policy ambition that we’ve already achieved and so when I leave as premier, I will leave with my head held high,” said Kenney.

His comments during Saturday’s radio program were the first extended remarks Kenney has made since announcing his intention to resign. He held a photo opportunity and made a brief statement ahead of a cabinet meeting Friday, saying he was continuing to focus on working for Albertans. Kenney has not taken questions from the media since Wednesday’s announcement.

Duane Bratt, a political scientist at Mount Royal University, said he believes Kenney’s decision to resign after the review was the correct one and that his decision not to run in the leadership race is also correct. He said Kenney’s announcement Saturday clears up a lot of confusion facing the party.

“You would have thought and hoped that he would have cleared that up sooner,” said Bratt. “At no time did he take any questions and that would have been obviously question number one.”

Bratt said not running helps Kenney remove himself as a lightning rod for criticism but allows him to continue to work as premier.

Kenney said during the radio show that he was given a strong mandate in the last provincial election, with the UCP garnering over a million votes, however, he said COVID-19 threw a wrench in that mandate. While other conservative premiers in Canada appear to have remained popular following the pandemic, with Scott Moe still having strong support in Saskatchewan and Doug Ford currently leading the polls during Ontario’s election season, Kenney saw his popularity plummet.

Alberta’s premier said he believes Albertans’ libertarian spirit and natural distrust of government overreach were a factor in his loss of support as well as his allowance for vocal dissent from within his own party.

“I demonstrated the greatest tolerance for internal dissent because I believe in the parliamentary system, and maybe one of my mistakes has been not maintaining stronger discipline like those other leaders,” said Kenney.

Drew Barnes, an independent MLA who was kicked out of the UCP over criticism’s against Kenney, told Postmedia Friday he believes the caucus made a mistake by not demanding an immediate resignation from Kenney.

“Albertans spoke up that he hasn’t met expectations that he hasn’t provided the economic freedom and the individual opportunity that Albertans desired three years ago,” said Barnes. “Today, Albertans are disappointed that the UCP caucus didn’t demand a resignation and start to move forward.”

With Kenney’s eventual resignation as party leader, the process has begun for the UCP to elect a new head of the party. UCP spokesman Dave Prisco told Postmedia on Friday the next task is to appoint a leadership election committee. That committee will set the rules for the leadership race, including any timelines for voting.

Kenney said he will not be endorsing anyone in the upcoming race, as it is his job now to ensure continuity in government. He also noted any current ministers who intend to run would not step down from their role in cabinet.

Fort McMurray-Lac La Biche MLA Brian Jean and former Highwood MLA Danielle Smith, both former leaders of the Wildrose Party, have signalled their intention to run to lead the UCP.