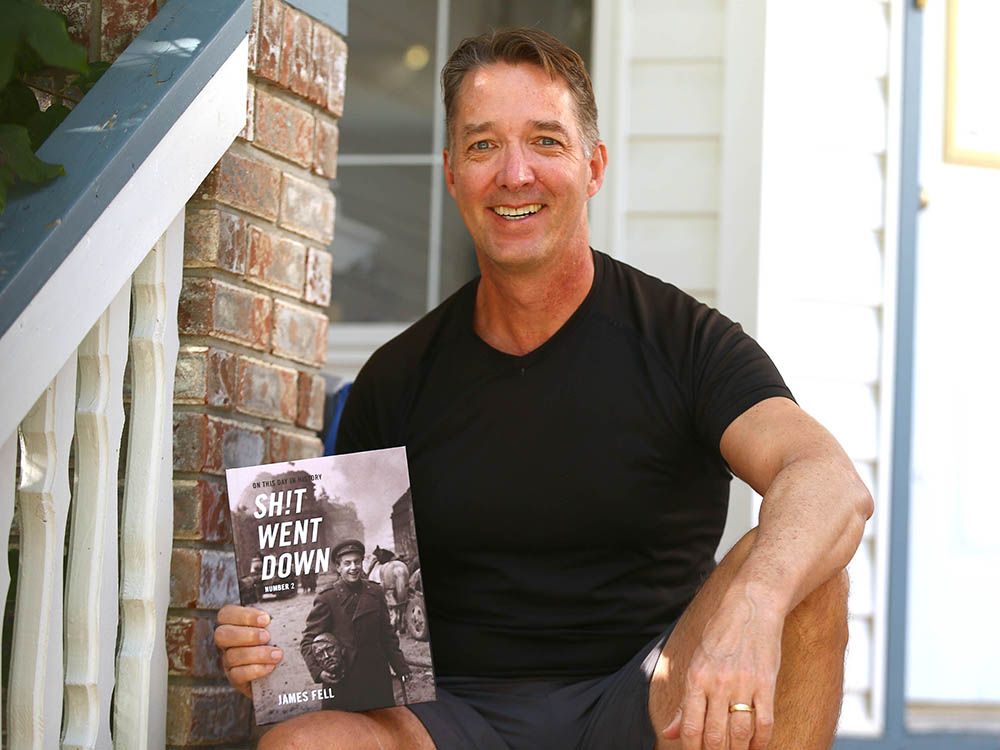 A local author is preparing to launch the second edition of a bestselling history book after he transitioned away from fitness writing during the COVID-19 pandemic.

James Fell had spent years writing books about fitness prior to 2020 and was planning on making a career change to public speaking. However, once public health measures shut down nearly all gatherings, that transition became quite difficult. Instead, he dusted off a master’s degree he obtained in history a quarter of a century ago and began writing about strange, quirky and relatively unknown historical stories from each calendar day on social media.

“I was in kind of desperate circumstances and on a whim, wrote and on this day in history post for my Facebook page and you know, filled it with with sarcasm, profanity. It was moderately popular,” said Fell. “then the next day, I did another one that was about Mae West being arrested and serving eight days in prison for corrupting the morals of youth. . . That one blew up and a whole bunch of people went into the comments saying, these are great. You should do an entire year’s worth and turn them into a book.”

So Fell did, releasing On This Day In History Sh!t Went Down in 2021. After that copy sold more than 30,000 copies and his social media following grew to nearly 250,000 followers from 80,000, He decided to put together a second edition which will be released next Wednesday at a launch in southeastern Calgary.

“I expect most people are gonna want both books because it seems to me that that I hit a lucky strike. I came up with the right idea at the right time and people kind of latched on to it. So, if they bought volume one, they’re probably going to buy volume two,” said Fell.

Fell said the two volumes are a compilation of the stories he has been sharing for free online. He said he has taken reader feedback on how to expand or improve on some of the terms he uses and has used a professional copy editor. But otherwise, the books have been published independently with no paid advertising behind them.

“I actually asked people if they found a typo, let me know because they knew it was going into a book. And so they would help me find grammatical fixes. But there were also factual changes and tonal changes. I try hard to be very inclusive and compassionate in my language while at the same time swearing my head off,” said Fell. “I drag people that deserve the drag.”

He said his book launch next week is Calgary-centric featuring beer and food from the city while using a Calgary-founded company to sell tickets. Those who purchase a ticket will have access to volume two a week before it is officially launched.