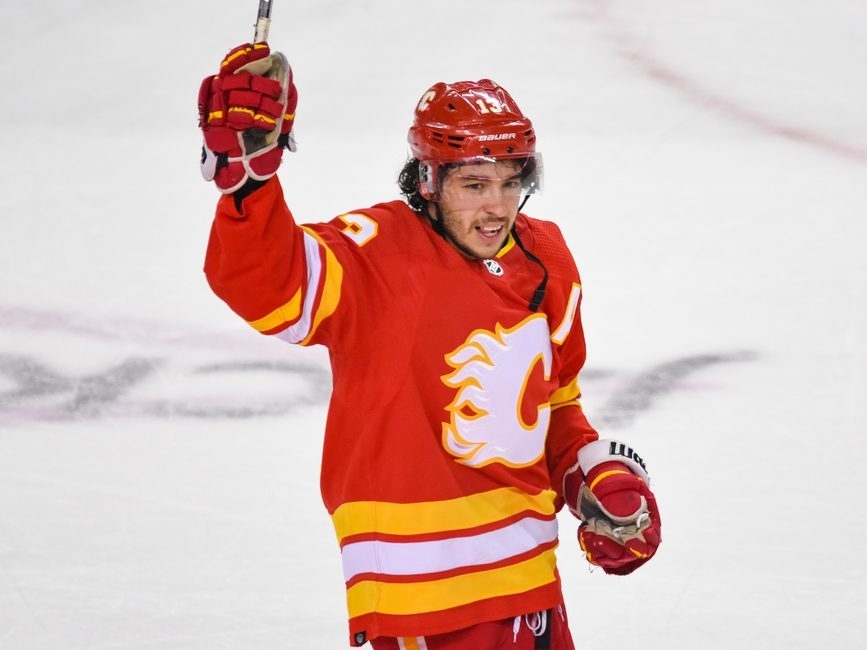 Johnny Gaudreau wants fans to know that not re-upping with the Calgary Flames was the “toughest decision” he’s ever had to make.

He also wants to “set the record straight on a few things” he’s heard since the NHL’s free-agency window opened and he opted to sign for less money than the Flames offered with the Columbus Blue Jackets.

The dynamic winger penned a letter titled ‘To Calgary,’ which was released early Wednesday by The Players’ Tribune — a website that publishes first-person stories from pro athletes.

“To my Flames Family, I hope you can understand my decision more after reading this letter,” began Gaudreau. “I appreciate how much you wanted me to stay and I hope you can see how hard this decision was for me. Before I was a hockey player, I was a hockey fan. I totally get it. It’s hard not to see any free agency decision as a betrayal.

“All I would ask though is for people to hear me out, as a human being.”

He went on to talk about how he grew to love Calgary after being drafted by the Flames, calling it “a hockey city . . . with great people” and how the fans helped fuel his desire to play the game.

“But as much as I love hockey . . . family is everything to me,” wrote the 28-year-old Gaudreau. “It’s the most important connection I have. And a few years ago, I think I started to realize how much you sacrifice when you give 100% to your career. I felt like I needed to do more to center my family in my life after we experienced some hard times.”

Two pivotal moments in his life had a lot to do with his line of thinking, he said.

One was his father’s heart attack in 2018, and the other was meeting Meredith, who soon became his wife.

“In the end, trying to find this balance is what this decision came down to,” Gaudreau wrote. “As much as we both love Calgary, I think Meredith and I just felt that it was going to be very hard to continue living as far away from our families as we’ve been living — especially as we’re starting a family of our own.

“It’s the toughest decision we’ve ever had to make.”

That decision included leaving a lot of money on the table in deciding to sign in Columbus, Ohio — an eight-hour drive from his home-town of Carneys Point, N.J.

The Flames’ final offer to the forward coming off a career-high 115-point season was believed to be an eight-year contract worth $84 million. Over the next seven seasons with the Blue Jackets, he’ll get a total of US$68.25 million.

“And while I normally wouldn’t give that stuff the time of day, I feel like I owe it to Flames fans to be honest. For what it’s worth, I didn’t know for sure what I wanted to do up until the last hours of the last day.”

“And as for ‘hopping on a plane’ and all of that . . . ” continued Gaudreau. “I’m incredibly grateful to be an NHL player, and to be making the salary that I make. I don’t take it for granted for a second. This contributes to why money was not the main deciding factor for me.

“But the idea that Meredith and I can just fly to and from home, or have our loved ones visit no problem because we have money? It’s not that simple. Our families still work full-time. Our siblings have their own lives. Our nieces and nephews are in school. It’s a tough trip for folks to make, and it’s only gotten tougher with the pandemic. And it’s hard for us to get out East as well. It’s things like missing your grandfather’s funeral, or having very sick relatives, that make the distance so painful — and you remember that feeling when planning out your future for your family.”

Gaudreau finished the letter saying he “felt like the luckiest guy in hockey” to be adored by Flames fans and hoping he is remembered by Calgarians as “a good person with good values” and not just as a hockey player.

“I know those answers aren’t going to please everyone, just like I know my decision didn’t,” added Gaudreau. “But all I can do here is tell the truth.

“And this is the truth, I promise: I cherished the time I spent in Calgary. For a long time, Meredith and I saw our future there. We wanted to re-sign last summer. We were looking at homes to start a family. But it just didn’t work out.”