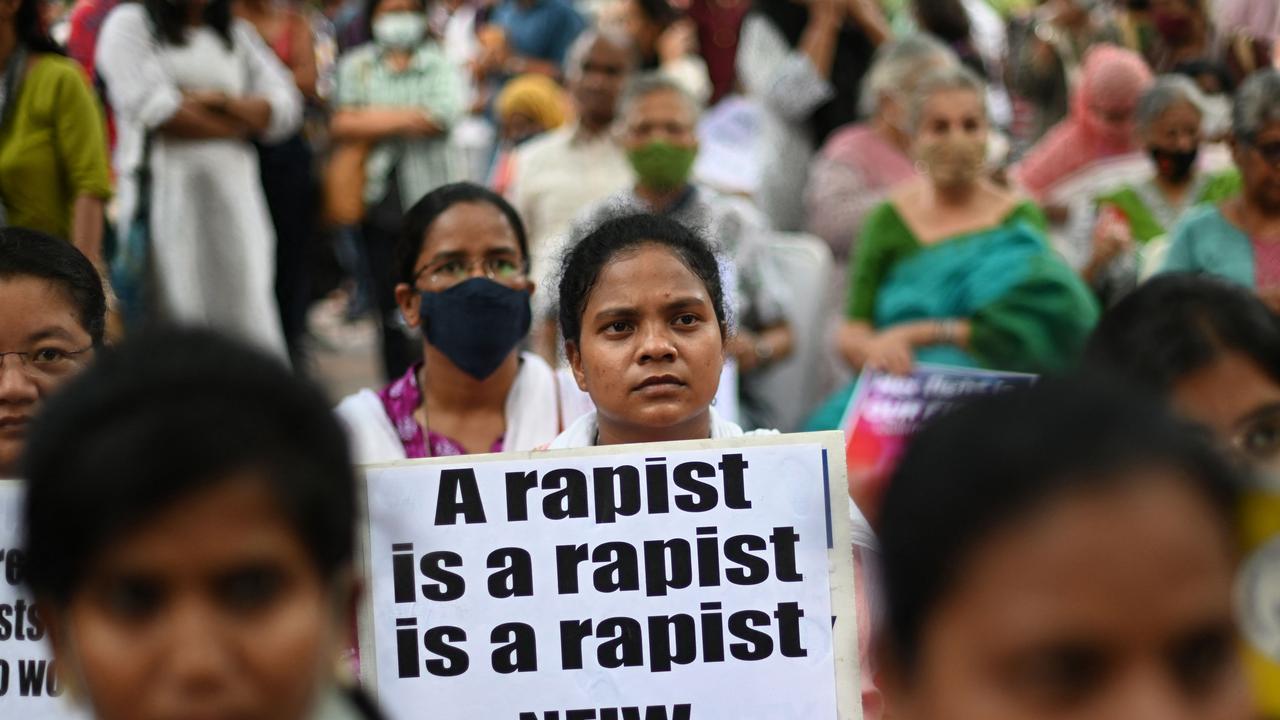 Protests have been held across India after 11 men convicted of gang rape and murder, who were sentenced to life in prison, were allowed to go free.

The demonstrators gathered in various parts of India, including in capital New Delhi, where hundreds chanted slogans, sang songs and demanded the decision made by the government in the western state of Gujarat be overturned.

The protests come after more than 6000 activists issued a joint statement urging India’s Supreme Court to overturn the prisoners’ release, calling it a “grave miscarriage of justice”.

The men were released from prison on August 15, with a video showing them lined up outside the Godhra jail while relatives gave them sweets and touched their feet in an act of respect.

Bilkis Bano, who was raped by the men, said in a statement the decision to free the men had “shaken” her faith in justice, BBC reports.

“When I heard that the convicts who had devastated my family and life had walked free, I was bereft of words. I am still numb,” she said.

“How can justice for any woman end like this? I trusted the highest courts in our land. I trusted the system, and I was learning slowly to live with my trauma. The release of these convicts has taken from me my peace and shaken my faith in justice,” she wrote, appealing to the Gujarat government to “undo this harm” and “give me back my right to live without fear and in peace”.

Back in 2002, religious riots swept through the state of Gujarat when 60 Hindu pilgrims died in a fire on a passenger train. They blamed Muslims for starting the blaze – and it led to days of attacks, during which 1000 people died, the majority Muslim.

Bilkis Bano was just 19 at the time, and pregnant with her second child. She was visiting her parents in a small village with her three-year-old daughter when her life changed irrevocably.

“I was in the kitchen making lunch, when my aunt and her children came running. They said their homes were being set on fire and we had to leave immediately,” she told the BBC. “We left with just the clothes we were wearing; we didn’t even have the time to put on our slippers.”

In a group of 17, including women and children, they fled, spending days seeking shelter at mosques and with friends. But on March 3, a group of men stopped them.

“They attacked us with swords and sticks. One of them snatched my daughter from my lap and threw her on the ground, bashing her head into a rock,” she said.

The act killed her young daughter. The men then turned their attention to Ms Bano.

Several of the men raped her. They also raped her cousin who had given birth just two days previously, while they had been on the run. Then they killed her newborn baby.

Ms Bano survived the attack – possibly because she lost consciousness and her attackers thought she was dead. She, along with two boys, aged seven and four, were the only survivors of the massacre.

From life to 15 years

Even though Ms Bano knew some of her attackers, it took two long years for the first arrest to be made.

Before then, she was faced with police intimidation, evidence that was destroyed, a doctor who said she hadn’t been raped and death threats.

Her family has had to move countless times over the years due to the backlash aimed at her.

But talking about the release of the men, officials in Gujarat said that the convicts’ application for remission was granted because they had completed over 14 years in jail, NBC reports.

They were part of a group of prisoners selected to be released during celebrations by the government for India’s 75th anniversary of independence.

The men were eligible under a 1992 remission policy that was in effect at the time of their conviction, officials said.

However a newer version of the policy, adopted by the federal government in 2014, prohibits remission release for those convicted of certain crimes, including rape and murder.

Indian Prime Minister Narendra Modi was Gujarat’s top elected official at the time of the riots, and it is a case that has followed him throughout his rise to India’s top job.

Amid allegations that authorities at the time allowed and possibly encouraged the bloodshed, Mr Modi has long denied any involvement. The Supreme Court has also said it found no evidence to prosecute Mr Modi.

But it hasn’t stopped protesters questioning the Prime Minister over the release of the men.

“The whole country should demand an answer directly from the Prime Minister of this country,” activist Kavita Krishnan said, NBC reports.

And protester Asiya Qureshi said: “Modi gave a speech on August 15 on the safety and protection of women of India and the same day they released the rapists.

“How am I safe in such a climate?”