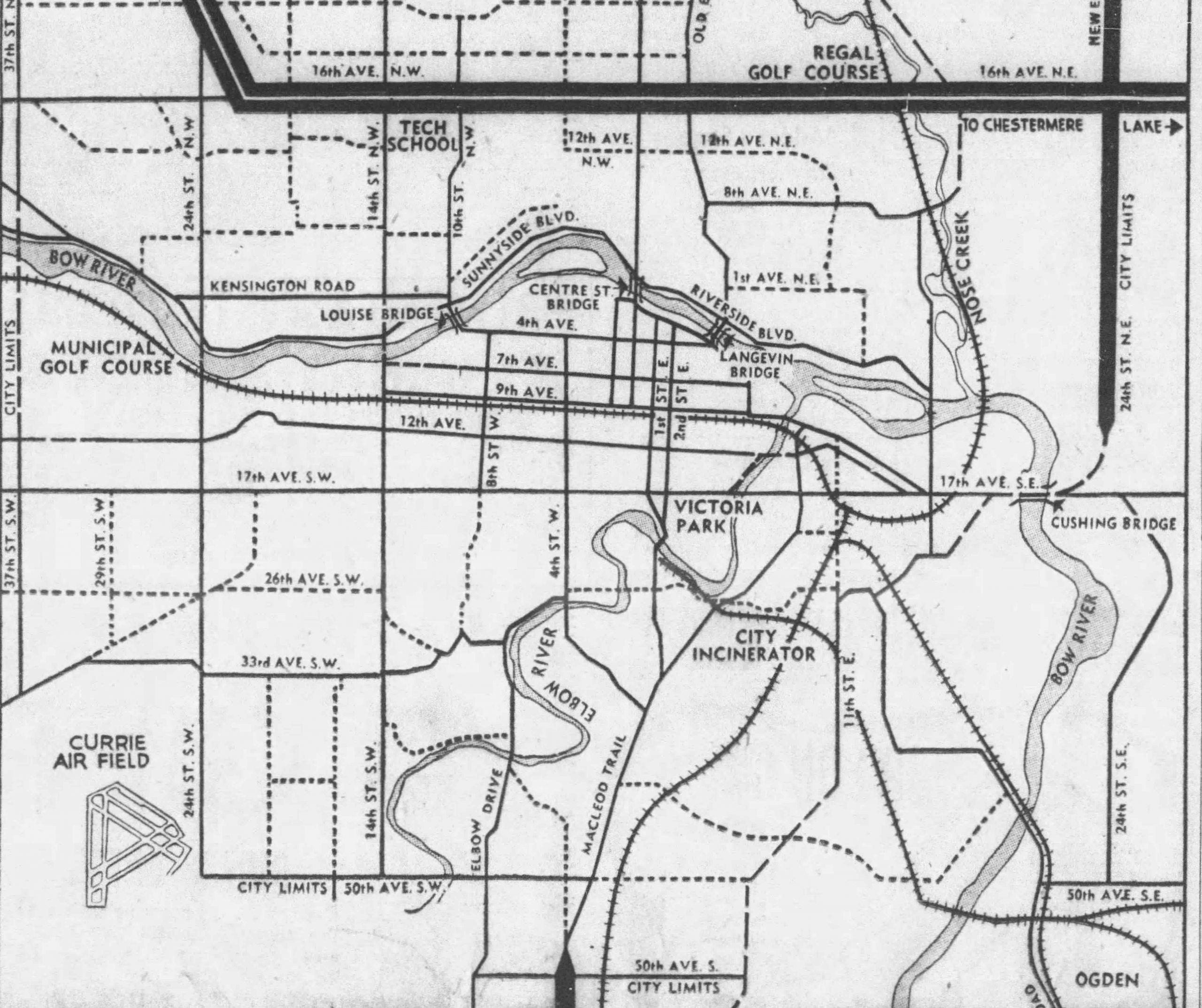 In 1952, Calgary’s growth was on an upswing: 151,000 people lived here — 10,000 more than the previous year — and traffic was getting worse every day. So, city hall decided it was time for a new major thoroughfare plan. Pictured below is the map that appeared on the front page of the Calgary Herald 70 years ago, showing how the main roads that cut through the city were going to operate.

City limits were much more modest, of course. The city was bordered on the south side by 50th Avenue South and on the north by 40th Avenue North.

The major route cutting through the city from east to west was 16th Avenue North, but other significant east-west roadways were to be 17th Avenue South and 33rd Avenue South. Construction needed to occur to ensure 16th Avenue North joined up appropriately with the Trans-Canada Highway.

Macleod Trail was already in existence, but city planners said other major north-south roadways would be 14th Street and 24th Street West.

Roads such as Deerfoot Trail were still non-existent, but interestingly city planners were already suggesting a major road be planned in that general area. Their idea, however, was to build a “New Edmonton Trail,” considerably east of where the current Edmonton Trail stood.

The Calgary Herald editorial board said it was time for the plan to become a reality. The proposal attempted to provide “what is now needed badly, a complete system of cross-town routes, linking the major highways and a system of inter-town routes to speed traffic from business to residential districts.” The Herald editorial on the subject also said appropriate capital budget needed to be allocated to the project so that “Calgary would stand a fair chance of digging itself out of the traffic trap it now lies caught in.”