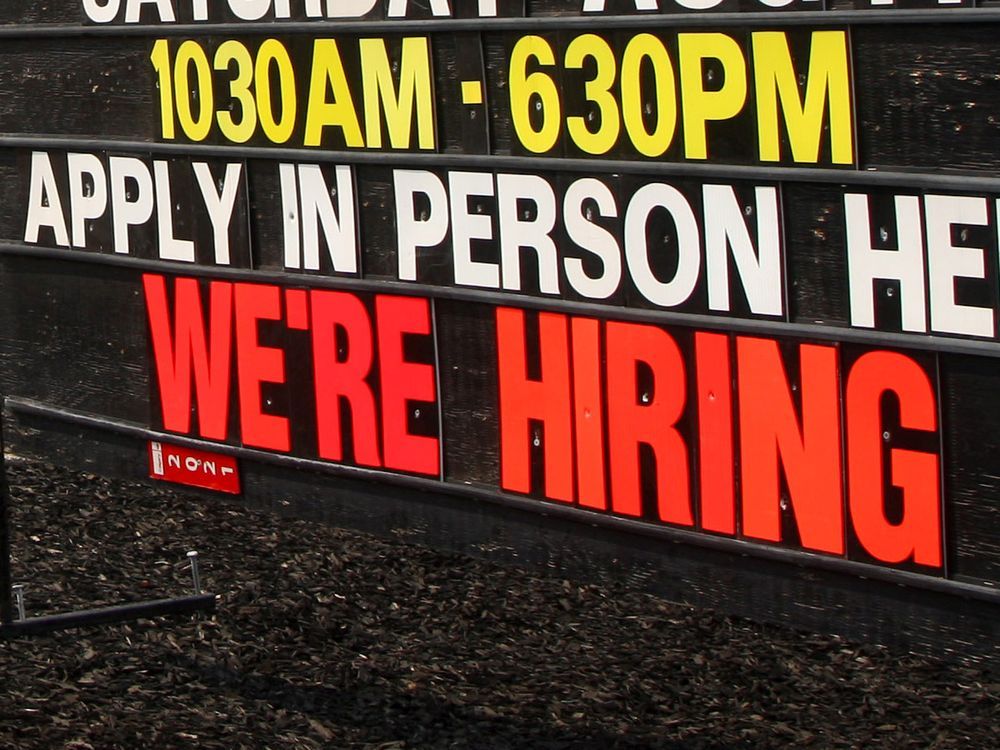 Adding to staff remains a priority for a large number of Prairie businesses looking ahead to the third quarter but the challenge remains actually filling those posts.

According to the ManpowerGroup Employment Outlook Survey released on Friday, 35 per cent of surveyed employers in Alberta, Saskatchewan and Manitoba plan to hire more staff for the upcoming quarter and 45 per cent will maintain their current staffing levels. However, 18 per cent plan to cut back while another two per cent were undecided, an 11 percentage point decrease from the previous quarter.

Richard Plumb, market vice-president for ManpowerGroup, said this is a positive indicator for the region.

“There’s a lot of people working from home and leaving the bigger cities for the smaller areas,” he said. “It’s still an extremely hot market and everyone is trying to find people.”

The forecast did not have city-specific data points.

The Prairies are lower than the rest of the country on intentions to hire.

Nationally, 43 per cent of the more than 1,000 surveyed employers are looking to increase their staffing, up 24 percentage points from the third quarter in 2021 and a six-percentage point increase over the last quarter.

Plumb said employers are being forced to evolve the way they operate and hire, with flexibility in time and work environment taking top priority. He said even just getting applications is difficult, but then the rates of those actually showing up for interviews or making it through training or probation drops even further.

“We call it the great realization,” said Plumb. “COVID did a lot of things for us, a lot of them are bad, but some things it really opened our eyes to how we can work. Work-from-home has become so in-demand.”

He added some employers are at the point where they are telling potential employees to let them know when they can work, as opposed to forcing them into the company’s schedule.

Despite all of the open positions, he does not expect the unemployment rate to fall.

Rob Roach, deputy chief economist for ATB, said earlier this week that people entering the workforce or rejoining it will outpace the number of jobs available, which means there is the potential for unemployment to increase again.

The Manpower forecast said hiring intentions were high across the board on the Prairies, especially in the manufacturing and warehouse sectors.