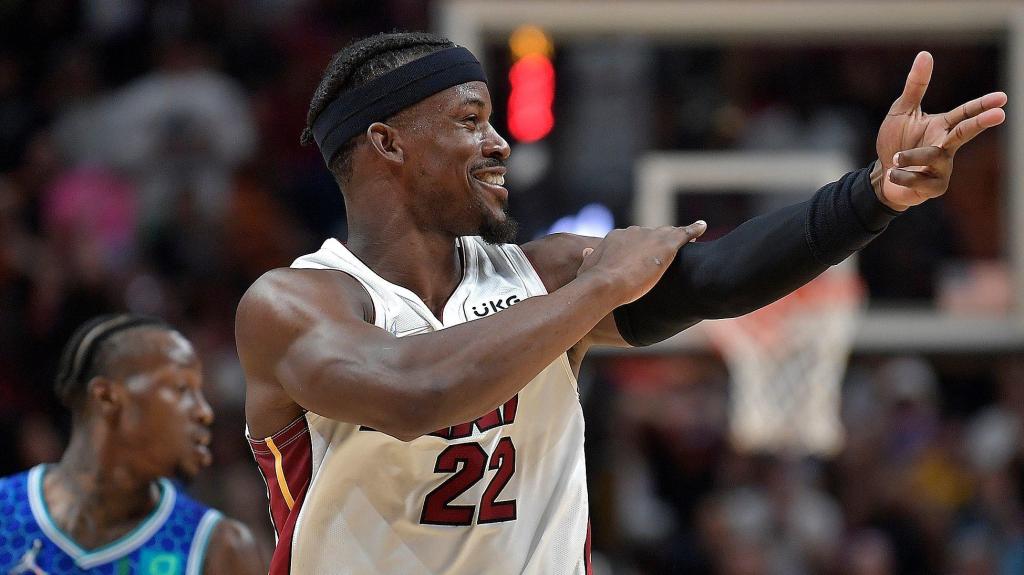 At no point Friday did coach Erik Spoelstra pull his players together during practice at FTX Arena for a chant of, “We’re number four!”

And yet, that is where the Miami Heat stood at the time, fourth in Caesar’s Sportsbook’s NBA championship odds among the Eastern Conference playoff teams, even with their No. 1 seed, and sixth among the overall postseason field.

“In terms of where there’s motivation because people are counting us out or not giving us a due respect, each person can translate that on their own,” Spoelstra said, with the Heat opening their best-of-seven first-round series Sunday at 1 p.m. at FTX Arena. “I think that the more powerful motivation is what we’re trying to play for and compete for. It’s the hardest thing you can attempt to do in a team sport, is to be able to complete for a title.”

The scrutiny has transcended the bookmakers, with the Heat not necessarily viewed as the sexiest of contenders, as evidenced by the early start time of the postseason opener.

“Whatever floats their boat,” Heat captain Udonis Haslem said. “Whatever they want to talk about, whatever makes headlines, I’m fine with it. We come in here every day, we put our hardhats on, we grab our lunch pails, and we go to work. And we see the results.

“It might not be the sexiest. We ain’t got nobody out here scoring 85 points in one game. We ain’t got none of that. But we’re winning basketball games collectively as a unit and as a team.”

So the Heat, Haslem said, will find their satisfaction from within.

“I’m sorry to everybody in the basketball world if that’s not sexy enough for you guys,” he said. “But we’re thankful for the guys that we have and opportunity we have to be the number-one seed.”

The Heat practiced Friday for the third consecutive day amid the uncertainty of not knowing their first-round opponent, leaving the gym well before the Atlanta Hawks faced the Cleveland Cavaliers for the No. 8 East seed in the final game of the conference’s play-in round.

Spoelstra said the extended preparation was similar to a previous Heat era, when Heat President Pat Riley was coaching the team.

“We’d go up for West Palm for training camp before the first round of the playoffs, and there was that gap,” Spoelstra said. “They kind of had gotten away from that. And now with the play-ins, the gap is coming back.

“I think it’s helped from a health standpoint for us, but also we got this three days of practice. We really haven’t had that kind of opportunity since training camp.”

Spoelstra smiled when asked about being able to take such a “carefree” approach.

“I don’t know if we do think totally carefree here, you know,” he said. “It is what it is, that’s what the scenario is. So we’ve been able to get some good, quality work in.”

The Heat will be required by the NBA to file an injury report by 5:30 p.m. Saturday. Until then, Spoelstra is offering no hints.

Asked about forward P.J. Tucker working back from a calf strain and center Bam Adebayo being in NBA health-and-safety protocols since Sunday, Spoelstra said, “No new updates on either one.”

Adebayo is expected to return Saturday, with Spoelstra offering only, “we’ll see.”