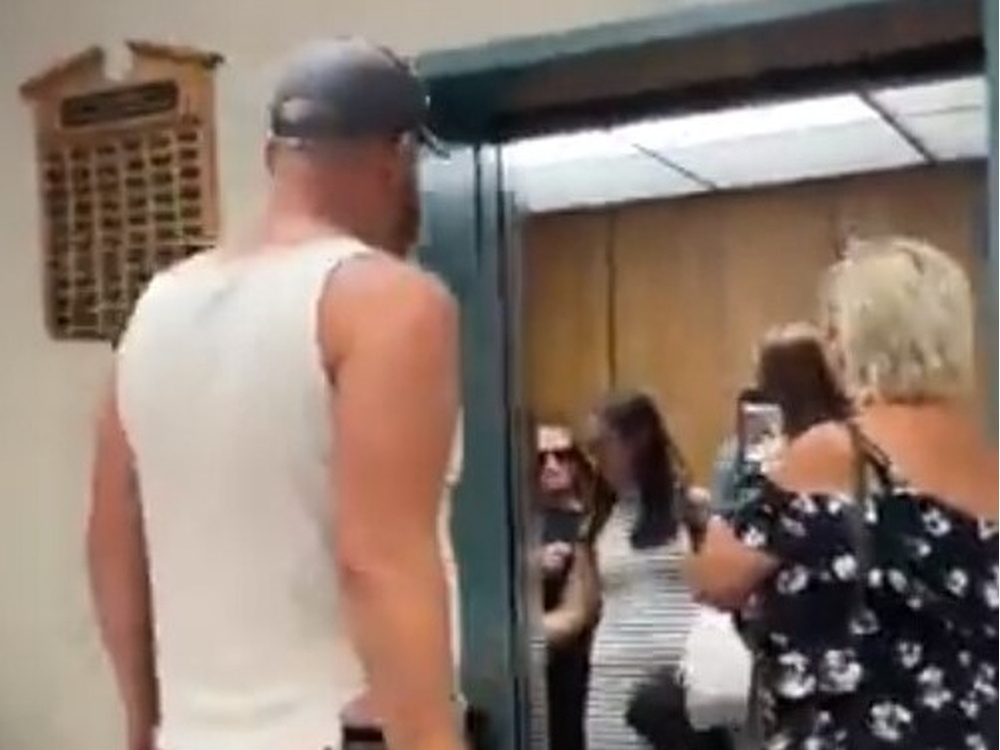 Let’s be clear from the outset: The tall, bearded man who confronted Deputy Prime Minister Chrystia Freeland in the lobby of Grande Prairie City Hall last Friday and shouted obscenities at her was entirely wrong in what he did. It is utterly and absolutely unacceptable to treat another person the way he verbally abused her, even someone in public office.

Just because someone has chosen to enter public life, no matter what party, does not make them a justifiable target for such behaviour.

It’s impolite, uncivilized and I doubt it was the way any of us was brought up, including Freeland’s accoster.

So don’t get me wrong when I say that to stop his kind of behaviour, we have to understand where it is coming from.

That’s a risky assertion for me to make. Whenever I say to my own family that we have to understand the Freedom Convoyers or the anti-vaxxers or the Trumpists, even if we disagree with them, they immediately confuse my efforts to understand with agreement for those positions.

But understanding and agreement are hardly one and the same.

In sexual harassment cases, we are always being encouraged by experts to consider the power imbalance between the abuser and the victim. We’re told that even where the behaviour may appear consensual, it often is not because of this imbalance.

Well, my guess is that there is quite a power imbalance between Freeland and the man who yelled at her — in her favour.

She is part of a government that has done its level best for eight years to hold back or even eliminate our energy sector. Perhaps the accoster works in the patch and feels his livelihood under threat from Freeland and her cabinet colleagues.

Relative to a cabinet minister who is making decisions vital to this man’s ability to provide for his family, he is the one that the power imbalance works against.

That still doesn’t justify the man’s uncouth behaviour, but it might go a long way to explaining how he got so angry and frustrated.

And understanding the source of his fury might help Prime Minister Justin Trudeau and his government deal more intelligently with the hundreds of thousands of lives damaged by their “green” policies. (I’m not holding my breath.)

Instead, Trudeau is taking exactly the wrong lesson from the Grande Prairie confrontation.

He blamed it in large part on sexism. The PM claimed any time a woman speaks up on social media, she is targeted for harassment and subject to a level of toxicity that threatens her right to free expression.

Frankly, cancel culture doesn’t target only women. Anyone who is deemed to be insufficiently “woke,” regardless of gender, is subjected to vitriolic attacks.

Trudeau went on to say, “No matter who you are, who you love, the colour of your skin, how you pray, where you’re from, your gender, you deserve respect. You deserve to live in peace without fear of threats of violence.”

So how come he got to call the truckers who objected to his vaccine mandate all sorts of vile names — racists, sexists, science-deniers? Why is it seen as a threat to our democracy to call him and Freeland “traitors,” yet Trudeau’s own divisive rhetoric is seldom called out for imperiling national unity?

I wish people could stop being so furious and despicable — on both sides. But that’s not going to happen until the “progressives,” like Trudeau and Freeland, get a better grasp on why some of their opponents are so hostile.