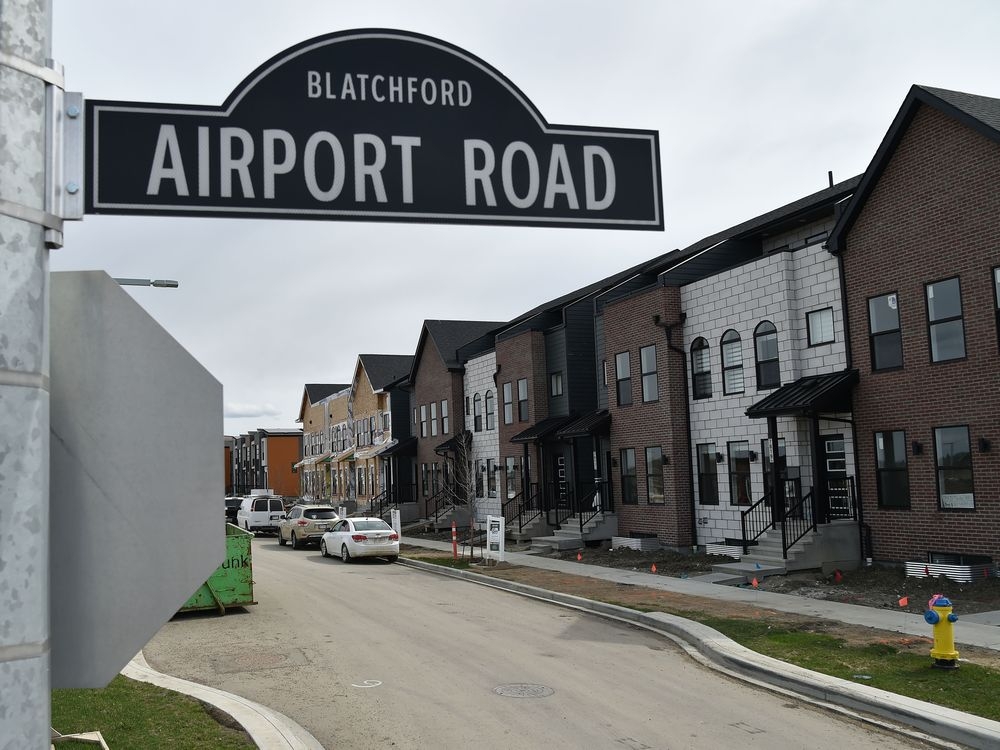 Let’s face it, the City of Edmonton’s attempt to develop the Blatchford “green” community on its own has been a colossal failure. A monumental catastrophe. An historic cow flop.

The city should do Edmonton taxpayers a service and stop pouring good tax money down the Blatchford drain. Turn over the whole project to people who know how to build subdivisions, i.e. private developers.

For good measure, the city should also give up its foolish-from-Day-1 fantasy of Blatchford becoming some sort of eco-paradise in which no net emissions are given off, the energy that heats and lights the homes of 30,000 residents is “sustainable,” and Edmontonians who live there can walk to school, work, entertainment, restaurants and recreation all within just 15 minutes of their front doors.

According to Coun. Tim Cartmell, when council approved the Blatchford development in 2014 on the old City Centre Airport lands, it “projected 250 residential home sales annually starting in 2015, rising to 500 units annually by 2018.”

Cartmell wrote in his blog (timcartmell.ca) on May 9 that those sales levels should have given us 2,750 residential units by now, the beginnings of a comfortable little community.

Do you have any idea how many units have actually been built and sold to date? A grand total of 32.

That’s not a typo. There is no zero, or two zeros, missing from that tally.

In seven years, the city has managed to have just 32 units sold, out of a projected number of 2,750.

The city’s excuse-making response whenever anyone begins to mention the terms Blatchford and white elephant in the same sentence is to insist Blatchford was always meant to take a couple of decades to complete. It was never going to be a five- or six-year project.

Anyone working for a private-sector developer who missed her or his seven-year sales targets by 98.8 per cent would be looking for a new job. They would have been fired long ago, because they were costing their company so much money.

But the city doesn’t have to punish staggering underperformance because it’s not using its own money. It can always dip into your pocket and mine when its boondoggles, like Blatchford, derail.

Want some numbers to put perspective on the city’s Blatchford failure?

Also according to Coun. Cartmell, “as of the end of 2021, the city had invested $177 million in Blatchford.” And that total “probably doesn’t include all the staff time invested going back to 2009” when city hall started dreaming Blatchford up.

Nor does that sum (about $5.5 million per home sold) include the “green” energy utility the city is building to power Blatchford. That will be at least another $115 million.

The total is nearly $300 million to taxpayers. For what? For some wonky eco-dream that will almost certainly never live up to the environmental hype?

Blatchford is a Tesla product being promoted as if it cost a used-Yugo price.

The city still thinks it can build fantastical net-zero housing in a Yellow Brick Road, walkable neighbourhood, where residents can live without cars, on working-class incomes and get everywhere outside the neighbourhood via transit.

But for now (and the foreseeable future), units in Blatchford cost double the citywide rate for townhouses, in the middle of nowhere, without so much as a convenience store in sight.

Is it wrong to call that a disaster?