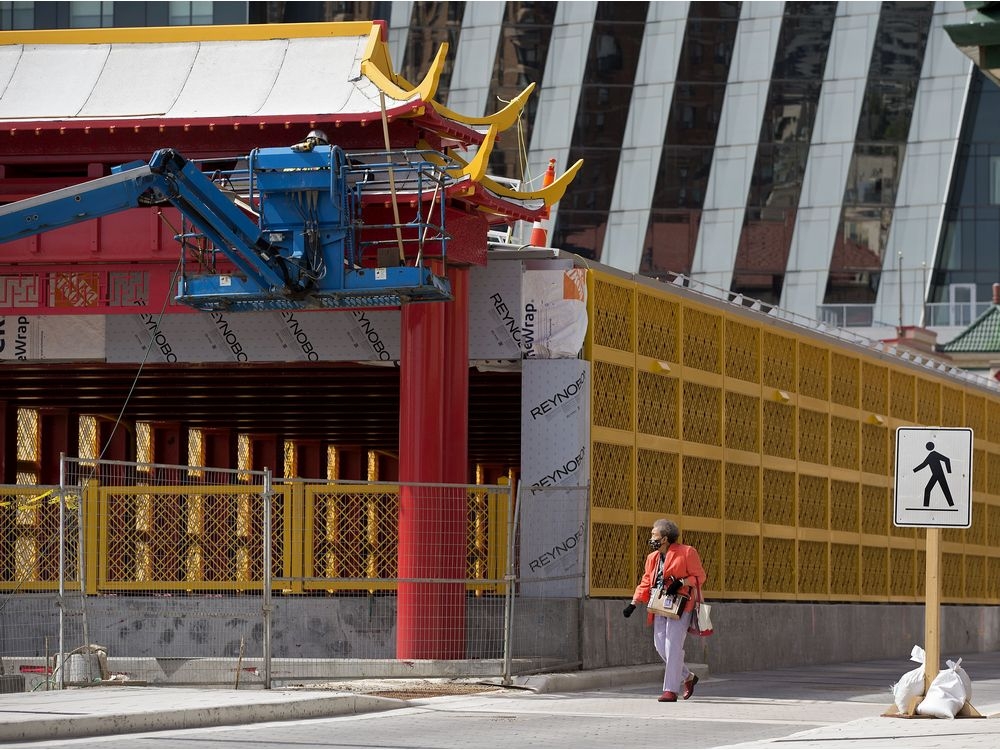 Coun. Andrew Knack proposes that businesses that lose customers and money as a result of years-long city construction projects should receive grants from the city to help them out financially.

For the last four terms, a majority on city council have been big dreamers. Pie-in-the-sky futurists. Theory-mesmerized city re-engineers.

We can’t plow our streets properly in winter or find a million dollars to spray for mosquitoes in summer. Each spring, the appearance of potholes seems to catch road maintenance bosses completely off guard. And controlling dandelions in parks requires so much environmental second-thinking the city has basically decided just to try coaxing the annoying weeds into relocating.

City staff seem to believe that maybe if they talk nicely to the dandelions, instead of spraying them, the little yellow annoyances can be persuaded to move to Calgary.

All of these basic civic services (and garbage collection, too) are beyond our council’s grasp, but giant projects aimed at remaking our city into an urban planner’s drawing-board paradise, they can spend millions and billions on those.

We’re going to narrow major streets, such as 118 Avenue in the north end and Jasper Avenue Downtown, and line them with vintage-looking streetlights and coloured sidewalks. (The process is called streetscaping.)

We’ll install bike lanes to everywhere, plus benches and flower pots, and maybe throw in a ping-pong table or two. That, somehow, is going to attract new businesses and residents, and more out-of-neighbourhood customers.

All of that can take years and years in any one location, though. (The estimate for remaking Jasper Avenue is another seven years.)

And it is these useless, utopian projects that seemingly go on forever that are squeezing the financial life out of nearby small businesses.

In proposing compensation of up to $20,000 a year, Knack is merely accepting that these visionary (if unrealistic) projects — of the city’s own making — place great strain on business owners while the city is building its Disney-fied version of the city of tomorrow.

The easiest way to stop the drain on neighbourhood businesses would be to put an end to these expensive, fanciful projects. That way taxpayers would save the cost of the project and the cost of compensation to affected entrepreneurs.

For instance, we don’t need a $3-billion LRT extension to the west end. Indeed, with our lack of population density, we probably will never make full use of most of the LRT lines proposed by the city.

But council and the administration are so mesmerized by the “green” idea of public transit (and so convinced a city isn’t truly sophisticated unless it has commuter trains and trams) that they will not be dissuaded from building more and more extensions — even as the new work-from-home trend means such extravagant infrastructure projects make even less sense.

But if the city insists on going through with such long-term, disruptive projects, it has to pay compensation to affected businesses.

However, appallingly, the administration is against the idea.

Some businesses and neighbourhoods in the west end will experience disruption for six to eight years by LRT construction.

Deputy city manager Adam Laughlin argues it’s sometimes hard to show a direct “causal link” between a city project and a business’s losses. Maybe the pandemic was the cause. Or overall market conditions. Or the owner’s business idea just wasn’t that good.

More infuriatingly, Laughlin said a grant program might be abused by fraudsters.

Basically, he was arguing honest business owners should continue to suffer because city bureaucrats are lousy at spotting fake applications.

These are all excuses, not real reasons to avoid a grant program.

Courts deal with evaluating corporate or personal losses in lawsuits all the time. They use audits and market information for comparable businesses.

It’s not easy, but it’s not impossible.