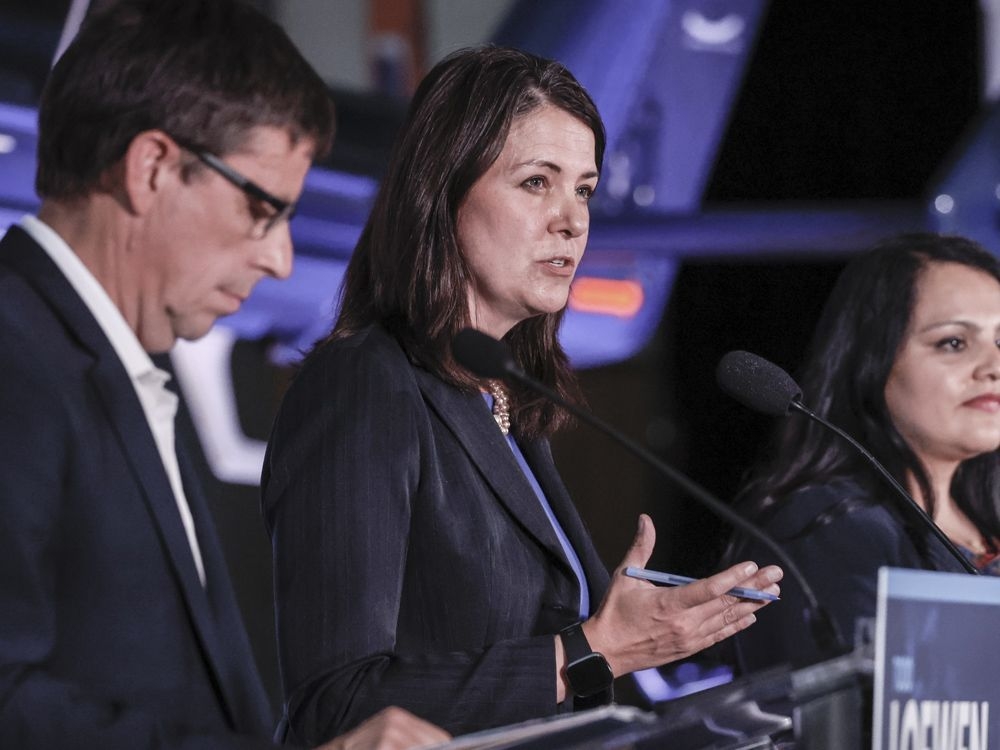 A group called Shaping Alberta’s Future (SAF) briefly made a splash in 2018 when it began running third-party political ads in Alberta backing the UCP and then-opposition leader Jason Kenney.

Union-backed ad campaigns had become commonplace in Alberta politics advocating for the NDP and for more taxpayer money for education, welfare and health care. But SAF’s pitches, initially funded largely by Alberta car dealers, were a novelty backing free markets, free speech and less government interference in the economy.

Now SAF has released new polling. Like everybody else’s polling, it shows Danielle Smith with a sizeable (insurmountable?) lead in the race to replace Kenney as UCP leader and premier.

But what is novel about this polling done by Toronto’s One Persuasion Research is that it shows no great enthusiasm for the NDP, no matter which candidate is successful in the UCP leadership.

Sure, Smith is the least likely of the three main UCP candidates to attract enough general voter support to defeat the NDP when an election is held.

Brian Jean would be the most immediately appealing candidate to the greatest number of Alberta voters, followed by former finance minister Travis Toews.

However, lurking in all of the poll’s numbers, I see a slightly different conclusion: None of the Big Three candidates sweeps voters off their feet. Albertans, including the biggest chunk of UCP supporters, are adopting a wait-and-see attitude.

Whoever wins the vote, to be announced on Oct. 6, cannot take Alberta voters for granted.

Yet no candidate drives many voters toward the NDs. Meaning the UCP can win the next election despite a spectacularly tumultuous past six months.

According to One Persuasion, even without a leader, the UCP are currently in a virtual tie with the NDP (42 per cent versus 43 per cent). True, among the main three leadership contenders, Toews and Jean drive away fewer voters than the controversial Smith, but none of them greatly benefits the NDP.

The poll, done in mid-September, shows that Smith generates the least enthusiasm among general election voters. Under her leadership, the UCP would be a 23 per cent versus 32 per cent for the NDP. With Jean as leader, the UCP polls 28 per cent to the NDP’s 29 per cent. Meanwhile the split under Toews is 24 per cent to 27 per cent.

What jumps out at me, however, is that under all three, NDP support barely budges. The big winner is “Undecided.”

No matter who wins, nearly a third of Alberta voters move into the can’t-make-up-our-minds category.

In a way, this is good news for the UCP — or at least not bad news. Voters are willing to give the next UCP leader a chance to prove him- or herself.

It would be easy enough after the UCP’s unpopular, mistake-prone first term for voters to have written them off completely. But the poll shows no rush to the NDP, no matter who wins the UCP’s top job. Voters seem willing to give the new leader and premier room to prove themself before next year’s election.

Indeed, while past NDP voters are intensely loyal to their party, (an impressive 97 per cent of 2019 NDP voters claim they will vote for Rachel Notley’s party in 2023, too), most everyone else remains reluctant to give the New Dems a second chance to govern.

What I take out of the results is not that Smith would instantly be a millstone around the UCP’s neck, but rather that she, like all the other contenders, would have to prove herself to voters with the actions and positions she took after winning. Smith simply has a slightly higher hurdle than Toews and Jean to overcome.