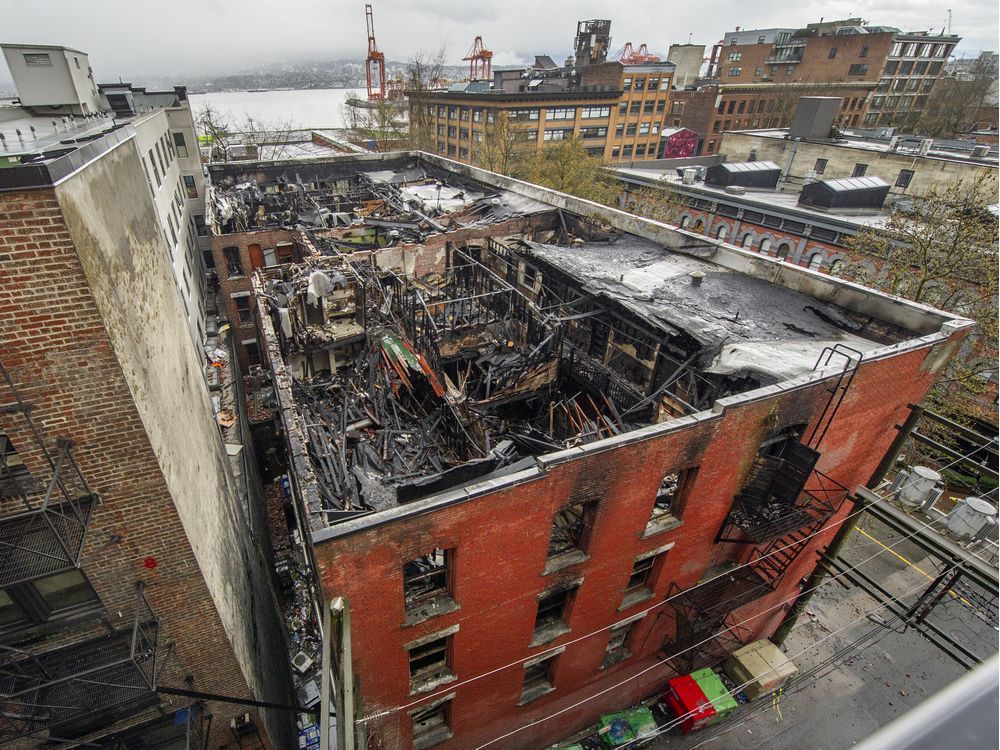 Residents will be moved into a 71-room hotel at 303 Columbia St., which was purchased by Atira Property Management in February

After a week of sleeping on cots in a temporary shelter, tenants displaced by the Winters Hotel fire are set to move into a new rooming house Tuesday.

The current delay in relocating the tenants — most of whom lost all of their belongings in the blaze — was caused by a sprinkler system issue in the newly designated social housing, a vacant Downtown Eastside hotel called The Columbia.

“Things are going well. We are not anticipating any changes to Tuesday’s move-in date.”

Atira, which purchased the 71-room hotel at 303 Columbia St. using financing from Vancity Credit Union in February, chose to adapt its plan for the building after dozens of Winters’ tenants were rendered homeless by Monday’s devastating fire.

The residence is being given a new name, Tawow, which is a Cree word meaning “there’s always room” as Winters’ tenants get priority of its rooms, Abbott said.

Some tenants will need to be put up in temporary housing owned by the city before more of the rooms are made ready in the next week or two.

Atira staff are currently cleaning in preparation for the move in. Most of the rooms have beds, as it formerly operated as a hostel.

The Vancouver Fire Department is still investigating the fire that displaced more than 150 residents between the Winters Hotel and the adjacent Gastown Hotel, which is expected to see tenants return once water and smoke damage is mitigated by dehumidifiers and air filtration systems.

Fire Chief Karen Fry said arson hasn’t been ruled out as a cause.

The fire broke out in a room on the second floor of the Winters Hotel and led to six victims being treated in hospital, including one who sustained injuries after jumping from an upper-floor window.

When asked if the fire will prompt a review of sprinklers and alarms in government-funded low-rent hotels, B.C. Housing said changes to fire safety plans will be made if “deemed necessary” by the fire department’s investigation.

— With files from Lori Culbert