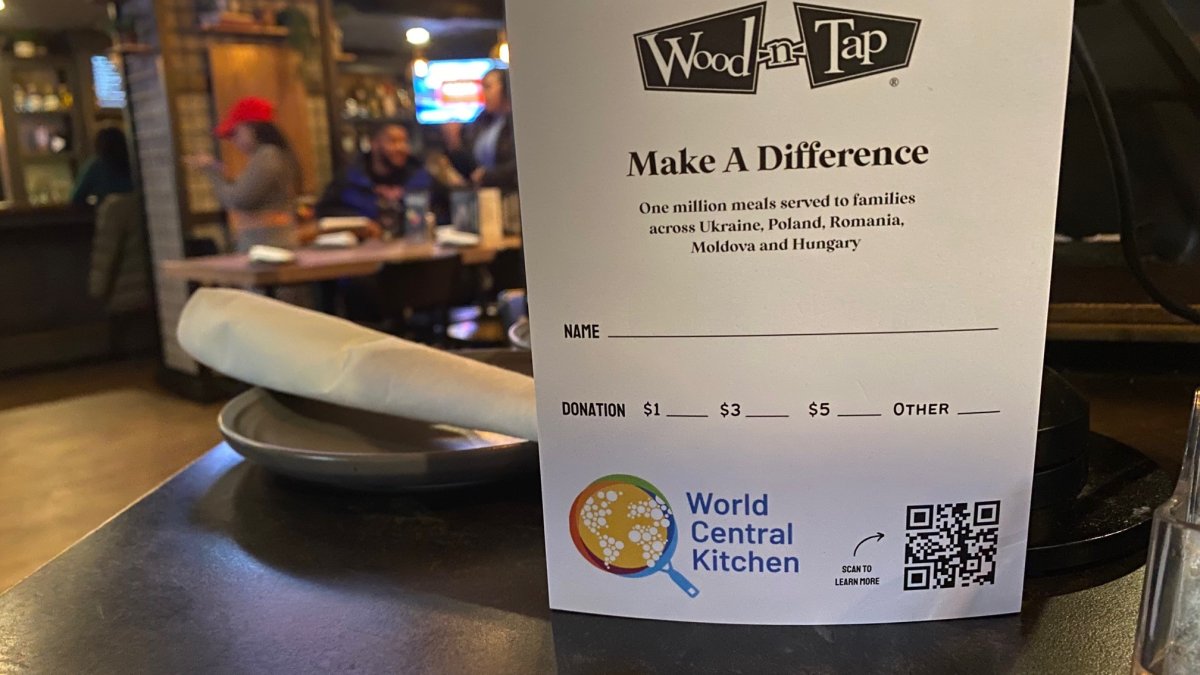 While eating out at Wood-n-Tap in Hartford on Sunday, 10-year-old Sloane Cowell showed her support for families impacted by the war in Ukraine.

“I decided to donate to help people,” said Cowell.

She donated her own money for a fundraiser taking place at the restaurant.

Phil Barnett – the co-owner of the Hartford Restaurant Group – tells us all nine Wood-n-Tap restaurants are taking part in the fundraiser.

“We just want to be involved. You know, it’s one of those things where you’re looking at what’s going on and you think about it from a humanitarian standpoint and we said, you know, ‘what can we do?’” said Barnett.

Customers can choose an amount to give and the money raised goes to the World Central Kitchen.

“Right now, obviously, with everything going on in Ukraine and a lot of the people leaving Ukraine, people need to eat. They don’t know where they’re going. They literally pack up and they leave and they don’t even know where the next meal is coming from,” said Barnett.

The World Central Kitchen is helping to feed tens of thousands of refugees at the Ukrainian border.

“The uncertainty here and the instability here is very challenging because the situation every day is evolving. So you need to be able to support a huge amount of need, but also where that need is can shift. There’s also the safety and security issues,” said Nate Mook, World Central Kitchen CEO.

The Hartford Restaurant Group will match donations up to $5,000 and the effort will run through May 2.

“It means a lot to us with, you know, feeding people,” said Barnett.