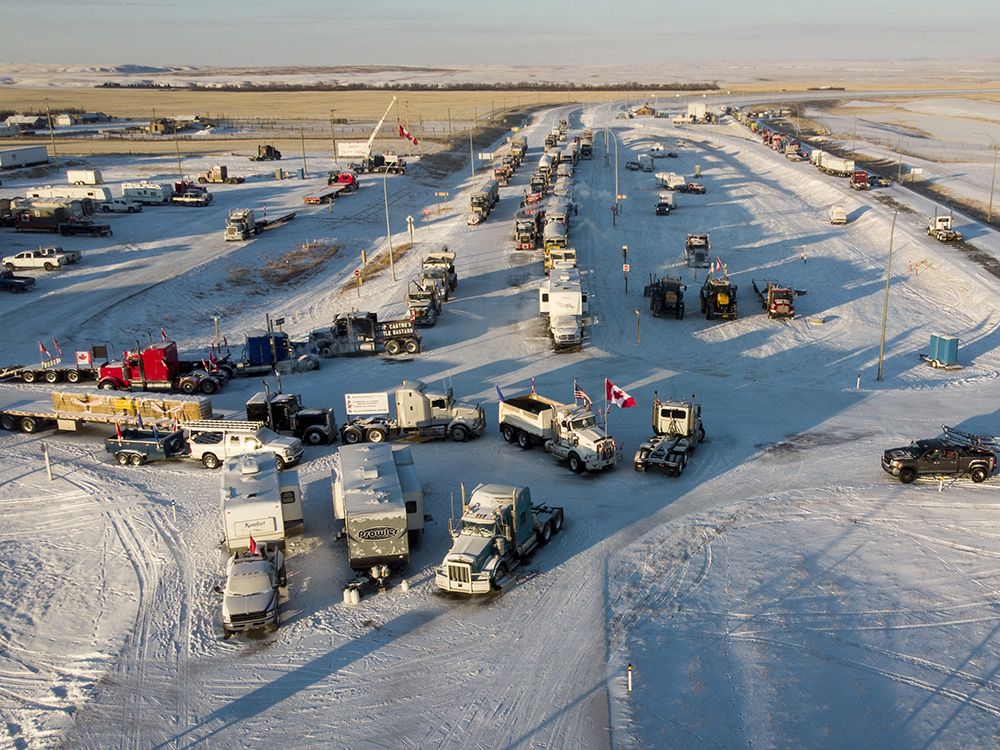 Huigenbos was identified as one of the organizers of the Coutts border blockade in February. The blockade of trucks and trailers illegally paralyzed a United States border crossing near Coutts, halting travel and trade in the area for more than two weeks.

“Your admitted, and very public, involvement with the Coutts border blockade is in direct violation of your obligations under the Council Code of Conduct Bylaw,” Feyter wrote in his letter, which he read aloud during a town council meeting on March 28.

“Simply put, Council does not tolerate such behaviour.”

Feyter said the letter was necessary to hold Huigenbos accountable after the town received several complaints from residents about the councillor’s behaviour.

“That was an action that council felt they needed to take based on the feedback and evidence that we had. It’s a first for our council that we’ve had to issue such a letter of reprimand,” Feyter said.

In the letter, Feyter wrote any further instances by Huigenbos could result in sanctions, including removal from town committees.

“Council can always decide if that’s necessary in the future, but for now, council is very satisfied with this position.”

Feyter said division caused by Coutts blockade is symbolic of growing conflict between Canadians over the pandemic, a challenge still needed to overcome.

“I think it’s more than just our council. It’s our country. How are we moving forward beyond this? Somewhere, there’s truth and facts that we need to be able to solve and discuss together,” he said.

“Council overall has appreciated councillor Huigenbos’ contributions to our town. We all have differences of opinion, so how do we show respect for people’s views and communicate in a different way?”

Postmedia reached out to Huigenbos for comment but did not receive a response.