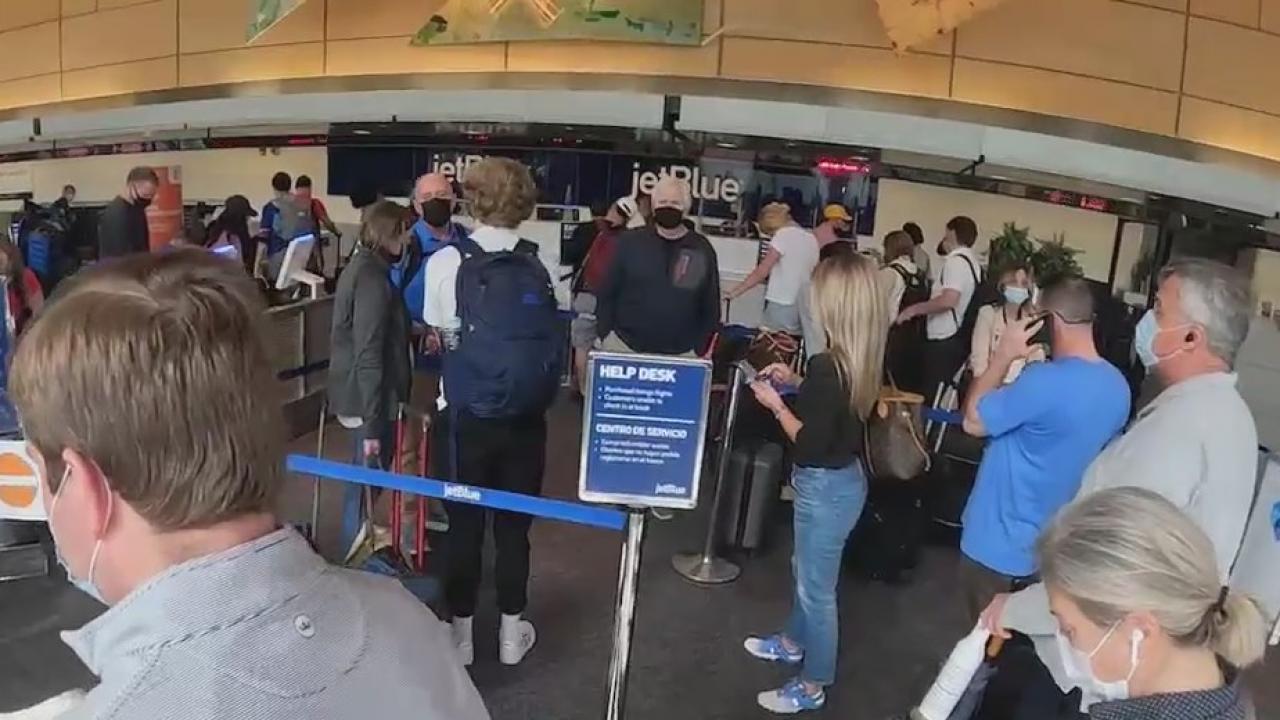 WINDSOR LOCKS, Conn. (WTNH) — The spring break travel rush is hitting Bradley International Airport. As travel ramps up, so do the number of canceled flights across the country.

John Holstein worked two phones while standing in line at JetBlue Thursday, trying to find another flight to Florida for his family.

“We’re on hold at the moment so we’re hoping. It might be out of Providence, might be somewhere else, but we’ll see, see if we can get there,” Holstein said. “The earliest they could get us on from here was the 20th.”

He is not alone. On Thursday night, hundreds of travelers were stranded at the airport, with crew shortages at the heart of the problem.

Most flights are already booked. Some people were considering going to another state just to continue on and get to their vacation on time.

“We’ve got a vacation, so what are we going to do? It’s like I was just looking online and I couldn’t find anything until Saturday and the flight is triple the price,” said Lisa Micali of New Haven.

Dr. Michael Teiger is president of the Brainard Airport Association. He said pilots are allowed to call out if they do not get enough rest between flights. Southwest Airlines reported fatigue callouts are up 360% in March.

“It’s a numbers game and the smaller the numbers, the more pilots who are fatigued, the more that call out, the more flights are canceled, and that just slows aviation in general,” Teiger said.

How do you plan for this? Some of these flights were canceled at the gate after people had already cleared security. It is a moment where you keep your fingers crossed and prepare to search for alternate arrangements if this happens to you.