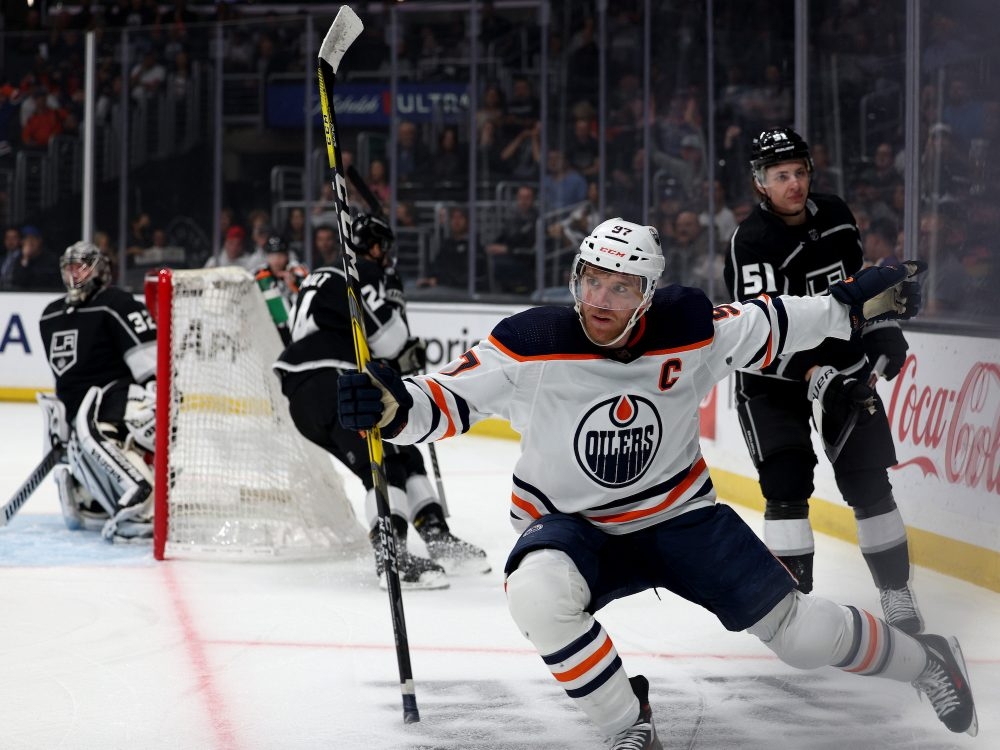 The Edmonton Oilers and Los Angeles Kings have not met in the NHL Stanley Cup Playoffs in 30 years.

The main reason for the three-decade gap is due to the futility of the Oilers over the past 16 years.

Since going to Game 7 of the Stanley Cup final of 2006, the Oilers have played in three playoffs — one a tournament to get in the tournament  — and have won just one playoff series. The Kings, meanwhile, have won two Stanley Cups in that span and taken part in the playoffs eight times.

However, the Kings are currently in a rebuilding phase, having qualified for the playoffs for the first time in four seasons, and will be underdogs against the Oilers, whose best players are approaching their prime.

Heading into Game 1 at Rogers Place on Monday, here are five things to watch in the best-of-seven series.

Connor McDavid and Leon Draisaitl have been two of the most dominant players in the NHL for the past five seasons, but have just one playoff series win since entering the league.

The first-round win against the San Jose Sharks in 2017 was to be the first step on the journey to a Stanley Cup title for the two, but instead, the Oilers regressed.

They missed the playoffs the next two seasons, before being eliminated at the play-in stage by the Chicago Blackhawks in the 2020 bubble tournament at Rogers Place and swept by the Winnipeg Jets in the first round of the All-Canadian division playoffs last year.

This year, both McDavid and Draisaitl had their most offensive seasons. McDavid put up an astonishing 123 points, and Draisaitl had 55 goals and 110 points. Both have claimed individual awards for their regular-season achievements, but it’s team success they are now after heading into their fourth post-season.

“I think just our level of belief is high,” said McDavid. “Just the way the last couple of months have gone and we’ve scratched and clawed our way to not only a playoff spot, but starting at home.”

For a good part of the season, it appeared Mike Smith would not be able to regain the form that made him one of the elite goaltenders in the NHL as he struggled to bounce back from injuries.

Smith was all but written off as little as two months ago when it appeared Mikko Koskinen was the sure bet to get the call in the playoffs for the Oilers.

Yet, there is still plenty of fight in the 40-year-old, and Smith battled back to win his last nine starts and reclaim his spot at the Oilers No. 1 goaltender and get the start in Game 1 against the Kings.

“You want to be playing your best hockey at this time of the year, there is nothing like playoff hockey in the NHL,” Smith said. “This is a special time of year to be playing. It’s a grind to get here and everyone that gets here has earned the right to be playing for the Stanley Cup. It’s something that you dream about as a kid, and I still have the same dream and I’m 40 years old.”

3. QUICK ON THE DRAW

Jonathan Quick has two Stanley Cup rings and at 36 might be running out of time to earn a third.

The Kings goaltender knows what it takes to succeed in the playoffs and is capable of winning games on his own.

Quick had a 23-13-9 record this season with a 2.59 goals against average and .910 save percentage. He’s a big reason why the Kings managed to fend off the Vegas Golden Knights to finish third in the Pacific Division and make the playoffs.

The Kings will not have star defenceman Drew Doughty in the series, who is out for the year after undergoing wrist surgery, so they will be relying heavily on Quick.

“Quicky has had an unbelievable career and I have a lot of respect for what he has done,” Smith said. “There is a fire burning that I haven’t got what he’s got yet (Stanley Cup), so that’s something that drives me to get better every day, keep grinding and hopefully this year will be our year.”

Jay Woodcroft has proven to be a good NHL head coach in his short stint with the Oilers.

He can be credited for rescuing the Oilers when it seemed their season was slipping away under Dave Tippett, and got the team to play its best hockey heading into the post-season.

Woodcroft has plenty of playoff experience behind the bench as an assistant with Kings head coach Todd McLellan, when the two were with the Detroit Red Wings, San Jose Sharks and the Oilers. As fate would have it, the two are meeting in the first round of the playoffs.

“I’m excited for sure, I’m excited because our team has earned the right to be the home team in Game 1 of an NHL playoff series,” Woodcroft said. “I’ve been around a lot of NHL playoff games and had some good runs in the American Hockey League.

“This is my first time being the head coach in this situation, but I feel very prepared for it.”

When the Los Angeles Kings were winning their Stanley Cups, there was plenty of star power on the roster.

However, only Anze Kopitar, Drew Doughty, Dustin Brown, and Quick remain from the championship teams of 2012 and 2014.

Doughty is not playing due to a wrist injury, while Brown is now a role player who is calling it a career once the playoffs are over.

The Kings were led offensively by Kopitar, who finished the year with 19 goals and 67 points, which is just over half of McDavid’s production on the season.

“The two words I think that we would use around our group is ‘team’ and ‘identity’ and nobody walks into the Kings locker room worrying about themselves,” McLellan said. “He worries about the team and that’s what allows us to do what we did this year. We don’t have 60-goal scorers, we likely don’t have Hart Trophy candidates, but we’ve got a group that wants to play as a team night-in and night-out and they worry about that first and that allows us to do what we did.”