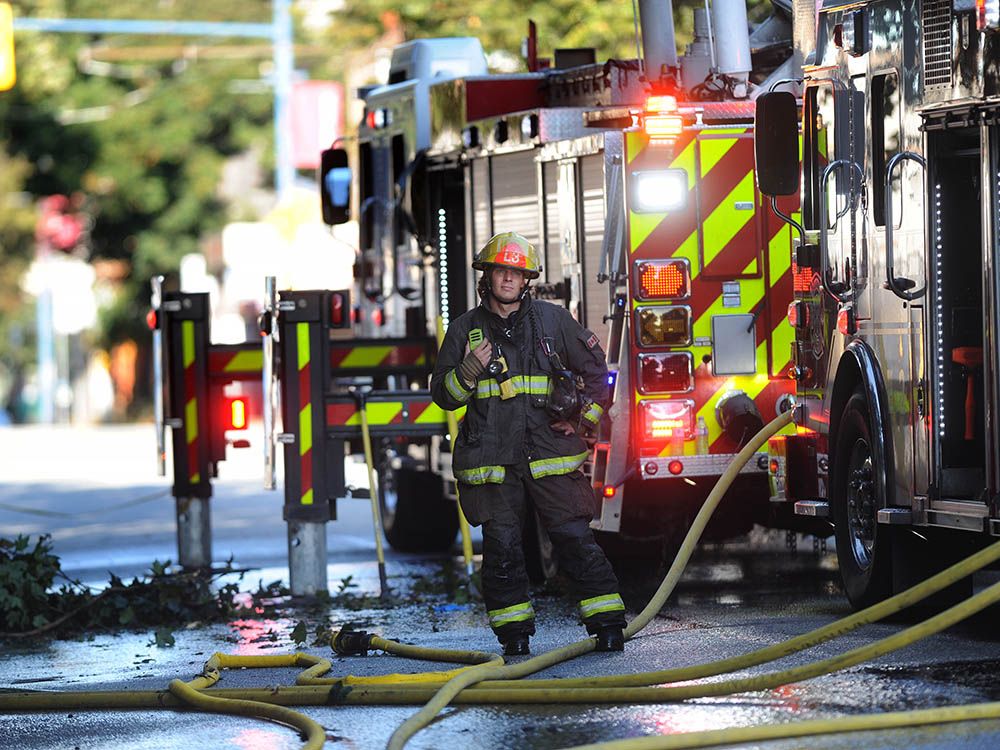 There was another fire in the Downtown Eastside overnight that displaced dozens of residents in a dwindling stock of single-room occupancy hotels in the troubled neighbourhood.

Vancouver Fire Rescue Services Chief Karen Fry said two separate SROs were damaged, putting 42 residents in one and 17 in the other out of their homes. The second building “has major damage with partial roof collapse.”

Fry said 11 fire vehicles and about 45 personnel were on the scene after the call-out around 4 a.m.

Assistant Fire Chief Pierre Morin said an apparent explosion around 4 a.m. sparked the fire between the two buildings, blew out windows and spread inside, causing significant fire and water damage.

He said one person was taken to hospital suffering smoke inhalation.

Fry said early Monday the blaze involved three buildings near the corner of Powell Street and Princess Avenue and required a third alarm — that is, multiple calls for more crew and equipment.

Recent fires in the Downtown Eastside include an e-bike battery explosion in the Hotel Empress near Main and Hastings in early June that left one man dead.

A blaze in the century-old Winters Hotel in Gastown in April killed two, while more than 70 residents displaced by that fire were moved into a nearby refurbished hotel.

A fire in early July that destroyed the Vancouver Street Church building nearly took out the SRO next door, but crews were able to contain it before it spread to the seven-storey Maple Hotel.

The latest fire was in the same area as a Hastings Street tent city that has been ordered dismantled by the fire department. That process has already taken weeks and the encampment remains mostly intact.