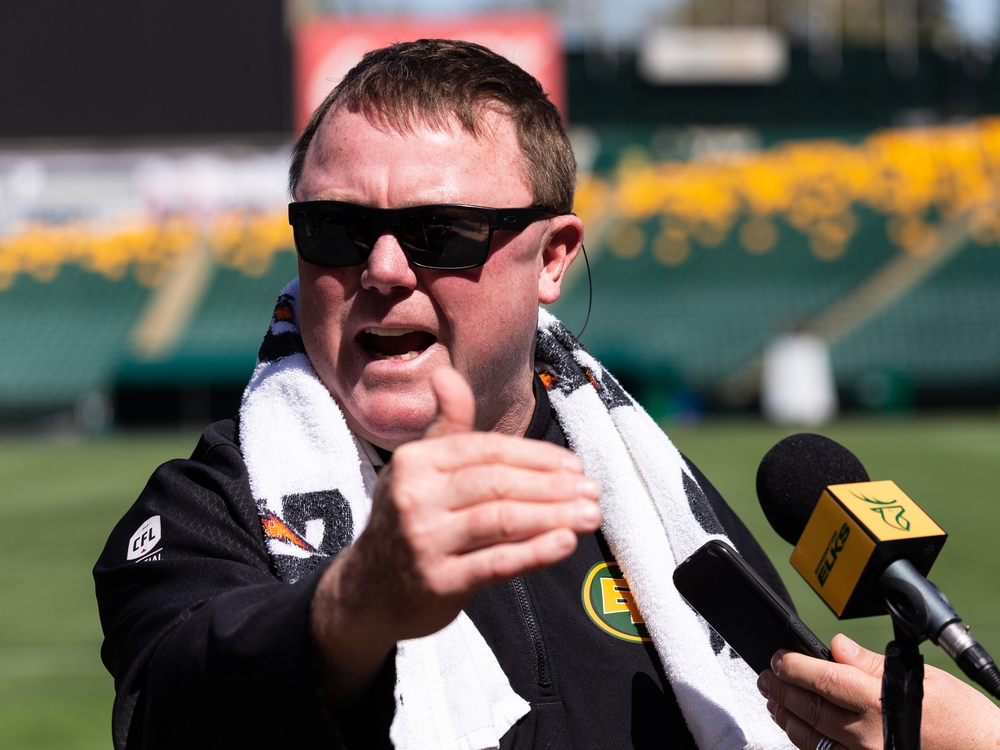 So much for the threat of the Canadian Football League Players Association strike interrupting Edmonton Elks training camp.

Both the league and its players union have reached an agreement over a new collective-bargaining deal, which allows the Elks to continue with their training camp schedule.

Along with the Calgary Stampeders, the Elks were able to get underway as scheduled this week due to provincial labour laws, while the rest of the rosters went on strike.

“It’s good that we can now focus on what we need to focus on, and that’s getting our league where it needs to be,” said Elks head coach and general manager Chris Jones. “We need to get a bunch of really good football being played over the next few months and do what we get paid to do. That’s coach and play great football.”

The Elks and Stamps may very well be in a better position to do just that than the rest of the league, given they’ve had a longer runway to take off from.

“Yeah, we were fortunate,” he said, adding there can also be too much of a good thing with all the practice time they’ve been afforded. “Us and Calgary were fortunate that we were able to get into our evaluations and now what we’ve got to do is just be careful that we don’t overdo their legs and we want to take care of our players so that when we go to the games, it’s a true evaluation.”

Jones, for one, said he and his coaches aren’t going to miss being stuck in the middle between the two sides involved in the negotiations.

“Our players are our lifeline. You spend more time with players than you do your family and, so, yes, you get close with those guys,” Jones said. “And then there’s the business side of it where you’re working for an organization, so, yeah, it puts you in a little bit of a predicament.

“But at the same time, we’re people and everybody knows what the business is.”

Especially the players whose livelihoods are most impacted.

“Yeah, I think it was hanging over everybody’s head, anyone who was thinking about whether we were going to strike or not,” said Elks linebacker Adam Konar. “But the fact that we ended up not striking is perfectly good for us. We got a bit of a jump on everybody else, so we’re feeling good about it and we’re happy to keep practising as well.

The Elks moved practice to the indoor fieldhouse with Thursday’s rain in efforts to avoid any slips and falls that would only add to a growing list of camp casualties.

“It’s a real nice facility,” said Jones, who had also had access to it during his first time here as head coach in 2014. “It’s not like we’re afraid to go out in a little bit of rain and it’s certainly not cold for Edmonton, but at the same time, you can get a much better evaluation on a dry surface as to what a guy can do. So, that’s kind of why we came inside.”

And evaluation is the name of the game in training camp. Of course, fitting a camp roster of over 100 bodies into what is essentially a half court worth of space leaves a little to be desired.

“It makes it real tough,” Jones said. “What we did today is we split them up and we put the skill players upstairs lifting while we did our inside run period, and then we turned around and went to our skelly period after that. So, it allows our guys to do both. It cuts down the number of people, we’re just trying to practise safe.”

The potential for the Elks players to join the strike, the club was forced to postpone its annual Fan Day festivities, scheduled for Monday at Comomonwealth Stadium.

A new date is currently being chosen, which will likely be sometime in the summer.