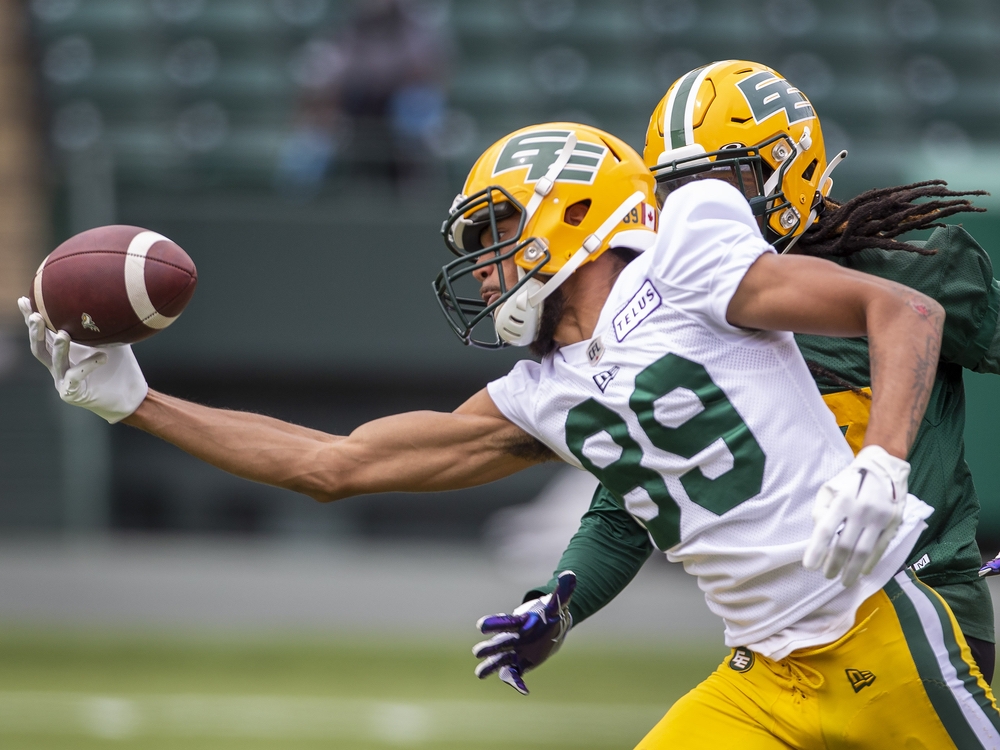 There is a double-edged sword when it comes to winning championships, let alone back-to-back ones like the Winnipeg Blue Bombers.

Champions, after all, have earned the right to get paid. And when Winnipeg couldn’t hold onto Kenny Lawler at free agency, the Edmonton Elks didn’t hesitate to make him the highest-paid non-quarterback in the Canadian Football League.

And in doing so, general manager and head coach Chris Jones brought aboard the reigning receiving-yards leader in the league. With his $300,000 price tag, Lawler also became the highest paid player on the Elks roster a week ago after veteran quarterback Nick Arbuckle was traded away.

“We’ve played four quarterbacks and before the season, we didn’t know who our starting quarterback was,” Jones said. “So, for me, it was important to get as many people lined up around our quarterback — whoever that person would have been — that is the best we could put out there. We did our best to go out and try to get the best guy in the league.

“It doesn’t take a genius to figure out he’s an awful good football player. He catches everything thrown to him, for the most part. He’s good, he’s competitive. That’s what I like about him the most, the fact that every day he walks out here, he’s competing. And we need a lot of that.”

More than Winnipeg did, apparently.

“There was a small offer on the table,” Lawler said. “But I felt like in the time that I’m at with my career and my age and my youth, I’ve got to maximize as much as I can. And I believe I accomplished that this off-season by getting that dollar amount signed.

“They knew they weren’t going to have the market for me and I believe they were more so keeping more guys around than just having me there. I understand it’s a business and it is what it is. They had to do what they had to do and I had to do what I had to do. I could have taken 175 (thousand dollars), but instead I took 300 (thousand).”

Now he has to prove his value on the gridiron.

“It’s definitely earned and it’s a definite accomplishment to receive so much money,” Lawler said. “I let my agent deal with that side of things just based on my play on the football field. Some (teams) that have a lot of money were able to see that I have a certain value.”

Like, for instance, the Elks, who didn’t happen to be paying nearly as much for a quarterback this season, with Arbuckle’s ticket reportedly at a base of $328,000, plus $12,000 for housing. Though he did receive a $100,000 bonus in the off-season.

“I’m a very hard critic on myself. I know I could play a lot better. There were games where the stat line didn’t show very good on my end,” Lawler said. “But I don’t really look at that stuff. It’s highlighted week in and week out. As long as I control what I can control, I know everything ‘s going to happen good around me.

“If the ball gets thrown my way, let’s try to get a catch for the guys. If I was to grade myself, I would give myself a C-plus.”

In and out: MLB Nyles Morgan (hip) makes his debut start coming off the six-game injured list … SB Caleb Holley is starting in place of the injured Kai Locksley (hamstring) … WR Hakeem Butler will make his first CFL start in place of the injured Derel Walker (hip) … DB/KR Duron Carter (ankle) draws into the lineup off the six-game injured list … Former Hamilton Tiger-Cats RB Maleek Irons will get his first start in green and gold … WR Raphael Leonard has switched over the line of scrimmage to make his first start at CB … Six-foot-four, 235-pound UCLA product Keisean Lucier-South will make his first CFL start on the defensive line … The Bombers will be without SB Greg Ellingson and DE Jackson Jeffcoat, both of whom have been placed on the one-game injured list.