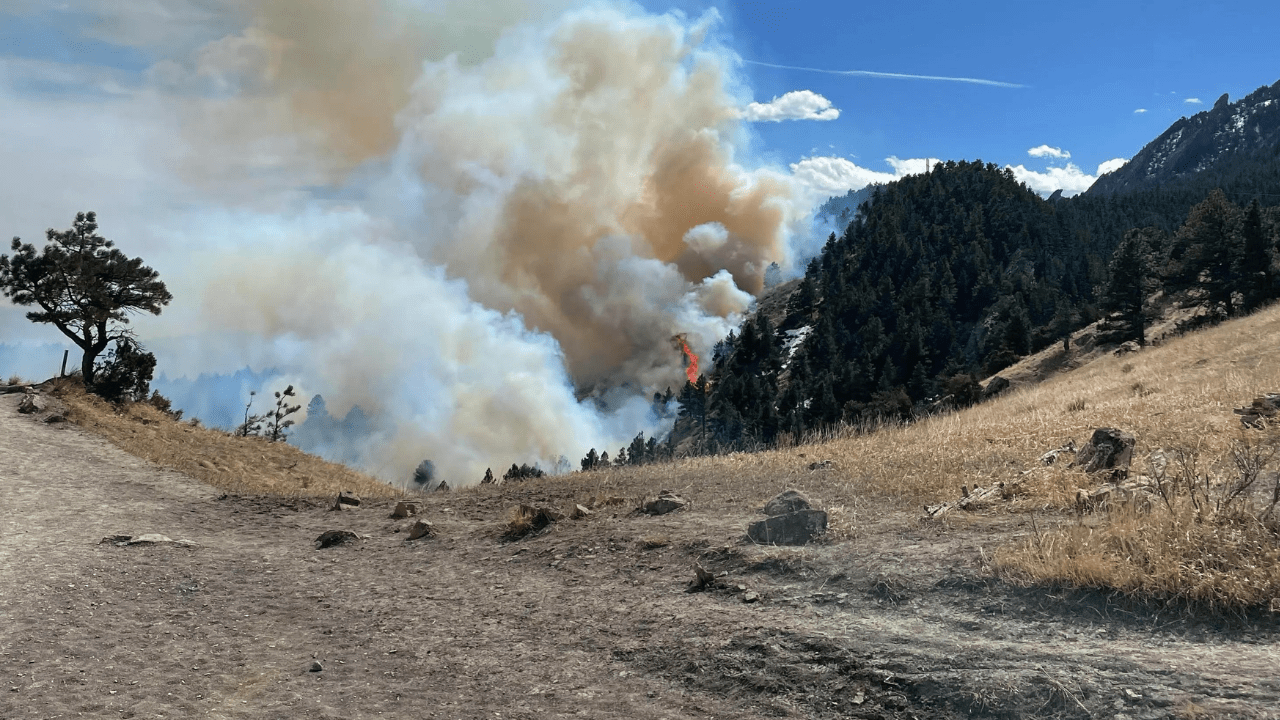 BOULDER, Colo. (KDVR) — A section of Boulder County is covered in smoke again — a familiar sight far too soon.

“Basically I moved in two days before the Marshall Fire. So I just moved all my stuff from the car, you know, and got it inside and then we had to evacuate very dramatically,” said Ben Holden. “It was my first, like, welcome to Colorado.”

For the second time in just three months, the NCAR Fire sent thousands fleeing from their homes. Dozens gathered at Fairview High School to watch, wait and document.

Peter Tillema was one of them. He saw homes go up in flames during the Marshall Fire, and he said this time, it was his turn to be displaced.

“This is the second round,” said Peter Tillema. “Enjoy the sunlight, and unfortunately watch a fire. But it’s a nice way to get out and meet people and get some fresh air and not the best circumstances for it.”

Holden decided to document while hiking in Eldorado Canyon Saturday afternoon when he came across the smoke and flames.

“Immediately, my mind went like, ‘Oh, this is a fire, like we should probably get down from this mountain.’ So that’s when I went around, we went around that ridge and basically just saw the fire itself and people running down and trying to get out of there,” said Holden.

Holden, his dog and a group of friends made it down safely, and he hopes everyone else along the trail did too.

“What can you do? You just get out of there, and you just huddle to safety?” Holden said.

Despite being new to Boulder, he has caught on to a popular sentiment in times of struggle.

“This community is strong,” Holden said. “I’m very happy to be here with the community, and no matter what happens,  we’ll rebuild.”