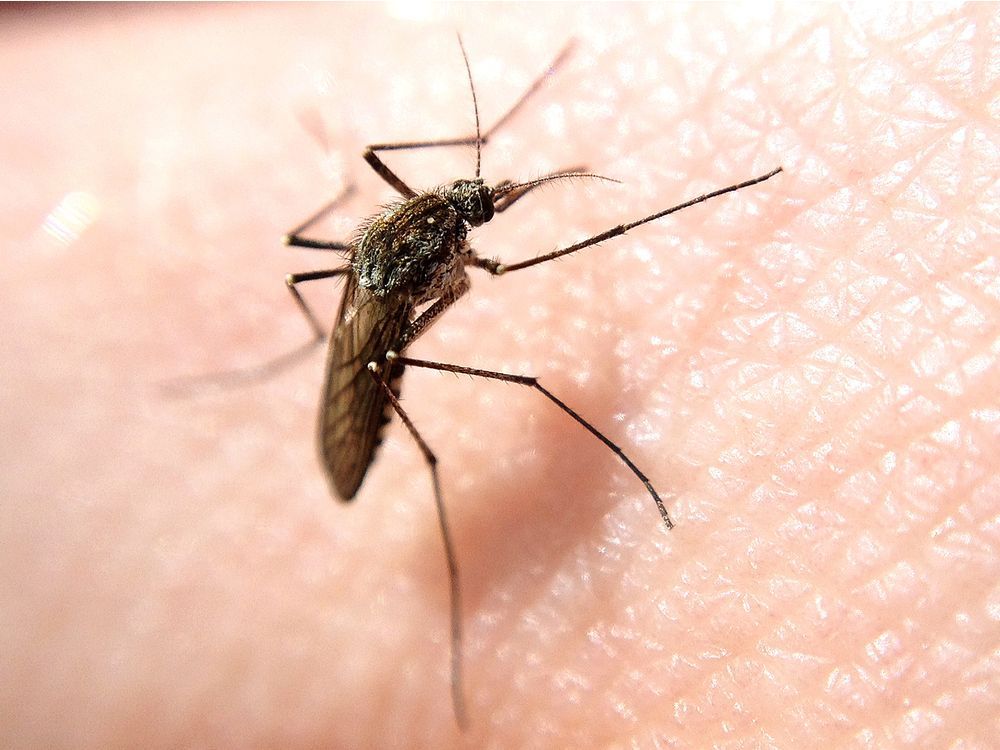 With the first false start of spring behind us, warmer weather is getting closer — and in Edmonton, that also means mosquito season.

The money ended up being reinstated for summer 2021, and council is expected to make a decision about this year’s program in the coming weeks.

City officials say the annual funding has been the same for a decade and it pays for two aerial campaigns per season, but ideally they would want to do three or four campaigns, which would add up to a $1.2 million annual cost.

The program targets mosquito larvae using a larvicide called Bti, which is a toxin produced by bacteria. Helicopters fly low over the ground, dropping pieces of ground-up corncob coated with the larvicide into standing water where mosquitoes are still developing into adulthood.

The helicopters drop the larvicide only in “temporary” bodies of water — not lakes, rivers or water reservoirs. Ground crews also spray a liquid form of it into ditches.

According to city experts, a single campaign of aerial treatment can result in reduction of hundreds of millions of mosquitoes — without it, staff said they’d expect to see the summer mosquito population double.

But a long list of people urged the city last week to stop using pesticides, including in the mosquito control program.

University of Alberta biological sciences professor Mark Boyce pointed out that Bti is a toxin that can be deadly to more insect life than just mosquito larvae, and that contributes to a decline in bird species that rely on insects for food.

At least one speaker said Edmonton should consider using pesticides to cut down mosquito populations only if there are concerns about mosquito-borne diseases, and it shouldn’t just be a matter of course.

Mosquito season is still ahead

There are more than 30 species of mosquitoes that are native to the Edmonton area, and City of Edmonton pest management co-ordinator Mike Jenkins told Postmedia that the first wave typically starts to emerge in late April or early May. Some can essentially hibernate as adults over winter, and start flying again almost as soon as the snow melts.

“Our spring mosquitoes are very well adapted to prairie winters,” he said.

Jenkins added it’s still a bit early to have a definite idea of how many mosquitoes Edmontonians might see as the seasons change. The insects proliferate in moist conditions, and it has been a very snowy winter, which means more moisture on the ground as it melts.

“The conditions are showing that we have the possibility of having at least normal levels of mosquitoes, if not higher than normal.”

An especially bad summer of mosquitoes in 2011 had Edmontonians clearing store shelves of bug repellent, and Jenkins said a very snowy winter was partly to blame then, too.

But last summer was also extremely dry, so water from the spring melt could get absorbed quickly and leave fewer mosquito breeding grounds.

Plus, there’s still the matter of when spring will actually arrive — there may have been plenty of melting last week, but Edmontonians woke up to a fresh layer of snow Saturday, and it could still be a while before the weather warms up for good.

“(Mosquitoes) go through faster (development) the warmer the temperatures are,” Jenkins said.

“Warmer temperatures mean they can fly more during the day looking for those blood meals and migrating from their emerging spots as well.”