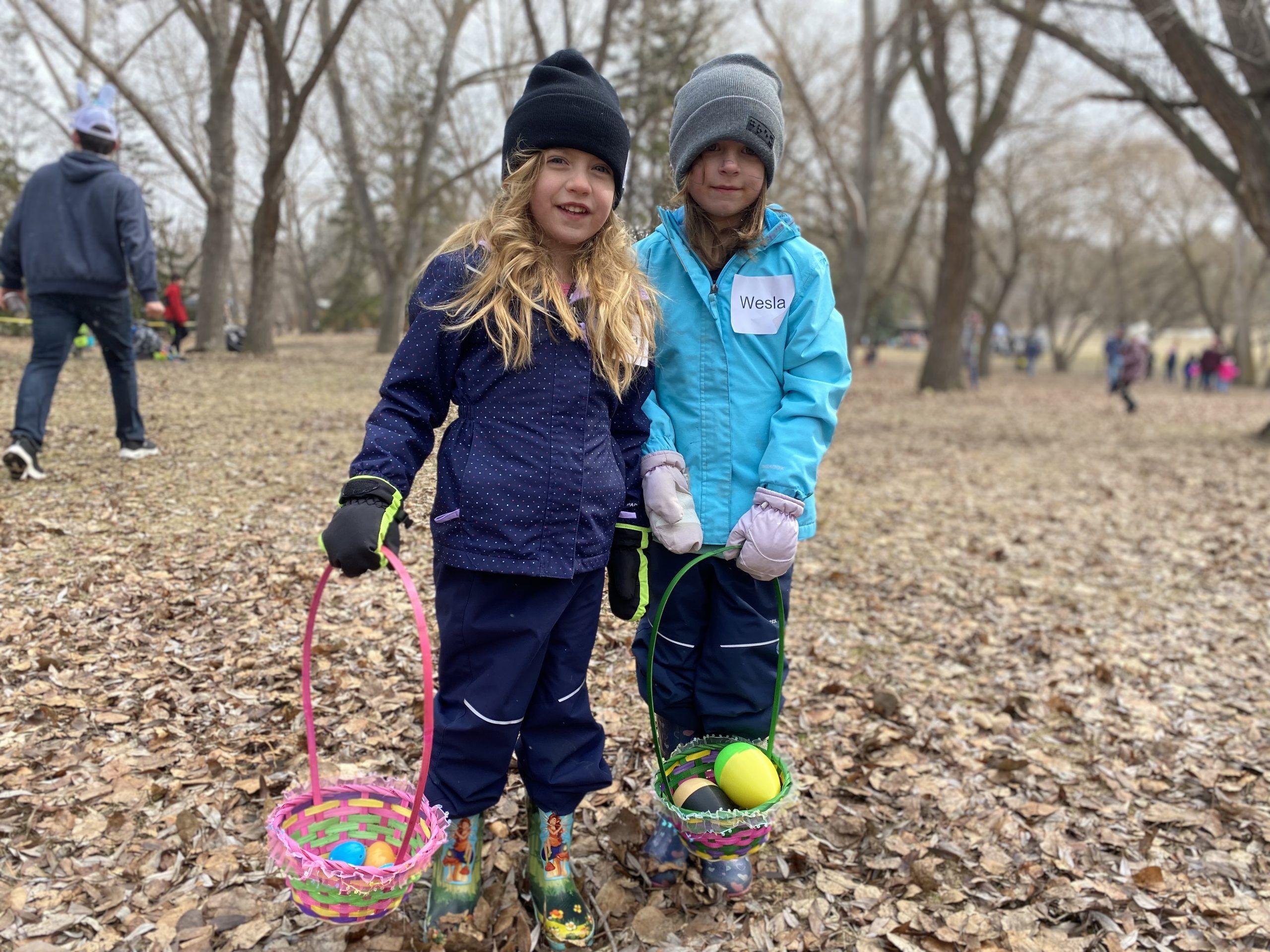 Edmonton police Const. Ryan Katchur didn’t want vision loss to hold children back from a good old-fashioned Easter egg hunt, so he called in the bomb unit to add a twist to a time-honoured tradition.

Two worlds collided, and the children — well, they had a blast.

The sound of about 100 beeping eggs rang out of Emily Murphy Park Saturday afternoon where more than a dozen youths combed the grounds —  marked off with police tape — for audible eggs designed just for them.

Katchur, who does “post-blast” forensic work for the crime scene investigation unit, said he pitched the idea of an inclusive Easter egg hunt to the Edmonton Police Foundation and bomb unit before teaming up with the Canadian National Institute for the Blind to make it happen.

“We want to help them with building their confidence and their independence as well as have fun and get candy,” Katchur said of the young participants.

While the collaboration is a novel one for Edmonton, Katchur said the idea came from a similar effort in the U.S. called The Rachel Project.

According to the International Association of Bomb Technicians and Investigators (IABTI), a member named David Hyche created a similarly accessible Easter egg hunt in Birmingham, Ala., in 2005 for his daughter Rachel, a two-year-old living with blindness.

The IABTI said Hyche sought help from the local bomb squad and other police organizations to construct the audible eggs used in the hunt.

“Bomb technicians are always working with wires, simple circuits and the like, so it was kind of a natural thing for them to put together a simple circuit for the beeping eggs,” Katchur said.

The effort also sought assistance from the Cyber Eagles, a teen robotics club in Strathcona County that helped 3D-print the egg shells and work with the bomb unit to assemble the devices, which children in the park Saturday exchanged for candy.

Six-year-old Alex Halloran appeared to have no trouble finding about seven or eight of the beeping gizmos herself.

“I’m going to get a lot of chocolate with all these eggs,” she told Postmedia mid-hunt.

Jennifer Halloran, her mother, said Alex’s visual impairment has made it difficult to participate in past Easter egg hunts, so the family had turned to organizing Easter egg scavenger hunts at home.

“She’s expressed frustration when we tried to do outdoor hunts with friends or cousins in yards the past couple of years because she can’t do it by herself,” Halloran said. “And she’s at an age right now where she is starting to realize that there’s a lot of things she can’t do in the same way as sighted kids.”

But the prospect of a hunt designed for Alex and children of her ability (on top of the pizza, root beer and bunny petting zoo also on site) left the six-year-old positively jubilant.

In addition to the treats, organizers brought enough beeping eggs for each participant with vision loss to take one home as a memento.

More than a reminder, Katchur said he hopes the participants will continue using the devices to hone their observational skills and strengthen their confidence.