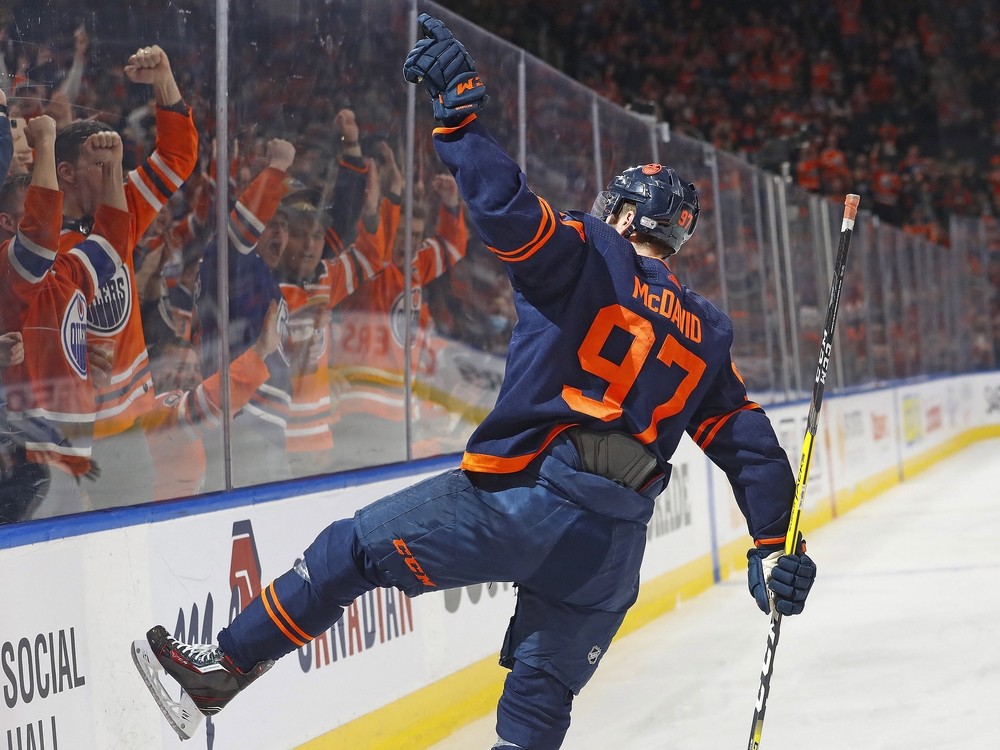 Guaranteed Win Night went off without a hitch.

A game the Edmonton Oilers had in the bank before they even left the ice Saturday night in Calgary played out exactly how everyone knew it would, with a team that just got spanked on national television taking out its frustrations on the last place club in the NHL.

There was absolutely zero chance Edmonton was losing this game. This was such an automatic the Oilers might as well have played their victory song, “La Bamba,” instead of the national anthems.

What it all means is open to interpretation, somewhere between ‘beating an Arizona Coyotes team playing the second of back-to-back games doesn’t undo what happened in Calgary,’ and, ‘the Oilers have righted their ship after an uncharacteristic flop in Cowtown.’

However you chose to categorize things, torching the lowly Coyotes 6-1 Monday at Rogers Place was some much needed catharsis after surrendering nine even-strength goals in their most humbling defeat in years.

“As a group, we were pretty motivated after that last game,” said Ryan McLeod, who led the way with two goals and an assist. “We just wanted to come hard off the start and got one early and started rolling.

“I think we showed resilience. Everyone was pretty frustrated and we came out pretty motivated. It was good to see our response. It is a good test down the stretch for us.”

And, just as importantly, it keeps the Oilers within striking distance of the second-place Los Angeles Kings, who will present a more meaningful test when they visit Wednesday.

But the business at hand was Arizona, and with the Oilers determined to wash the bitter taste of Saturday from their mouths and the Coyotes unable to put up much of a resistance at the best of times, the results were predictable.

“It was really important that we learned a lesson from our last game,” said goaltender Mikko Koskinen, who made 31 saves in a second star effort after giving up five goals on 12 shots against the Flames.

“We really wanted to bounce back. It was an embarrassing game on Saturday and I think we got exactly the result that we needed.

“Not just the result, but the way that we played. We didn’t give any odd-man rushes. We played well. That was the most important thing, with the two points.”

Edmonton led 2-1 after one period, 5-1 after two and cruised to victory in the third. The loss officially eliminated the Coyotes from the playoffs.

“It was a pretty businesslike mindset by our team heading into the game,” said Oilers coach Jay Woodcroft. “We did what we had to do in order to walk away with the two points.”

Granted, the Coyotes are little more than a three-foot tap in these days, but for an Oilers team looking to bury the past, this helps.

“Every time you face something like that, you want to go back as soon as possible and kind of wash your face after that kind of loss,” said Koskinen. “It was a good bounce back for the whole team, not just for me.”

After a day off Sunday, the Oilers regrouped Monday morning for some pointed meetings in advance of the Arizona game. There were some uncomfortable moments, but the message seemed to get through.

“Nobody was happy with the result the other night,” said Woodcroft. “We had a day off to think about it, stew about it and this morning we had some hard meetings, players were challenged and they responded.

“It’s a full credit to the players in the dressing room for honestly looking at their own personal games, our team game, and trying to come up with a recipe that is going to serve us well down the stretch. Now we’re looking for a measure of consistency.”

This puts the Slaughter in the Saddledome a little farther in the rearview mirror, which is what everyone in Edmonton wanted and expected out of this night.

“(Calgary) was one of those games you have to kind of throw away mentally,” said Oilers winger Evander Kane. “But you also understand what you have to do better so you don’t have it happening again moving forward.

“We look at our body of work over the last five or six weeks and we like a lot of it. We have that confidence and belief and we’re not going to let one game rattle that.”

Late hits: Arizona iced four defencemen who have fewer than 60 games of NHL experience: Vlad Kolyachonok played his 19th game Monday, Cam Dineen (20th), Kyle Capobianco (44th) and Dyson Mayo (57th) … Kane took four minor penalties in a row in a span of 7:41 late in the second and early in the third — roughing at 19:06, interference at 1:38, tripping at 4:32 and tripping at 6:47.