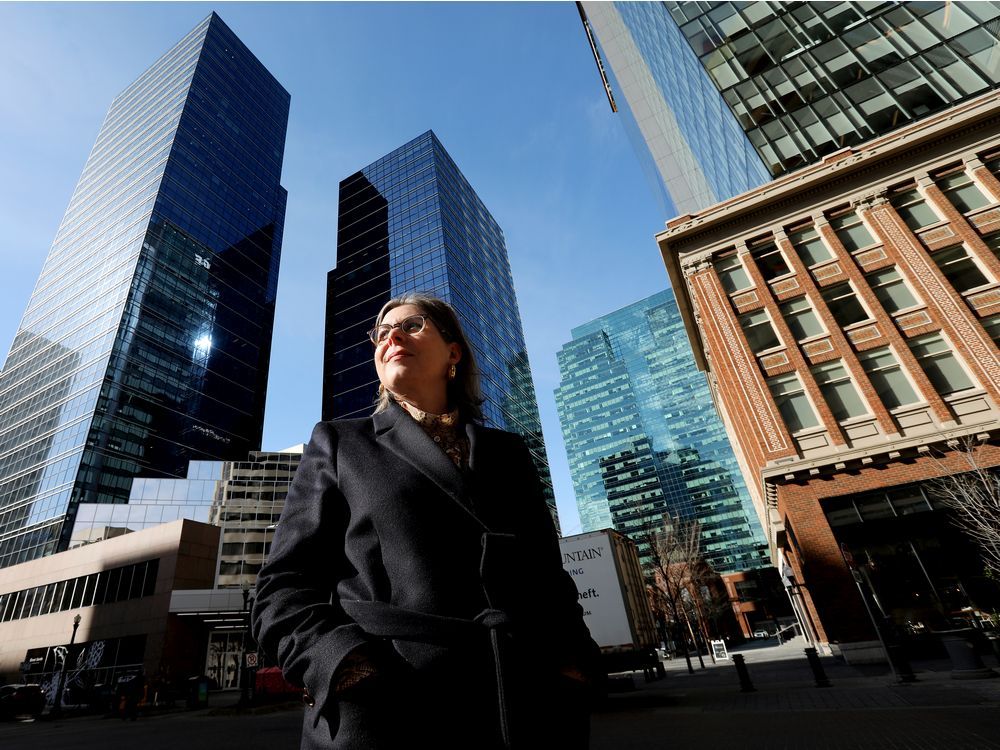 A coalition of developers is adding another voice to the call to help Edmonton’s Downtown recover after two pandemic years.

The Urban Development Institute (UDI), a group representing hundreds of companies involved in land development in and around Edmonton, announced an effort this month to call people back Downtown and focus on its growth after COVID-19 put a lot of progress on hold.

UDI executive director Kalen Anderson likened Downtown to a welcome mat for visitors and a business card for investors — it’s key to attracting people to live and work in the city.

“There’s an expression ‘so goes your Downtown, so goes your city.’ If we let our city centre erode or go under-supported … we’re going to miss a major opportunity to build the kind of city that people want to live in,” she said.

“Cities are super competitive. If investors come to downtown and they see tumbleweeds blowing down your main street, and they can invest anywhere, why would they choose your city?”

Anderson’s group is asking for an “all-hands-on-deck” effort to revitalize Downtown, with businesses, governments and community groups all working together.

Like most aspects of life during the COVID-19 pandemic, Downtown has been a shell of its former self. Businesses have been closed, live performances have been cancelled and streets have been noticeably more empty without the usual daytime complement of office workers.

The provincial work-from-home mandate for those who are able was lifted just a few weeks ago, and an Edmonton Downtown Business Association survey suggested that the vast majority of Downtown workers are planning a return to the office in the coming months.

Anderson said that’s one step toward breathing life back into Edmonton’s core, but UDI is also encouraging everyone inn Edmonton to “adopt” Downtown in April. She said taking part in all the things Downtown is known for — restaurants, arts, shopping — could help start good momentum.

“Even just enjoying a park and walking around, that’ll bring that sense of confidence back, a bit of economic energy that we really need to get our mojo back.”

Edmonton’s new City Plan lays out a vision for growing to two million people living in the capital. Anderson said a key piece of that is more residential development and supporting diverse industries that want to establish themselves in the centre of the city.

“It’s an important signal,” she said. “We want everyone to know that we’re here and we mean it.”